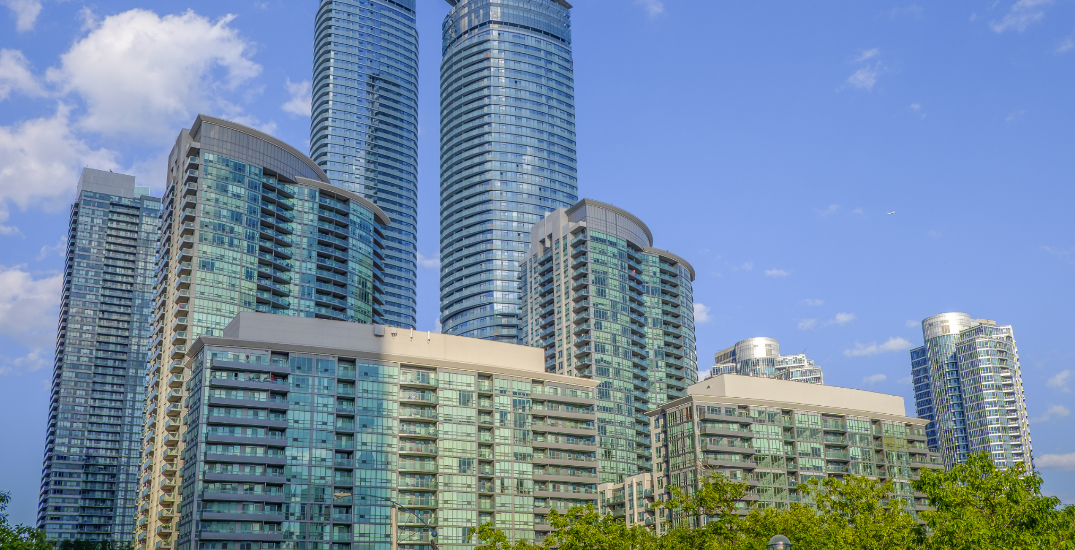 The Bank of Canada’s recent interest rate hikes have begun to reign in the GTA’s “feisty” condo market.

The impact of the 2.25% rise is “reverberating” across the region’s housing sector, says Jenelle Tremblett, a real estate agent with Strata, with condo prices dropping significantly.

Currently at $832 per square foot, prices in the GTA have declined 12% since March. Buyers are now paying an average of 1% below asking; during the February peak, they paid an average of 15% above the listed price. Inventory, too, has plateaued in recent months.

“The region overall is in a mild buyer’s market,” Tremblett noted.

But a different scenario is playing out in downtown Toronto.

Tremblett says supply has declined slightly in the city’s core, while the average price per square foot has increased every so slightly as people return to the office.

With rent skyrocketing in the city, Tremblett says would-be sellers who aren’t attracting the price they want are relisting their condos on the rental market instead, a tactic that could help explain the recent spike in terminated listings.

In Toronto, the average lease price for a condo is currently $2,700 per month— a 15% increase in the last year. Renters are typically paying 1.5% above the listed price, and it has become commonplace to offer several months of rent upfront to beat out the competition.

“The rental market is still fierce as ever,” Tremblett says.

In their recently-released July 2022 National Rent Report, Rentals.ca and Bullpen Research & Consulting predicted that rent growth will only continue.