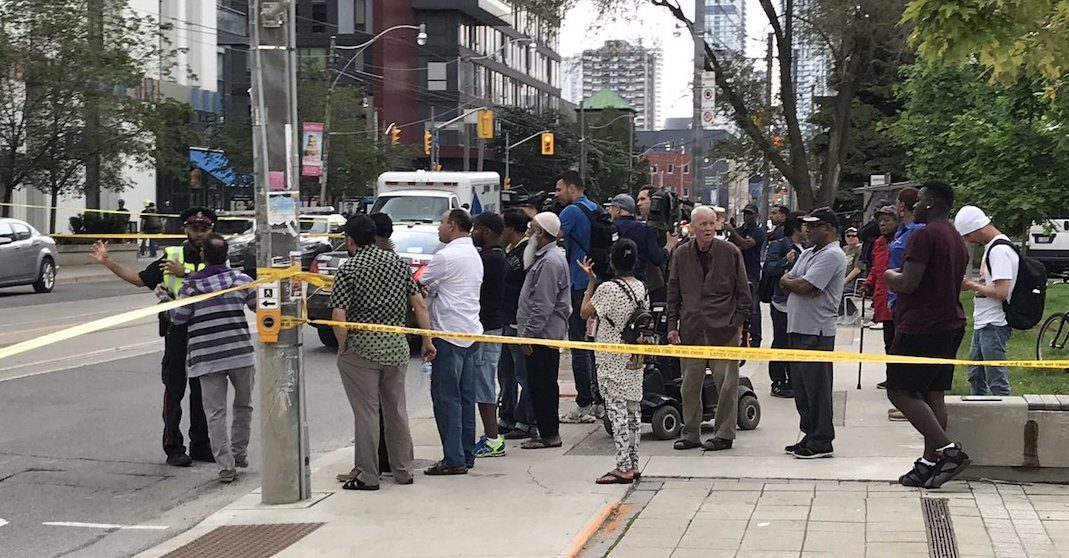 A woman has died after being struck by an alleged impaired driver in Regent Park on Thursday afternoon.

Just after 1:30 pm, police were called to the area of Regent Park Boulevard and Dundas Street after receiving reports of a car colliding with a fire hydrant and pole.

When police arrived at the scene, they located a female pedestrian unconscious with severe injuries, according to police.

Police later confirmed the woman had succumbed to her injuries and died at the scene.

The driver originally left the area on foot but was located by officers and arrested for impaired driving. The male driver remains in police custody.

Dundas Street is now closed and police are advising the public to consider taking alternative routes as the investigation will take hours.