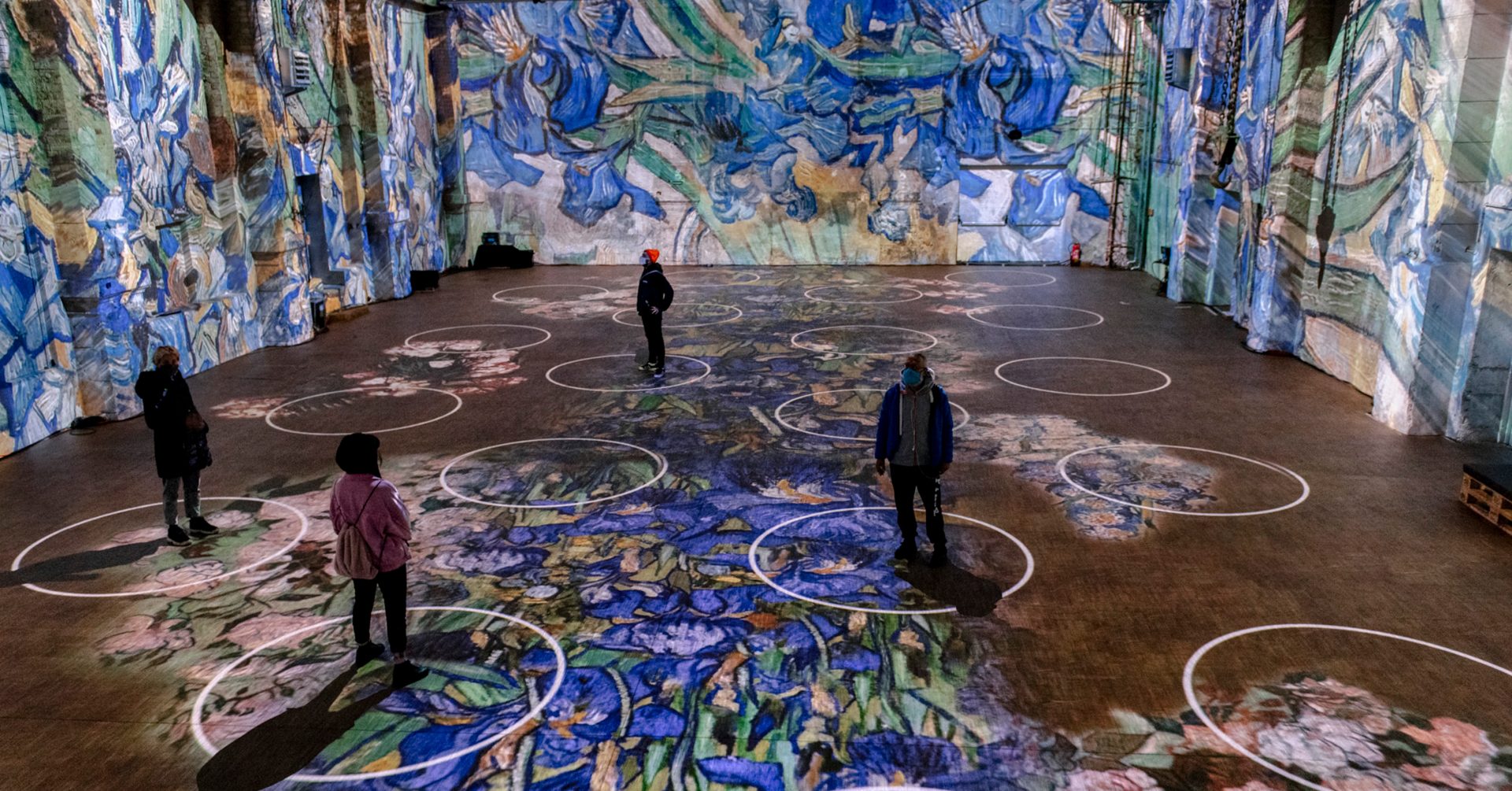 Just days after the City of Toronto said it is looking to incorporate social distancing circles in parks, Immersive van Gogh has announced it will be doing the same.

The immersive experience recently announced the world’s first drive-in exhibition, and now they’re looking at plans to integrate social distancing circles into the immersive digital art experience when it officially opens its doors to visitors in July.

According to organizers, first it was the Gogh by Car, and now preparations are underway to allow patrons to Gogh the Distance.

“We are optimistic that cultural venues and destinations will soon be able to open to larger gatherings; and we are taking every measure to ensure that our patrons will be able to fully engross themselves in the incredible scale and visual impact of the art, film and sound experience –without worrying about social distancing,” said Svetlana Dvoretsky, co-producer, Lighthouse Immersive.

“so we thought why not project these circles within our 600,000 cubic feet venue, so that it becomes part of the presentation and integrates into the moving projections of van Gogh’s masterpieces.”

The exhibition will feature a curated selection of images from van Gogh’s 2000+ lifetime catalogue of masterpieces including the Mangeurs de pommes de terre (The Potato Eaters, 1885) to the Nuit étoilée (Starry Night, 1889), Les Tournesols (Sunflowers, 1888), and La Chambre à coucher (The Bedroom, 1889).  Italian film producer Massimiliano Siccardi is the creative director; with original music by multimedia composer Luca Longobardi, who is renowned for bringing together classical and contemporary genres.

The premiere of Immersive van Gogh is slated for July 1, 2020; or as soon as it is safe to open under the advice of government officials and health agencies, said organizers.

The Immersive van Gogh premiere will follow the limited time drive-in preview, Gogh by Car, and those who purchased tickets to the drive-in will have access to the walk-in exhibition. The drive-in concept will open from June 18 to 28, 2020.