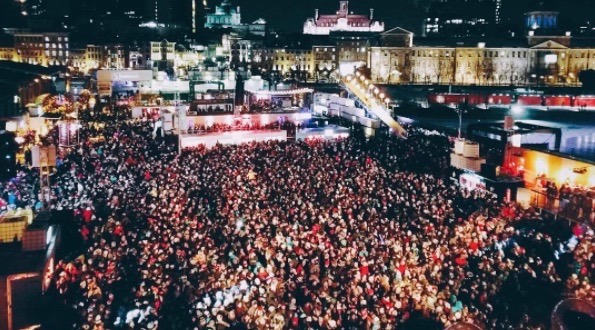 A proposal from Piknic Electronic is going to the City of Toronto to bring Igloofest to the 6ix.

The popular Montreal winter music festival has been taking place in the city’s Old Port for the last 11 years. It’s been a major success for the organizers, and brings some of the hottest music events to the city during the bitter cold months of January and February.

And now Piknic Electronic is hoping to be in Toronto in February, 2017.

According to a proposed event listing for Nathan Phillips Square submitted by Chief Corporate Officer Josie Scioli, Igloofest has requested permission to use the square on February 17 to 20 to “solicit for donations, host ticketed performances, sell alcohol and use open flame and special effects pyrotechnics as performance elements.”

Traditionally, Nathan Phillips Square prohibits “gated or ticketed” activities, along with the sale of alcohol and use of open flame and special effects pyrotechnics as performance elements without the approval of Council.

The proposal is on the November 15 Agenda for Toronto and East York Community Council.