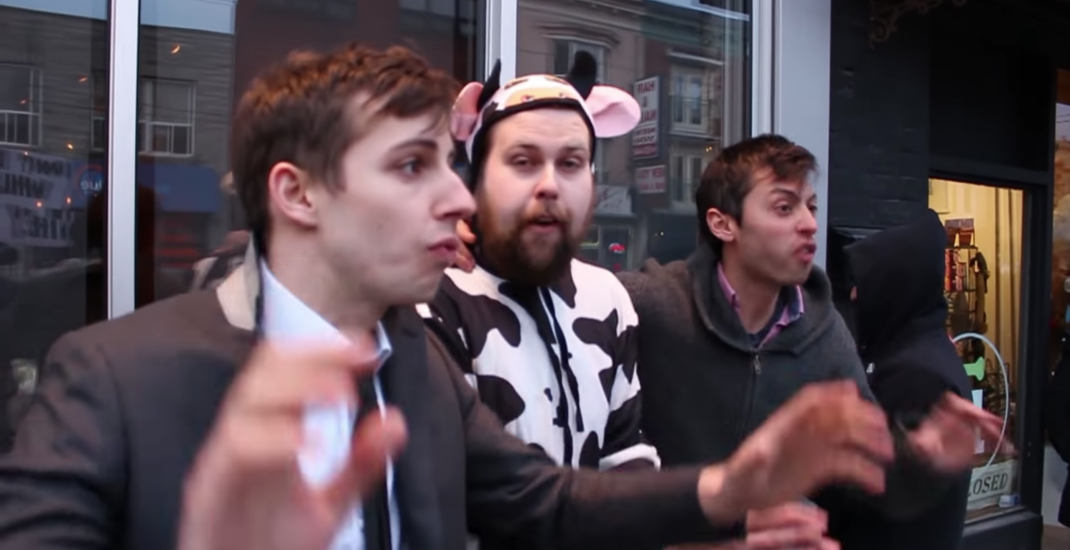 While demonstrations by animal rights activists have continued outside the restaurant on a near weekly basis since March, the cause isn’t attracting the intended support.

Most recently, the protests have inspired a YouTube “prank” on a channel from Live Dudes featuring Andrew Harris, Cameron LaPrairie, Tyler Morgan.

In a video posted by the comedy troupe earlier this week, the trio – one costumed in a cow onesie – announce to the protesting crown outside the restaurant that “this is a performance art piece,” before acting out a vignette that, at first, seems to endorse the animal rights movement before devolving into absurdity featuring two actors drinking milk straight from the cow’s udders.

The protesters are not amused – which is partly what makes the whole thing funny.

The “prank” video is just the latest example of how the ongoing demonstrations are ineffective. Hunter has since made an appearance on The Joe Rogan Experience Podcast, the restaurant received an outpouring of support and promises of patronage from across the Internet and reservation books are full.