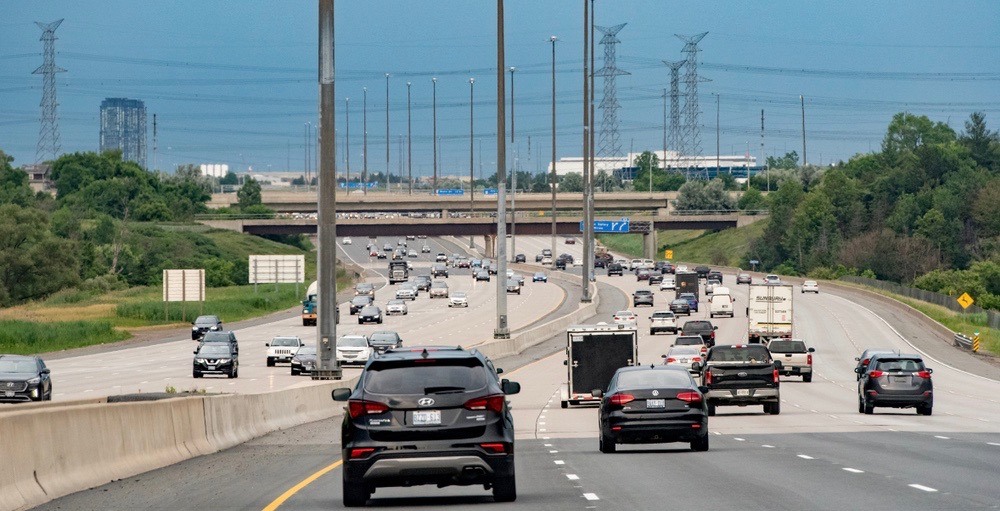 Starting next month, drivers who use Highway 407 will notice an increase to their monthly Express Toll Route (ETR) bills.

Starting February 1, new toll and fee changes will come into effect for those using the 407 ETR, with some 407 ETR expenses going up by as much as 25%, depending on where you’re travelling and at what time of day.

The increases help ensure the highway remains safe and free-flowing for the tens of thousands of Ontario families and businesses who rely on it everyday.

Travelling on the 407 in zone 2, which is between the 427 and Hurontario, is now going to cost drivers as much as 54 cents per kilometre in morning and afternoon peak hours, which is about a 25% increase.

Other nearby zones are seeing increases of 14% and higher.

The company is also is also upping the charge for Annual Transponder leases to $24.50 from $23.50 and the camera charge for light vehicle customers without a transponder to $4.20.

The increases follow a year of “major investment,” as 407 ETR added a new lane in each direction at the east end of the roadway, added new bridge structures, resurfaced many kilometres of existing asphalt and concrete lanes, according to the company in a statement. The company also completed a multi-year project to update its roadside technology.

While there are many price increases coming, some prices have remained the same this year, including the Monthly Transponder Lease Fee is ($3.95), The Monthly Video Account Fee ($3.95), and the Trip Toll charge for light vehicles ($1).