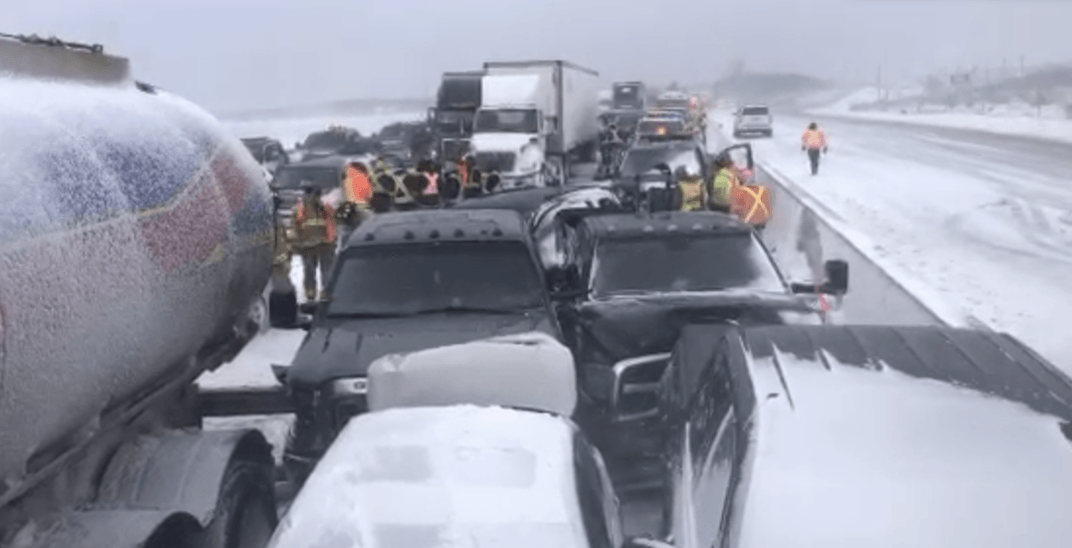 Highway 400 remains closed this afternoon after a multi-vehicle crash shut it down on both directions near Barrie.

According to Barrie Fire, up to 70 vehicles were involved in the pile-up on Highway 400. Only minor injuries were reported.

Just after 4 pm, the OPP tweeted that the highway remains closed in both directions, with no reopening time yet.

OPP Sgt Kerry Schmidt was on the scene before noon and showed a fuel tanker was also involved in the accident. His videos show blowing snow, and near whiteout conditions in the region during the accident.

In his latest tweet, Sgt Schmidt said that the vehicles have been removed from the highway, but it remains closed for “plowing and road repairs.”

Barrie Transit was on location earlier, as transit buses provided warmth and shelter for those involved in the pile-up.

On Monday morning, the OPP said that “dangerous snow squalls with blizzard-like conditions across many regions throughout southern and central #Ontario continue,” and advised drivers to avoid non-essential travel.