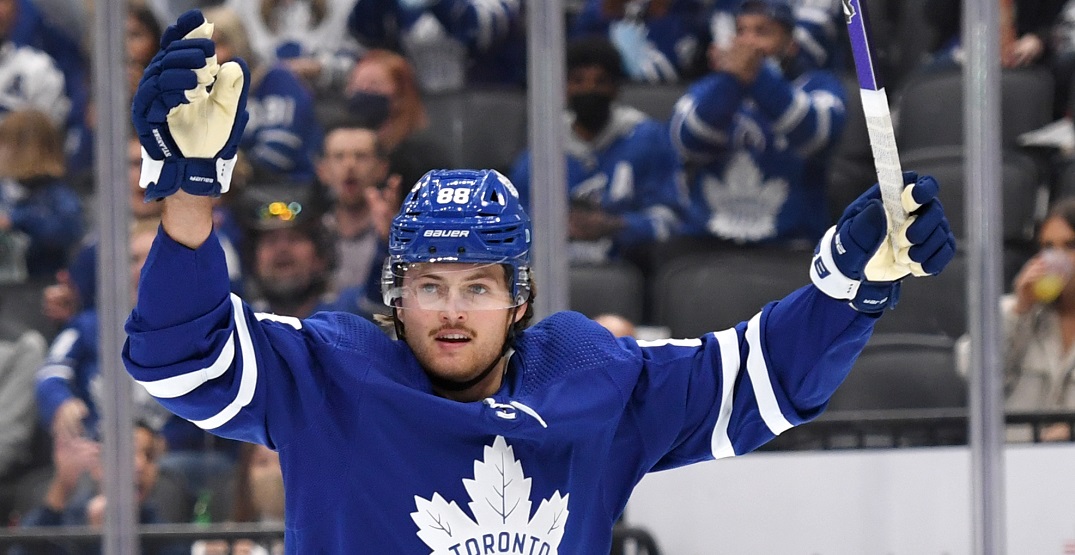 The Toronto Maple Leafs are set to debut some new lines ahead of tonight’s season opener.

The Leafs start things off against an opponent they probably know a little too well; the Montreal Canadiens. In the first round last season, the Canadiens knocked them out of the playoffs.

Injuries to Auston Matthews (who should be back soon enough as he recovers from wrist surgery) and Ilya Mikheyev (who’s out long-term following a thumb surgery) have made head coach Sheldon Keefe’s job just a little bit tougher.

Here’s how the Leafs look to line up tonight in game 1/82 (via David Alter), with game time set for 7 pm at Toronto’s Scotiabank Arena:

Marner got a little banged up in practice yesterday, exiting the skate earlier. Keefe said Wednesday morning Marner was a game-time decision, though he did join the Leafs for today’s optional skate.

Outside of the loss of Zach Bogosian, the Leafs’ defensive units are remarkably unchanged from last season.

Jack Campbell gets the start on Wednesday night, which presumably means that Petr Mrazek will make his Leafs debut in Ottawa tomorrow.

For a proper pronunciation of their player’s names, the Leafs even put out this helpful video earlier today: