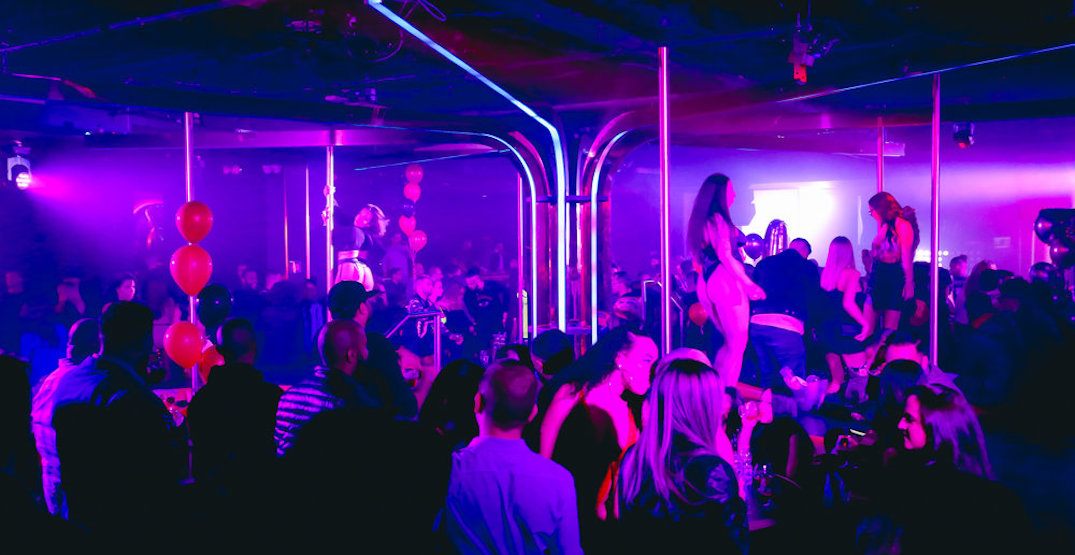 There were boobs, just like any other “strip club,” but this place was different.

After entering through a long hallway, lit with neon signs all about “her,” I walked into a new concept… literally.

Before I fully divulge, let’s say I am quite an expert* on this topic. I’ve previously visited such fine establishments in other cities, and written about them**.

So when a place known as the first “social playground with a unique adult license that is directed towards both men and women,” opened near Toronto, I was intrigued.

The last social playhouse I wrote about involved men dancing naked, this one / these ones didn’t. (Whaaat? There’s more than one? Oh yeah.)

And since every great adventure includes a great road trip, I was off to Mississauga. 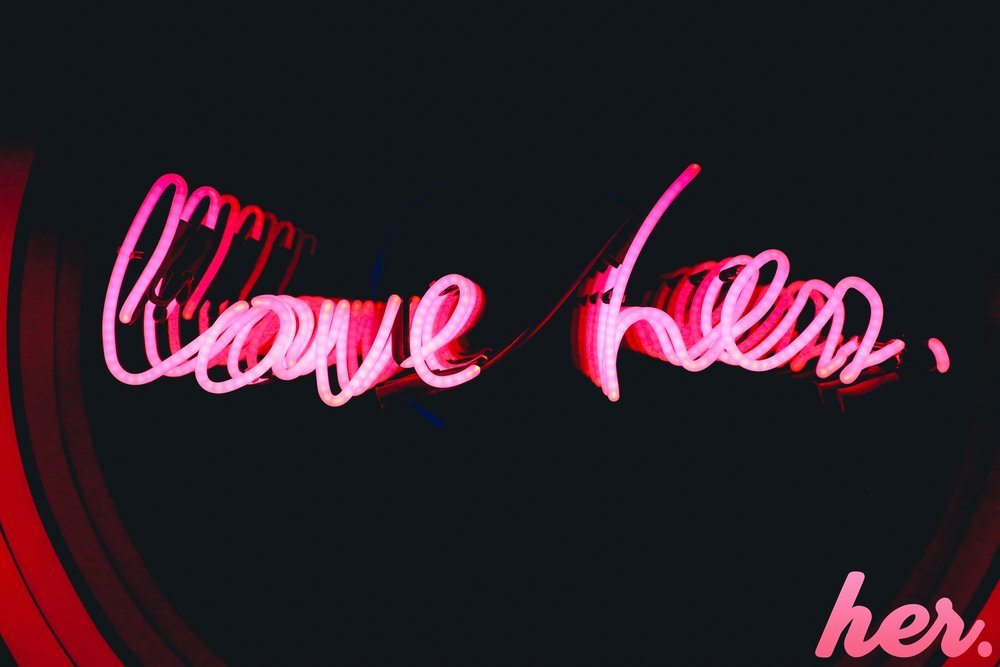 There I was, on a random Saturday night, standing at Her’s entrance, where staff raved — of all things — about a giant gum-ball machine inside. Free gum. Cool. But this night was not to be about balls.

Like my clueless, but supportive, friends (who joined me on this ‘Sauga ‘rippers adventure), I had no idea what a “social playground” concept looked like or meant. But, to get to said gum-ball machine, you have to walk through the main dance floor, which has several small raised platforms for exotic dancers to perform on.

The playground also included a large raised stage in the middle of the massive room that’s equipped with poles and surrounded by booths for your bottle service experience. 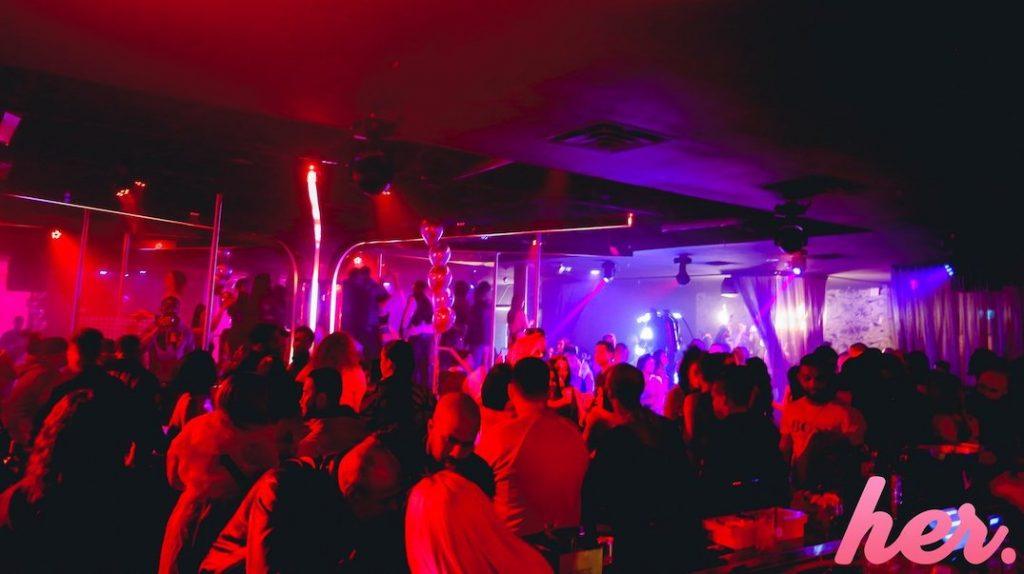 But the exotic dancers on these poles weren’t as naked or ‘lewd’ as the ones you’d find, say, at another strip club located in a strip mall down the street (preview to what’s coming).

The talent were more like performers and acrobats, even contortionists.

And yes, they show boobs. And also, yes — we saw plenty.

But that was as far as the stripping went. Basically, a regular club experience, in a space catering to women, with topless women on polls. Not to mention, everything from pink neon signs to “Vogue” type imagery, also happens to make it an Insta-heaven. 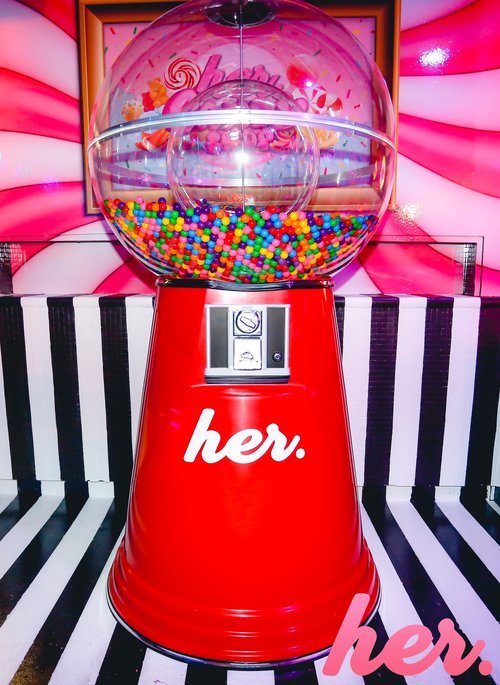 The giant gumball machine/ Her

This is a foreign concept to experts like myself. In fact, to prove the theory and for research purposes, my Saturday night crew of willing participants and I headed down a few blocks to, uh, another plaza housing a well-known local strip club… in Mississauga.

Once there, the first thing we’re told is that photos aren’t allowed.

Which is understandable, considering this second strip joint featured more of the ‘traditional’ affairs you’d expect to find at such establishments. Think: fewer acrobats, more shows-featuring-unsuspecting-male-participants-being-whipped, among other things.

We may have also been the only group of women at this second place (at least not on stage).

There we were, going from a Cirque-du Soleil-esq strip show to a series of full (NSFW) vag views. The dancers walked around in nearly nude clads in the highest heels humans could possibly walk in. Honestly, pretty impressive.

As our Saturday night wound down, we stepped outside the strip club to look for a place to take some awkward selfies to remember our ‘Sauga escapade.

While photos were allowed at Her, we barely ended up taking any as we immersed ourselves in our evening adventure… in a place where photos are encouraged. Where charcuterie boards AND boobs are on the menu. And the gum is free. 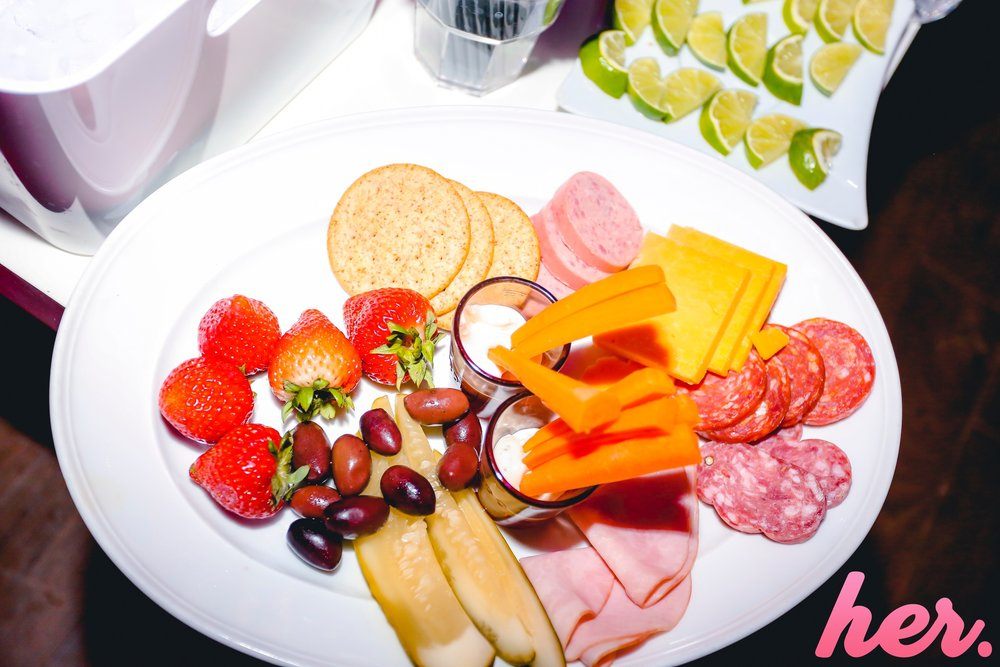 *Has written about a strip club once before.
**Once.

Editor’s note: The author of this piece has decided to remain anonymous, mostly to return to these fine establishments.