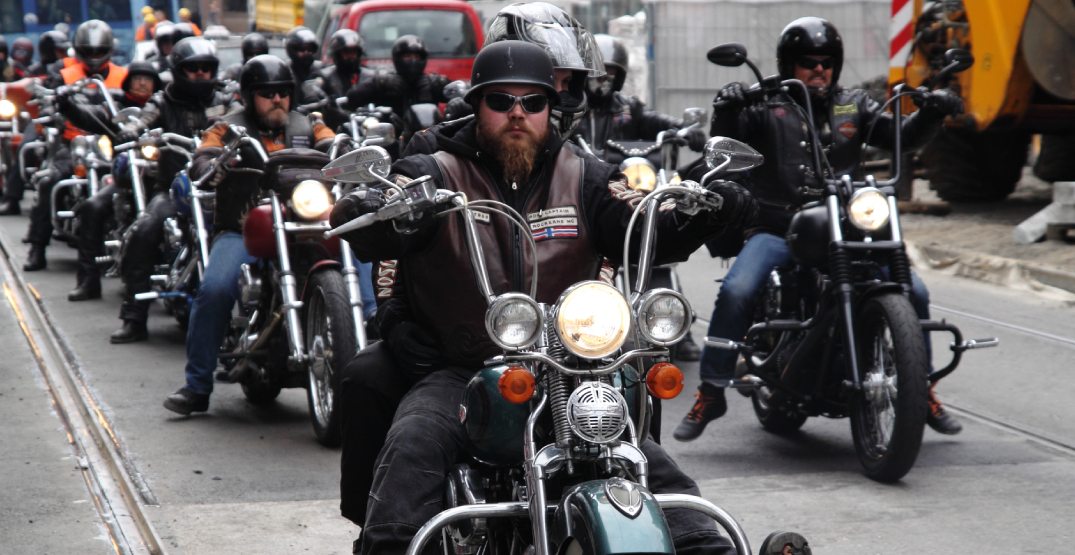 Hundreds of Hells Angels bikers have arrived in Toronto for an “unsanctioned” motorcycle convoy.

The motorcycle club is gathering its 800 to 1,000 members and going on a memorial ride to honour one of its longtime Toronto members, Donny Peterson, who died December 2021.

Carlaw Avenue is closed to traffic between Eastern Avenue and Lake Shore Boulevard East in @TPS55Div. A lane for emergency vehicles is available for local residents and businesses. Officers will assist local residents & traffic as needed. pic.twitter.com/EVh12C5T4G

In another tweet, police say officers are on the scene to help direct traffic. Carlaw Avenue will reopen once the street is cleared, likely at around 7 pm.

Those in the Leslieville area can expect an increased police presence. Many business owners on Carlaw are expressing their frustration with the Hells Angels gathering.

“The cops aren’t letting our clients into our office today. We are losing business, same with our neighbours,” writes one individual on Reddit. Another comments that they can hear a news chopper hovering over the area.

The owner of 7 Wonders Fine Foods, a catering company at 96 Carlaw Avenue, tells Daily Hive the office took the afternoon off because of the event.

Hazel Belacruz, who works at Cinq nearby, tells Daily Hive her business was given fair notice of the road closure due to the procession.

She says the community received one letter on Tuesday and a second one last night reminding everybody of the impending closure. The business was able to coordinate with delivery drivers before police closed off the surrounding area.

Daily Hive called other businesses, including cafes and restaurants, but has not received a response.