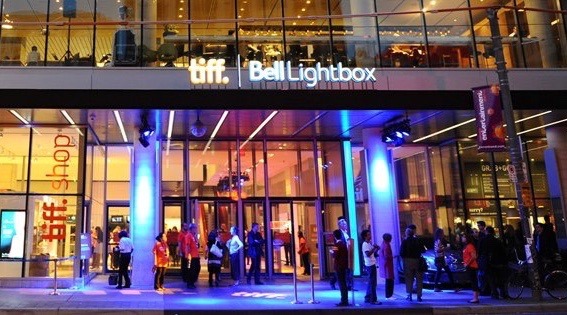 So you’re a TIFF virgin but you don’t want anyone to know?

Well, it is possible to blend in with all the grizzled festival veterans and act like you know what you’re doing. All you have to do is read our handy cheat sheet!

We’ll tell you what to wear, when to show up, and how to make sure you actually get tickets.

How to get tickets

TIFF’s 2016 schedule was released yesterday, so go here and study it to prepare your TIFF wish list. Single tickets for screenings go on sale at 9 am on September 4th. When they say 9 am, they mean exactly 9 am. Do not wait until 2:30 pm and think there will still be lots of selection. If you have your heart set on seeing a particular film, be it Olivier Assayas’ Personal Shopper, or Ewan McGregor’s directorial debut American Pastoral, you need to get aggro in your buying approach. Tickets can be bought online at the festival website; however, the site has been known to crash the morning single tickets open to the general public, so clear your schedule and refresh, refresh, refresh!

Know the difference between types of screenings

At TIFF, not all screenings are created equal. “Galas” and “Special presentations” are formal screenings that typically feature the talent and the director. These are what’s known as the “premium” tickets. These events feature Q and A discussion following the screenings. The cast and director actually take questions from the audience, so it’s an orgasmic experience for film lovers. Of course, you pay for the privilege of attending these fancy pants film screenings, as they cost $49 versus $25 for regular screenings.

Are you under 25 or over 65? If so, you get a discount on TIFF tickets! Seniors and youngsters pay only $38 for premium screenings, whereas regular screenings will only set you back $20. Congratulations, you just saved yourself enough money to buy a latte to drink while waiting in line!

Rush tickets are a thing

If you sleep in on September 4th and can’t get those tickets to the new Denis Villeneuve film, you still have a glimmer of hope in the form of rush tickets. Rush tickets are sold a few minutes before the screening starts, but getting them is more competitive than winning Olympic gold in the Long Jump. Get to the rush line as early as possible the day of, or the tickets will go to a more deserving superfan who got there two hours before you.

They add screenings toward the end of the festival

Get the lingo right

If you refer to The Toronto International Film Festival it by its full name, you’ll sound like a novice. We know you are one, but that doesn’t mean you need to make it so obvious, does it? Always refer to it by the acronym TIFF, or simply as “The Festival.” People in the know will know what you mean. Another TIFFism is that veteran festival goers find it hilarious to say “yar,” like a pirate, in response to the anti-piracy warning that flashes up on the screen before films. I cannot explain why this is funny.

Get to the line early

Traditionally, TIFF tickets tell you that you must arrive at least 20 minutes prior to the show, or they won’t let you in. This does not mean to show up 25 minutes in advance. Oh no! Unless you’re Ivan Reitman, there’s no reserved seating at TIFF events. It’s first come, first serve for the general public, and at most TIFF venues (especially for premium screenings), not all seats are created equal. While Roy Thomson Hall is a Toronto treasure, it wasn’t built with watching a movie screen in mind. If you want a good view, get to the line at least an hour and a half prior to the screening. Even then, there is no way you will be the first person there. Waiting in line for hours at a time is a proud tradition for festival veterans.

The most important advice I can give you for surviving the interminable TIFF lines is to wear flat shoes. I know heels are cute, and you may want to dress up if you’re attending a gala or a special presentation, but make yourself pretty by picking up some patent slats or a pair of adorable sandals. You’re 6-inch heels may look fierce with your new mini skirt, but trust me, you’ll regret it and end up offering to pay a million dollars to purchase the Keds off some random passerby.

The winner of the Toronto International Film Festival is determined by TIFF audience members. In that regard, all viewers are created equal. Your vote counts as much as Rachel McAdams’ does! If you see something and you love it, use your ticket to vote. Don’t worry, the festival volunteers will give you instructions at the screening to ensure you don’t mess it up. Past festival winners include Room, The King’s Speech, and Slumdog Millionaire. TIFF is considered one of the primary predictors for the Oscars, so apparently Torontonians have a flair for identifying great films! Take that, Cannes!