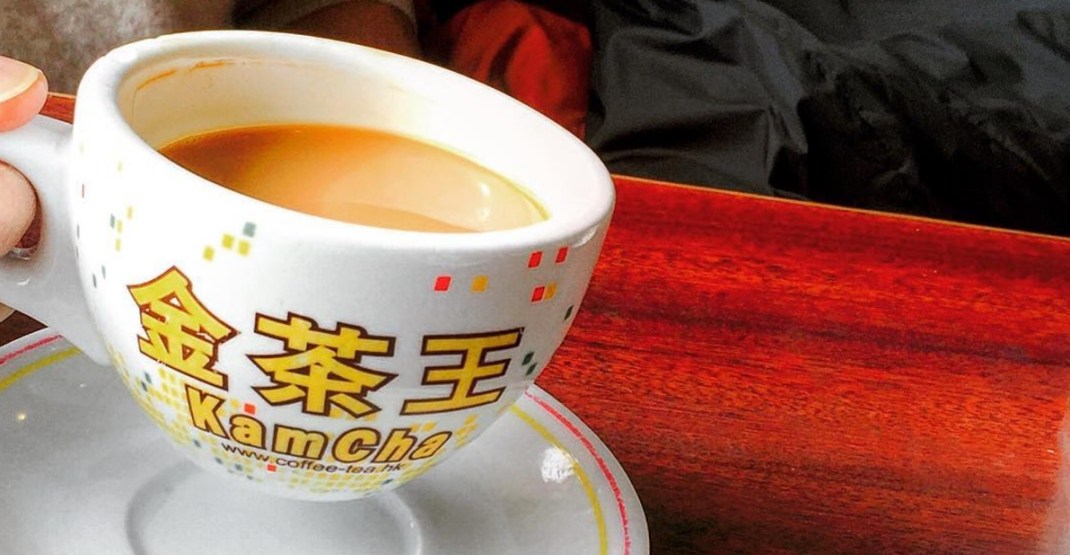 Hong Kong diners, or Cha Chaan Tengs, are common across Toronto and the surrounding suburbs, serving a classic assortment of oriental variations of French toast and Portuguese chicken. And while the food is great, the drinks are the most notable part of these places.

This guide will let you know what to drink next time you’re at a Cha Chaan Teng.

Asia really likes its milk tea—to the extent that every country has their own variation. Hong Kongers sieve their tea through a net that resembles a pantyhose (which is why the drink is also called pantyhose/silk stocking milk tea) to bring out a tangy flavour from a mixture of ground black teas. Evaporated milk and sugar are added after the leaves are sieved and steeped. The drink is served both hot and cold.

Find it on the menu at New City Restaurant and Marathon Donuts & Coffee.

Using the same brewing method as the milk tea, this variation (a staple on menus including at Lucullus Bakery) replaces the evaporated milk with three to four slices of lemon. The drinker has to smash the lemon slices with the provided spoon—and straw if it’s the iced version— to mix in the citrus. Vita, a popular drink brand, also packages this lemon tea in juice boxes, creating the Hong Kong equivalent to Nestea.

Yuenyeung is a combination of coffee and tea. Popular in other countries such as Malaysia and Ethiopia, the Hong Kong version uses the pantyhose tea, coffee, evaporated milk, and sugar. The name Yuengyeung comes from Mandarin ducks, which represents the love between two partners in Chinese culture.

The combination of tea and coffee has a creaminess that is enhanced by the evaporated milk and can be found on the menus at Deer Garden Signatures.

Both Horlicks and Ovaltine are popular drinks around the world. Ovaltine is a milk flavouring powder made from malt and whey and has a cocoa taste to it. Horlicks is also a powder used with milk and is made from malted barley and wheat flour. Both drinks taste great hot or on the rocks. and are available for order at cafes like One Ten Cafe.

Red bean ice is a delicious treat found at places like Toronto’s Phoenix Cafe—a combination of red bean, crushed ice, milk, and vanilla ice cream. Bubble tea straws are used to slurp up the red beans and a long spoon is provided to eat the ice cream. If you consume it too quickly, be warned of brain freezes. (It’s hard not consuming it quickly when it’s so good.)