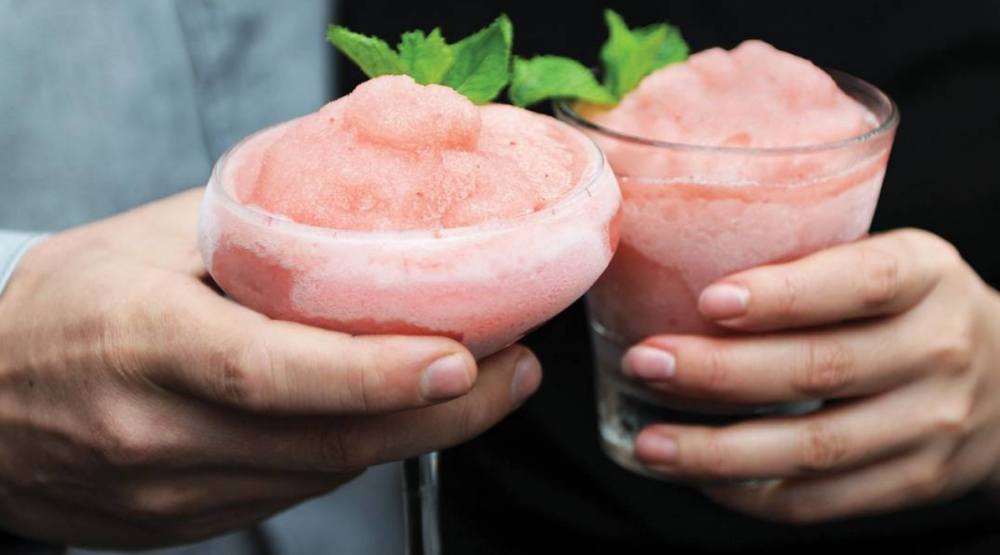 It’s getting out out there Toronto! With temperatures soaring we’re all looking for ways to cool off and what could be better than slushies?

Tapping into those nostalgic summer memories sipping Big Gulps in a parking lot but also spiked with an adult twist, here are the best frozen slushies in Toronto that will very likely give you brain freeze.

The newly opened Thai bistro in Toronto’s Gay Village is serving up slushies by the bucket. Try the Beer-Plus-Rita featuring a bottle of Corona dropped upside down into a bucket of tequila spiked lemonade slush, or opt for the multi-coloured, vodka-based bevy called the Jolly Bear & Friend Kamikaze.

Frozé all day! Perhaps the slushie of summer ’17, this refreshing libation features a blend of rosé, strawberries, elderflower, vodka, and lemon.

Get tropical at this Haitian snack bar where icy drinks on offer include Pina Colada and Rum Negroni Slushies.

Slushies and ramen are a perfect pair at Dabid Chang’s Toronto noodle house. Look forward to frozen flavours like the Seven Spice Sour featuring sake, togarashi, yuzu, and lime, or try the Cran-Blossom, a blend of sake, cranberry, and orange blossom.

While not quite a slushie per se, Polar Pints available from this Japanese pub featuring a swirl of sub-zero foam over an icy cold Sapporo.

Cider slushies. Yes. It’s a thing. This brew pub in Greektown makes the stuff with a frozen Pommies base done in original flavour as well as with a rhubarb-apple cider.

Slushies are a menu staple at this King West hot spot and here the bar goes hard offering an ever changing line up of frozen takes on classic cocktails like recent examples, Midnight Sling Slushies, and Moscow Mule Slushies.