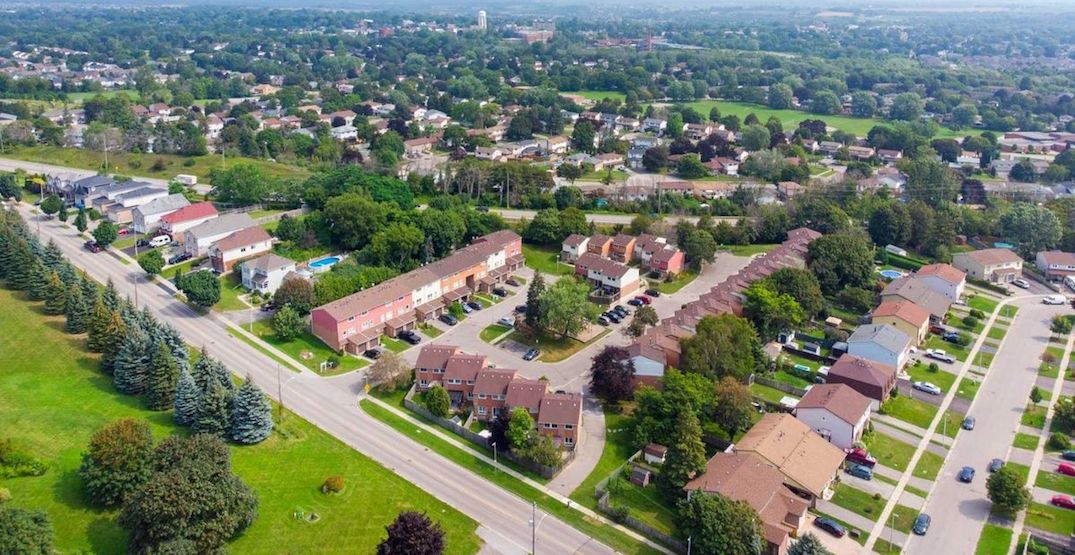 As would-be Toronto homebuyers were pushed further and further out of the city due to skyrocketing home prices, houses in the GTA suburbs, particularly townhouses, have boomed.

A new report from Strata.ca dug into the data on suburban sales and found that townhouses dominated the list of the most in-demand condos in the GTA.

“Buyers are looking for the best mix of space and affordability, which is more easily found in the suburbs,” said Strata.ca realtor Ben Lavrysen.

But that doesn’t mean these townhomes are being scooped up easily. According to the report, buyers are paying on average 8.5% above the list price for townhomes — a result of low inventory levels.

By Strata.ca’s findings, some of these in-demand GTA townhomes have appreciated more than 30% over the past two years. A townhome complex at 960 Glen Street in Oshawa, for example, has seen units appreciate by a whopping 34%, with homes typically selling in just six days for 32% over asking.

And these rising trends aren’t expected to go away any time soon.

“Expect competition to increase even further for this limited housing category as we continue to see the lowest active MLS listings in 25 years,” Lavrysen said.