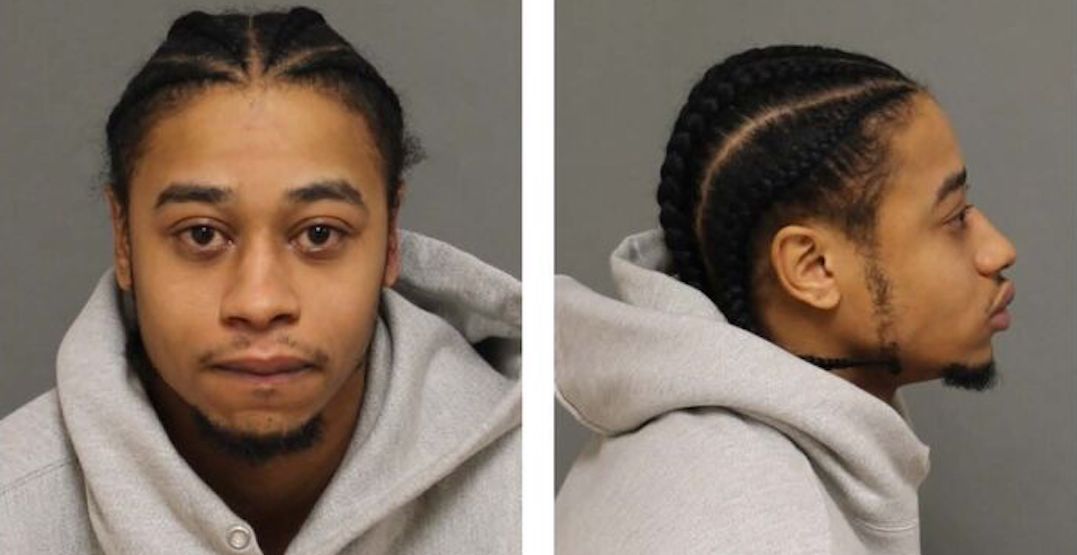 Toronto police are searching for a GTA man wanted on a Canada-wide warrant for an alleged murder.

On Wednesday, May 1, 2019, at about 1:15 pm, officers reportedly responded to a call for a shooting at 256 John Garland Boulevard.

Dayne Sitladeen, 27, of Mississauga, was one of three suspects initially wanted for the crime and according to police remains outstanding. Law enforcement say he is wanted on a Canada-wide warrant for First Degree Murder.

Described as 5’8″ and 146 lbs, Sitladeen is considered violent, armed, and dangerous. Officials say that he should not be approached if located, and 9-1-1 should be called immediately. 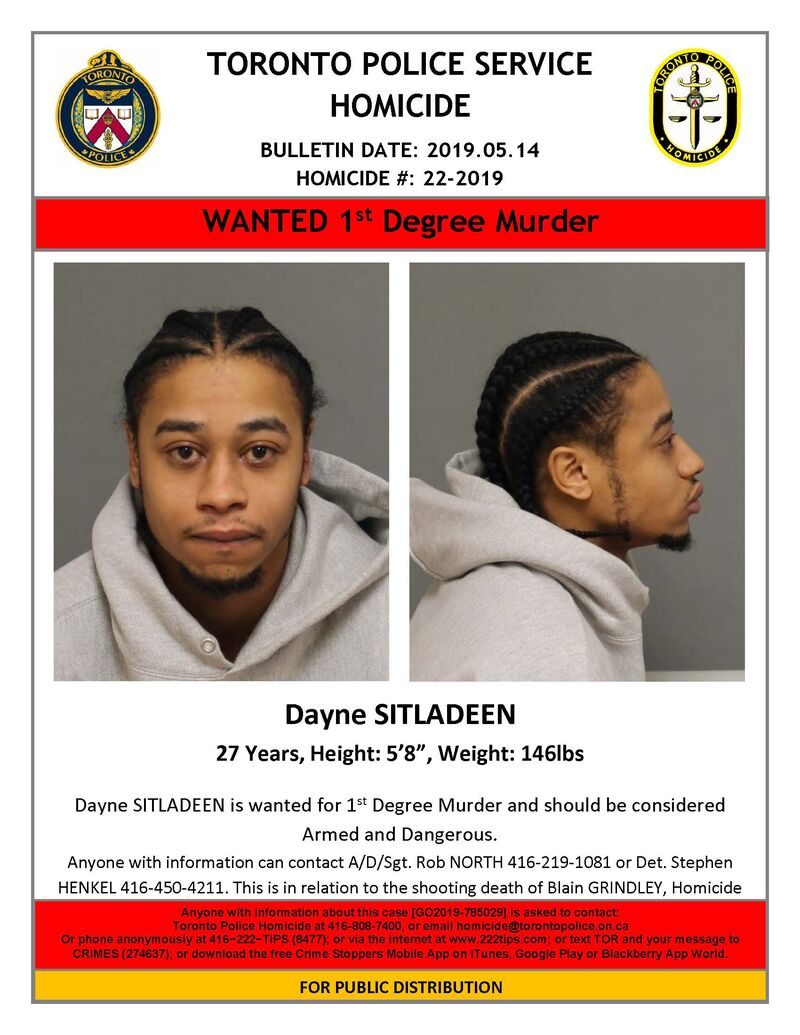