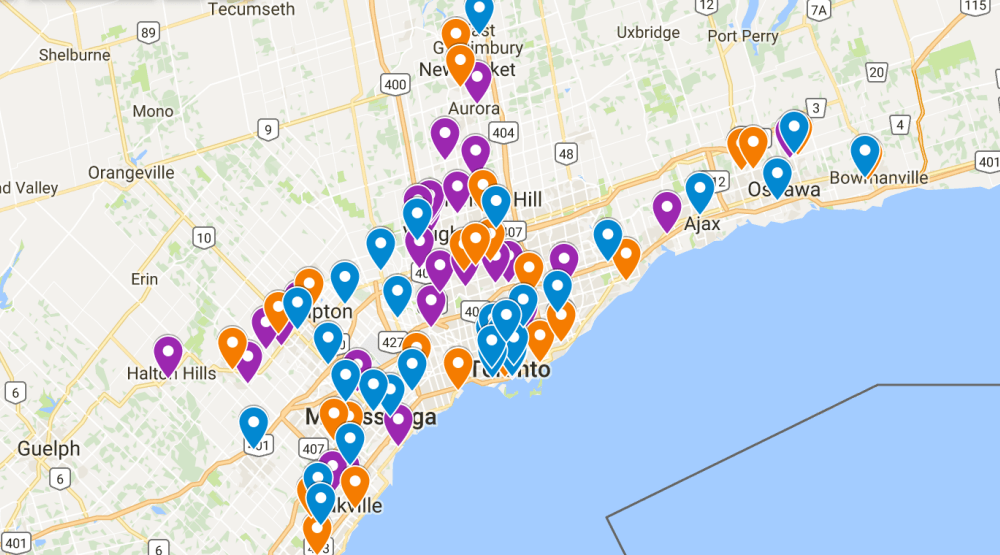 The LCB just recently announced that 76 more Ontario grocery stores will soon be authorized to sell beers, ciders, and (sometimes) wines along with their usual selection of foodstuffs.

It will bring the tally of independent LCBO-dealing retailers to 206 outlets in Ontario as of June 20, 2017, though you might be surprised to learn that only 89 of those stores are in the GTA.

Now not only will Toronto be able to pick up a six pack at upscale markets like the flagship Loblaws at Maple Leaf Gardens and fine food purveyors like Starsky’s, but also Walmart. That’s right, 11 GTA Walmarts will soon sell children’s toys, underwear, McDonald’s, AND beer all in one place.

We’ve mapped out all the stores in the GTA authorized to sell LCBO products including just announced stores (marked in blue) that are joining the beer and cider selling as of June 30, 2017.