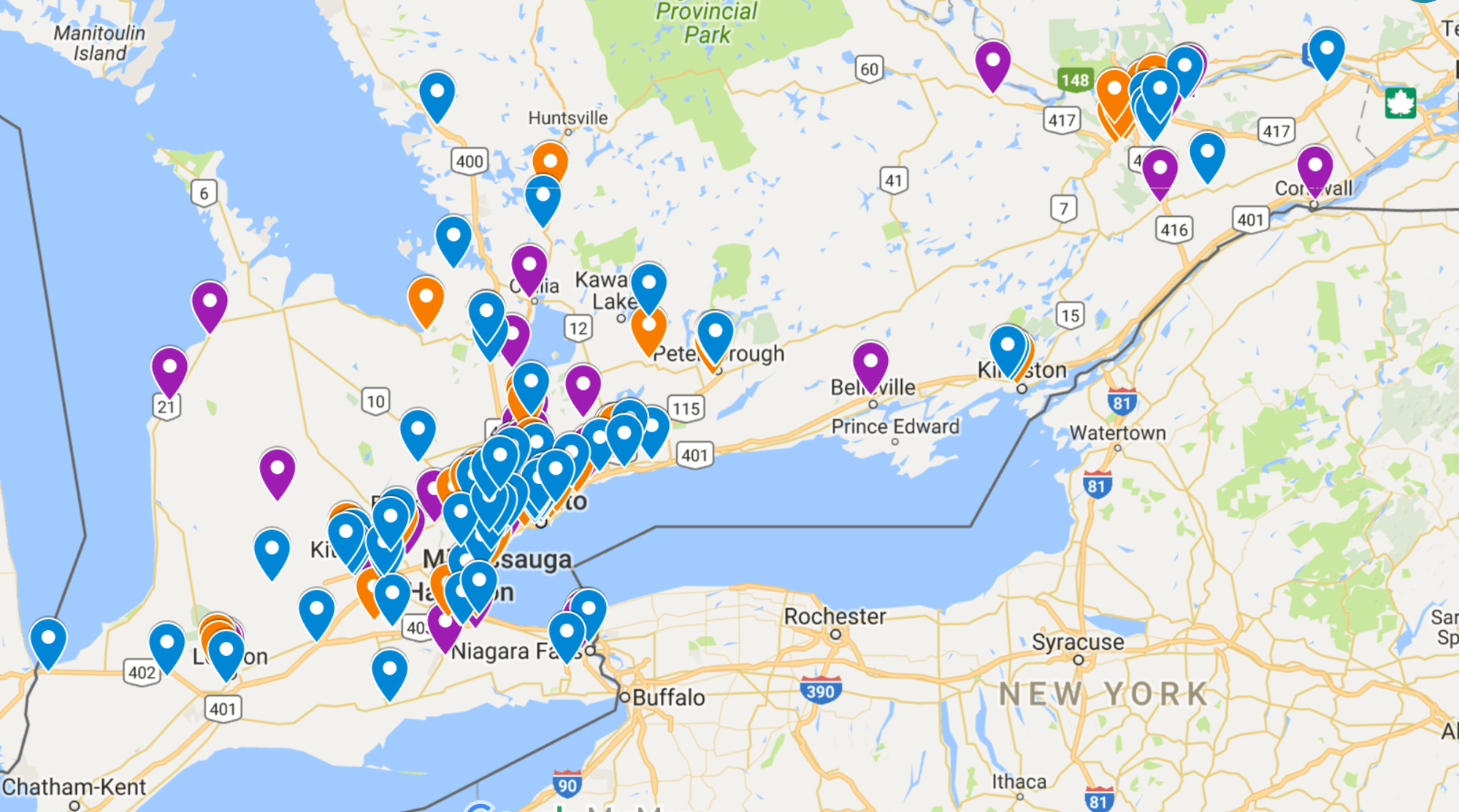 With beers, ciders, and wines available fore sale on an increasing number of grocery store shelves, it will be easier than ever to stock up on bevies for the cottage/patio/Tuesday/whatever.

As of June 30, 2017, there will be 206 grocery stores authorized to sell cider, beer, and sometimes wine in Ontario.

According to Minister of Finance Charles Sousa, “Ontarians welcome beer and cider in grocery stores, which provide greater convenience and choice for consumers.” The slow rollout will ultimately see beers and cider sold in up to 450 grocery stores, while wine could be available at as many as 300 stores.

Sousa notes that isn’t just “good news for shoppers, it also enables breweries and cideries to introduce their products to consumers in local communities across the province.”

We’ve mapped out every single grocery store authorized to sell LCBO products in Ontario including the just announced 76 new stores (marked in blue) that will start selling beer and cider as of June 30, 2017.