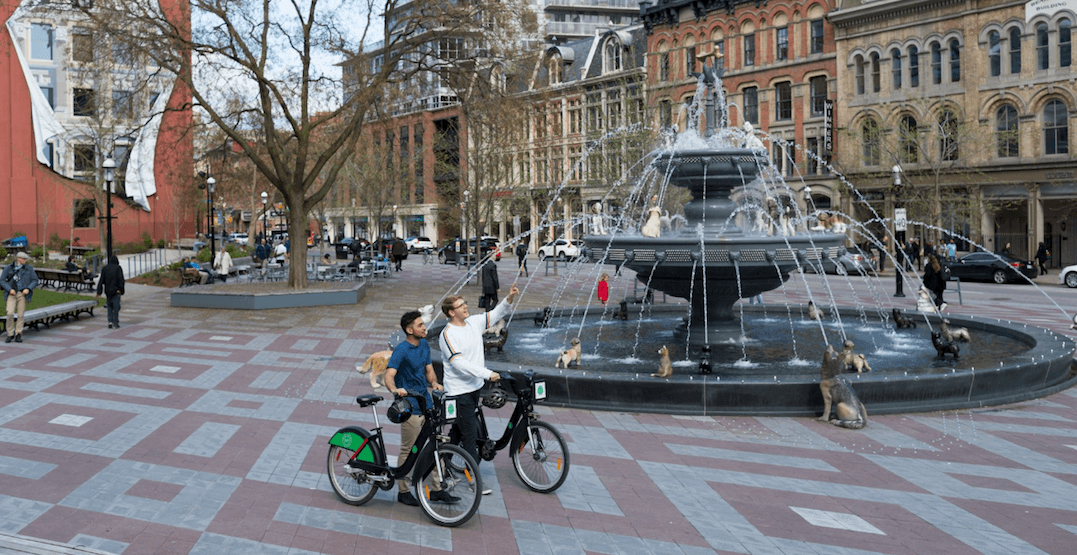 Which means that when using the app, you can now find bike share stations near you, and see how many bikes are available right this very second.

Whether you’re visiting Toronto for the first time or planning your commute, odds are you’ve relied on Google Maps a time or two. And this new addition means that instead of leaning on your car or the TTC to get you from Broadview to Bathurst, you have another option at your fingertips.

And the timing for such an addition to the app could not be better.

With this expansion, the system will grow to a total of 465 stations in Toronto, with a total of 5,000 bikes and 8,550 docking points.

And now, you’ll be able to find them all at the click of a button.

In the past 12 months, the total number of memberships sold was over 165,000, and the city said that in three years, ridership has grown to more than two million rides per year. This is a 251% growth in the average ridership between 2011 and 2015.

Non-members can buy a 24-hour day pass for $7, and have it all day without overage charges, provided it is docked every 30 minutes.