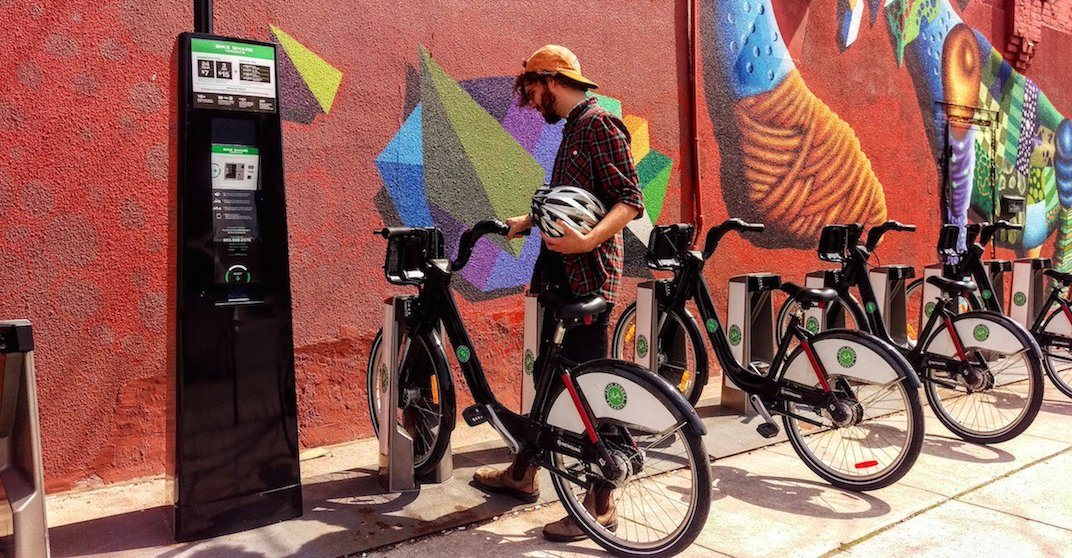 Mayor John Tory has announced increased federal and municipal funding for Bike Share Toronto that will see the program undergo an impressive expansion.

To help support the Bike Share Toronto expansion project, the Canadian Government has committed up to $4 million through its Public Transit Infrastructure Fund (PTIF) which is being matched with another $4 million from the City of Toronto.

Through this funding, there will be another 75 stations throughout the city by the end of August.

In addition to the Bike Share Toronto expansion, Metrolinx is funding a further expansion of an additional 15 stations through a contribution of $980,000.

“These expansions of the Bike Share network provide people in Toronto with an easy, healthy and efficient way of getting around and helps reduce congestion in our city,” said Mayor Tory.

“The investments that our governments are proudly making to expand Bike Share complements the City’s 10-year Cycling Network Plan, which was approved by Council during my term and is being implemented right now, to connect, grow and renew infrastructure for Toronto’s cycling routes.”

The new locations will be located near TTC subway stations and stops to enhance the public transit and transportation network in the city.

Now, Bike Share Toronto stations will be located as far north as Yonge Street at Eglinton Avenue, and as far east as the Beaches and East York.

Checking out the new Canada bike ahead of today’s @BikeShareTO announcement complete with a raccoon on the front. pic.twitter.com/6vWHFn6wOZ