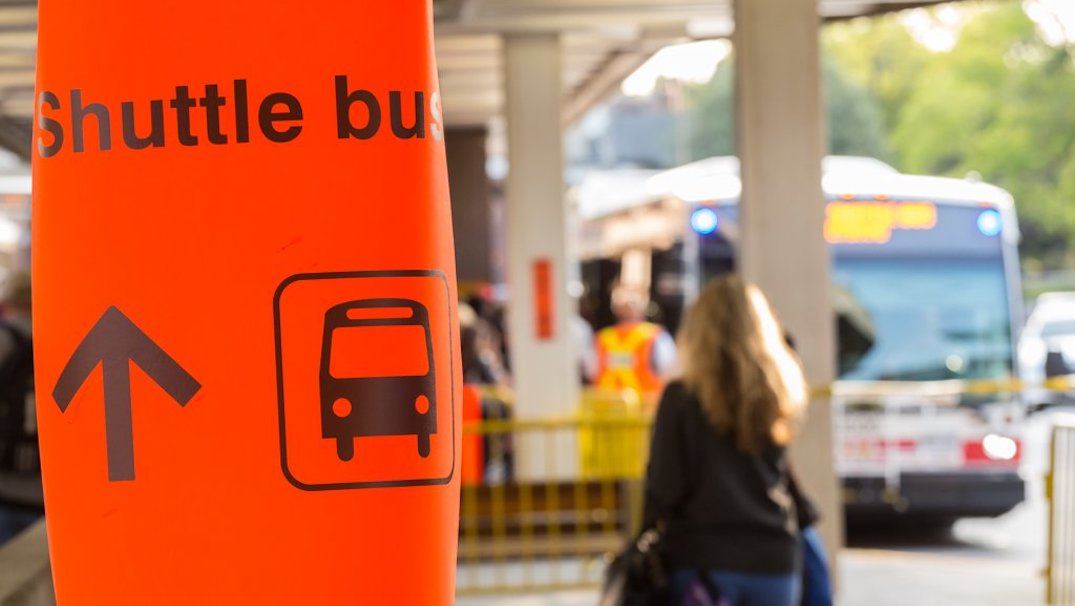 Google Maps has added a TTC alert feature that is meant to help transit users in Toronto.

The feature shows any live TTC service alerts, from delays to detours, and adds it to the route showing the time delays as well.

At any given time, there are generally a few TTC delays, whether on the subway or on surface vehicles. Usually, transit users are able to get updates form the TTC Twitter account, or through their website.

But now, Google allows the update to embed within your route, making life just a little sweeter… considering you’ll soon be on transit. 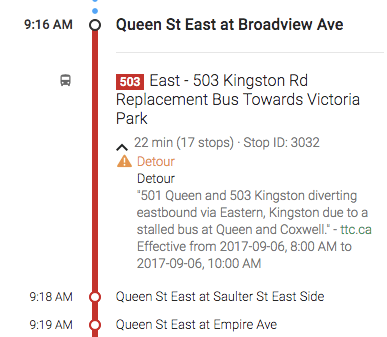 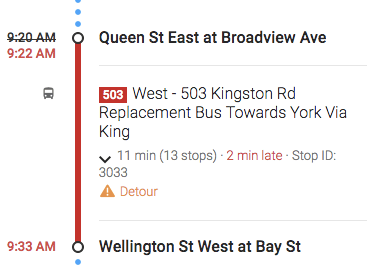 Details of the detours and delays are also included, and gives the users further information on what’s going on.

For those on mobile, the Maps app works the same as well.

So Google Maps can now be the one stop shop for your directions, and for your TTC updates. And there will be plenty of them with upcoming weekend closures of the subway lines again. 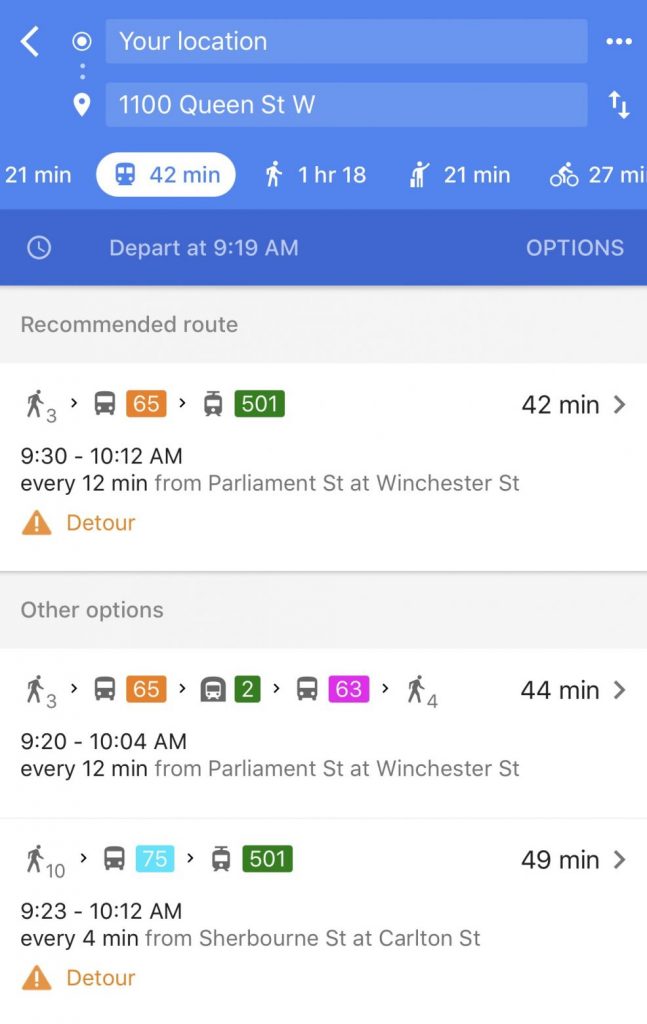