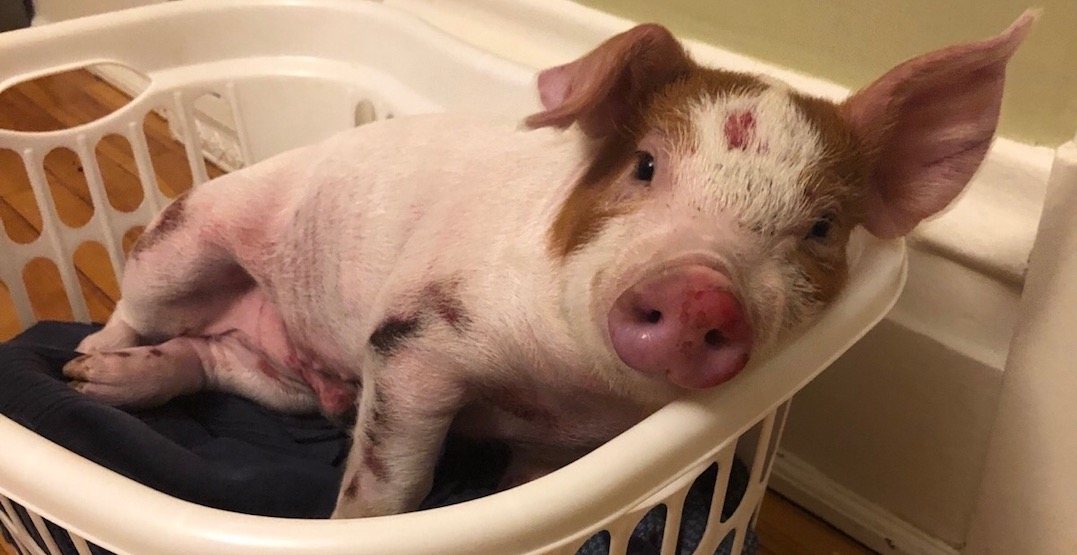 A GoFundMe page has been launched for a piglet that was found with injuries on a major highway in Ottawa, presumably after falling from a transport truck.

The page, launched by Lara Elizabeth Cohen, reads that the piglet was found on Monday, September 2, injured on the side of the road. 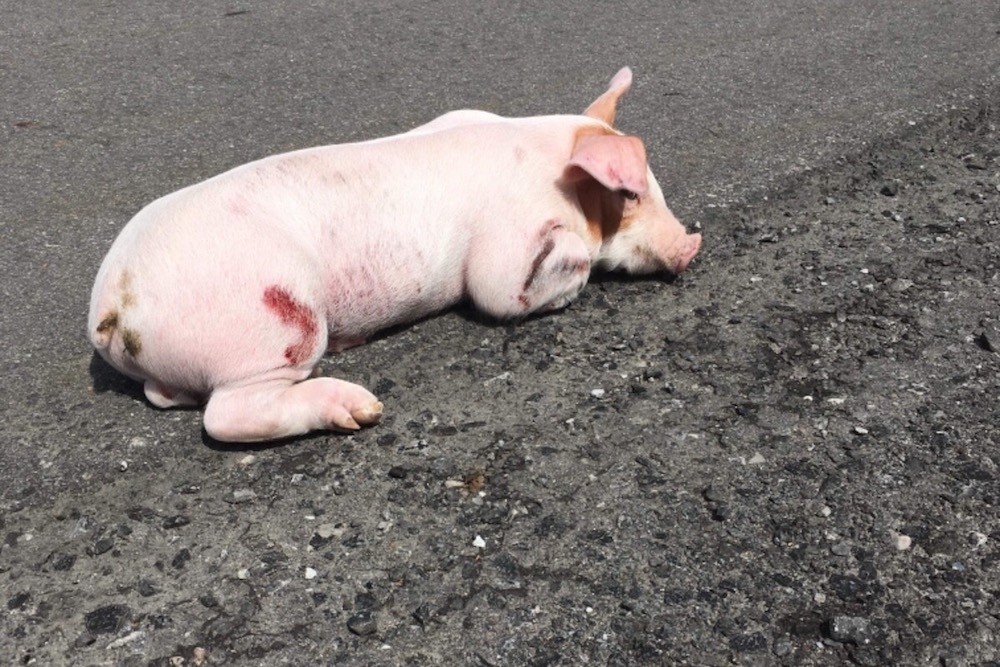 “This little creature had likely fallen from a transport truck, on its way to deliver multiple young pigs to what is referred to as a ‘finishing farm,’ where the only goal is to get them fattened up quickly for market,” the page reads. “Although falling from the truck alone could have caused the injuries this young pig sustained, we suspect he may also have been hit by a car and left to die.” 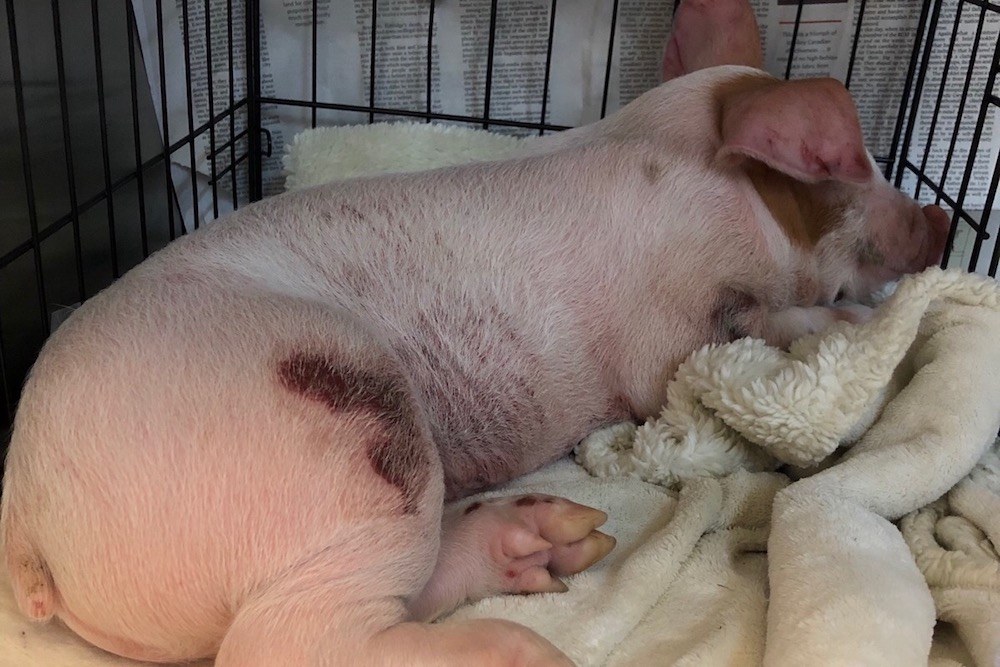 The baby pig, which came to be called “Mango,” received x-rays showing that he has multiple fractures which will require surgery by a specialist. 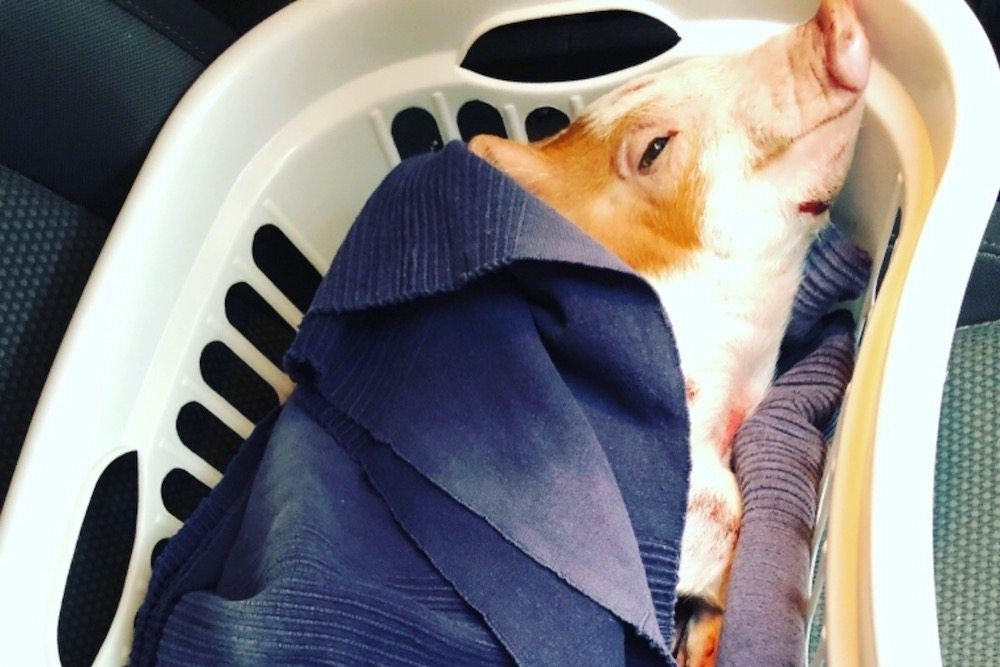 Pig in a Blanket by Lara Elizabeth Cohen / GoFundMe

It’s anticipated by Cohen that the total costs for the animal’s stabilization, diagnosis, pain management, surgery, post-operative care, and preventive health care, such as vaccinations and dewormer, will total between $5,000 to $7,000. 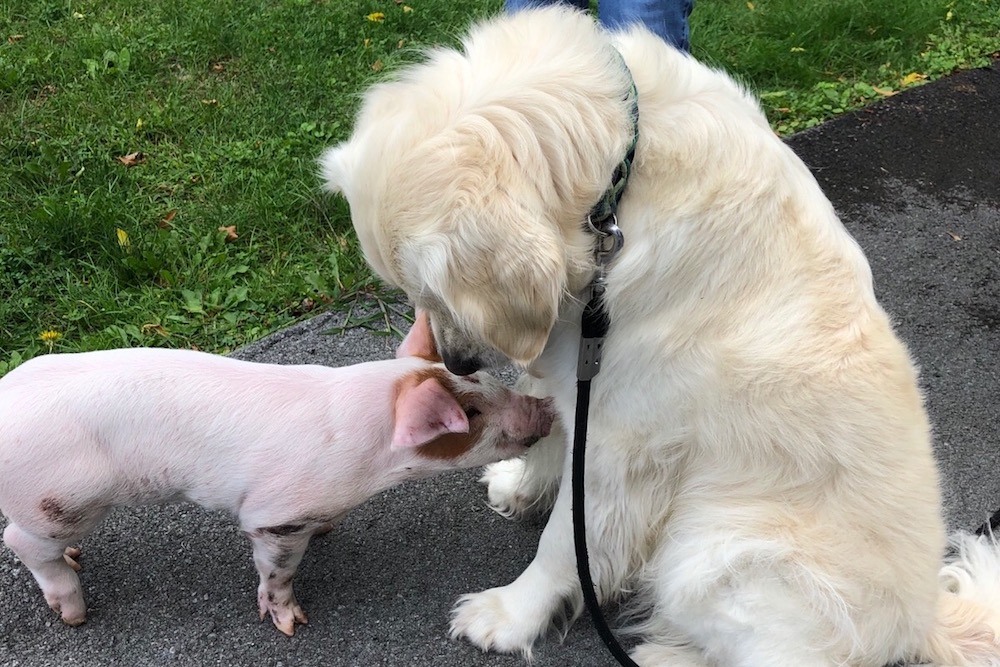 The GoFundMe aims to raise $7,000, and has already surpassed $5,000. Any leftover funds raised will be donated to animal rescue sanctuaries. 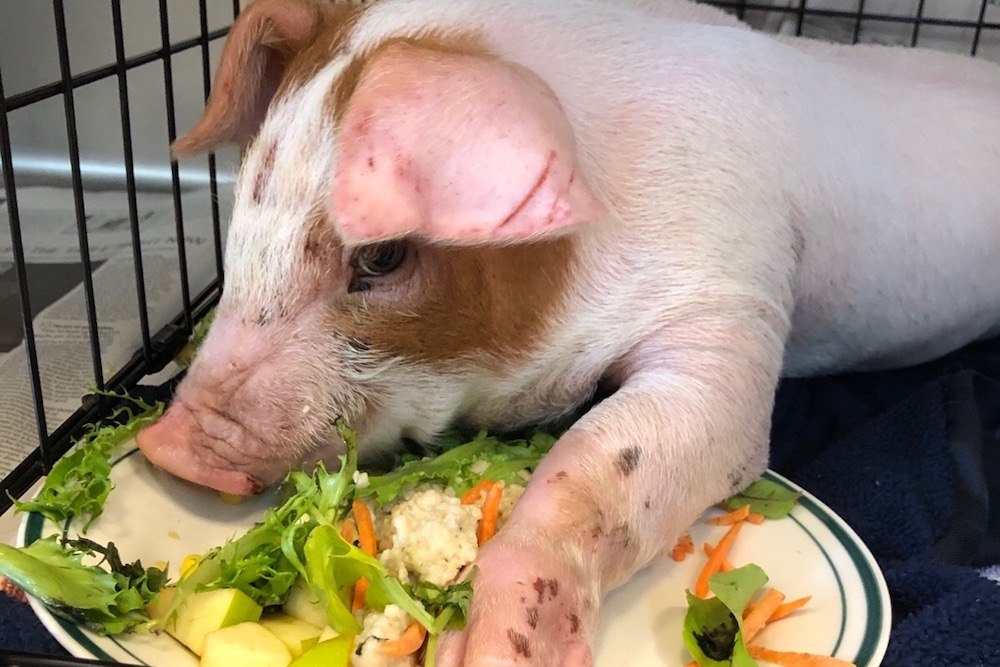 Once Mango has healed, he’ll move to foster care, where he’ll wait to be moved into a “forever home.” Still small because he’s a baby, Mango is not a micro-pig and will grow to be “very large,” which means he’ll need a place where he can roam freely and be amongst other farm and domestic animals. 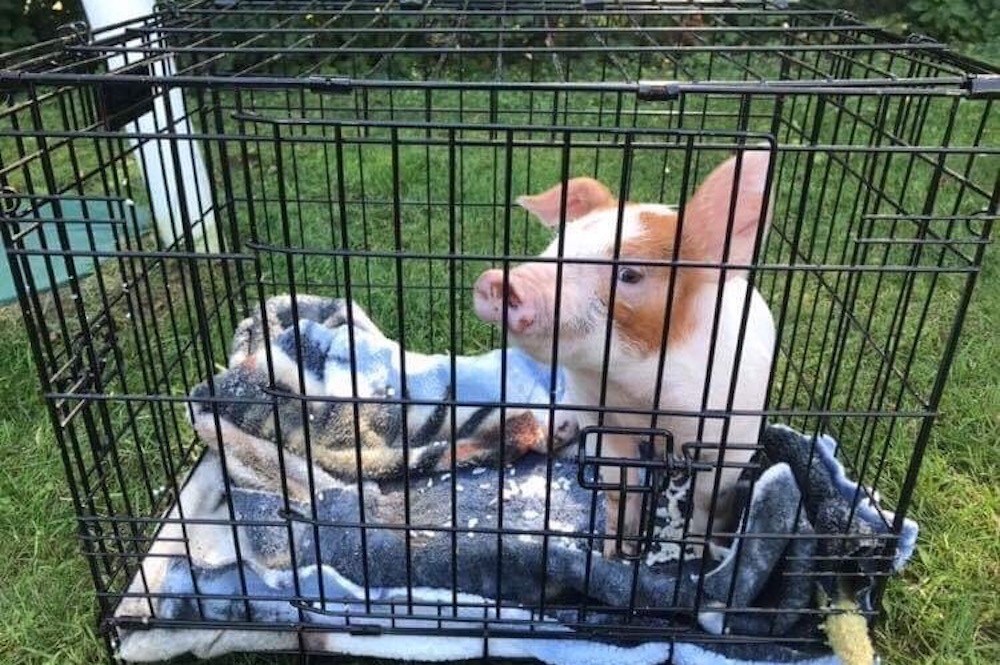 Cohen is currently seeking out sanctuaries and hobby farms that are interested in giving Mango a home.

Alongside the fundraiser, Cohen has also started a Facebook page that document’s Mango’s progress.