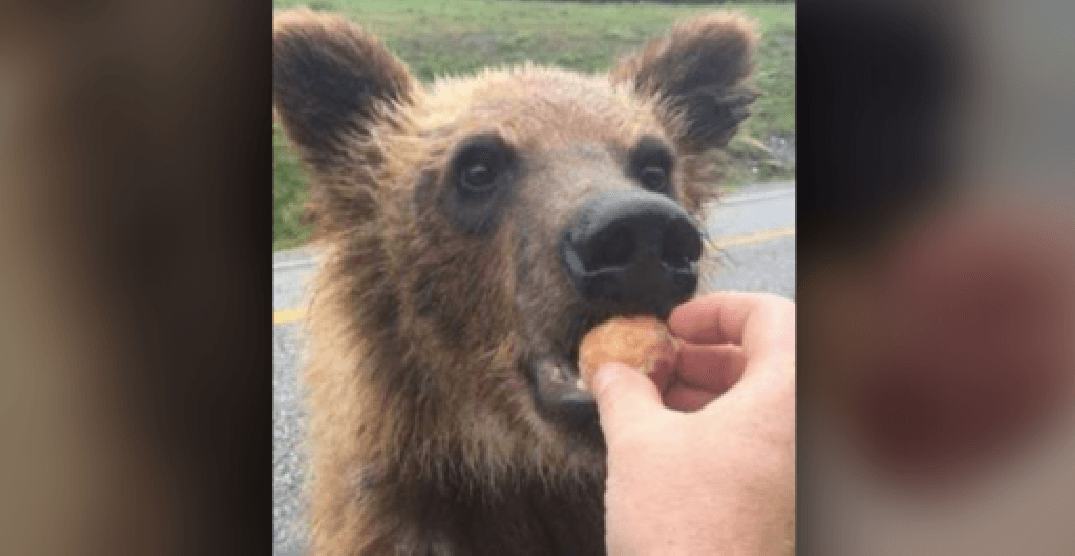 A BC man has been fined $2,000 after pleading guilty to charges under the BC Wildlife Act for unlawfully feeding bears, in October of last year.

At the time of the incident, Randy Scott shared pictures online which showed him hand-feeding a bear a Timbit on the side of the Alaska Highway.

Now, as part of his sentence, which was handed down in provincial court this week, Scott was ordered to pay the fine as well as stay “a minimum of 50 metres from bears for six months.”

On Aug 22/19, the individual who posted pictures on social media of himself feeding bears along the Alaska Hwy and, therefore, was charged by BCCOS for unlawfully feeding bears pled guilty in Prov Court & was fined $2k & ordered to stay away a min of 50m from bears for 6 months. pic.twitter.com/uBUmEVWwld

Following the incident last October, authorities said it wasn’t the first time Scott – along with partner Megan Hiltz – had doled out unauthorized snacks

“We were sent photos from his Facebook page, and a few videos,” conservation officer Sam Harris told Daily Hive back in October.

Unfortunately, authorities say it’s fairly common for tourists to feed bears along that stretch of rural highway. And for the bears that are fed donuts and other junk food and get used to human contact, the outlook is pretty grim.

“Once they become habituated to people, and they get food from people most of those bears do eventually have to be euthanized because they become a public danger,” officials said “Once tourists start feeding them it’s pretty much ‘a fed bear is a dead bear.’”

The BC Conservation Service operates a free hotline for the public to anonymously report conservation offences, including wildlife-human interactions.