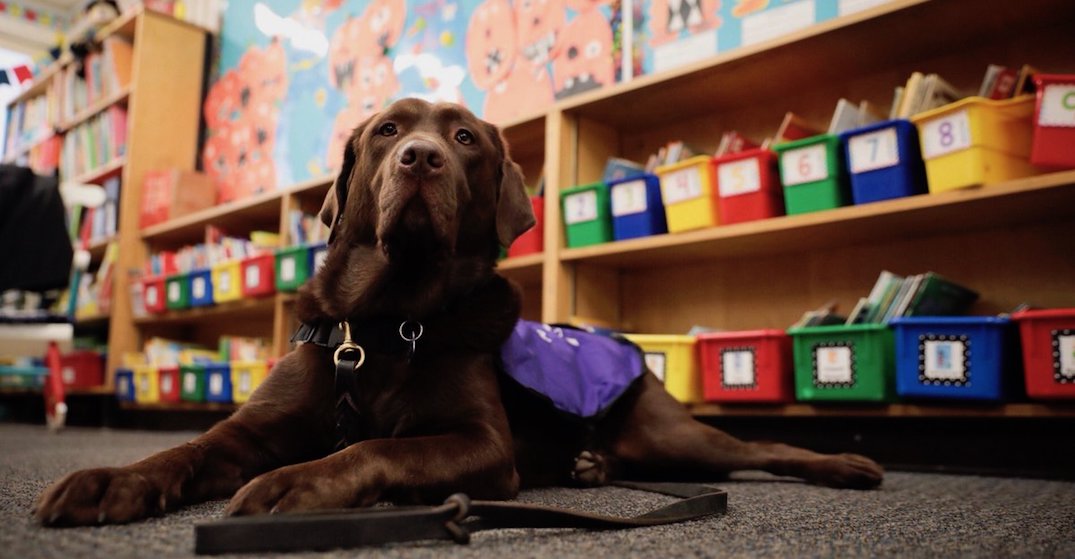 The provincial government has announced a new policy that will allow service animals into Ontario schools and classrooms by the beginning of 2020.

According to the province, just over half of Ontario school boards have service animal policies, leaving students vulnerable and parents facing challenges to support their child’s special needs.

“I want to ensure that every child, irrespective of their needs, has the opportunity to achieve their highest potential,” said Education Minister Stephen Lecce in a release. “Every child has inherent human dignity — particularly those with special needs.”

Today’s announcement by the Ministry of Education has set a uniform standard of student access to service animals across the province. School boards are required to implement their service animal policies by January 1, 2020.

“Service animals can make an enormous difference in a child’s physical independence and emotional well-being,” said Oosterhoff. “It’s important to our government that students with special needs never fall through the cracks and having service animals in Ontario schools will help ensure these children have access to a meaningful education.”