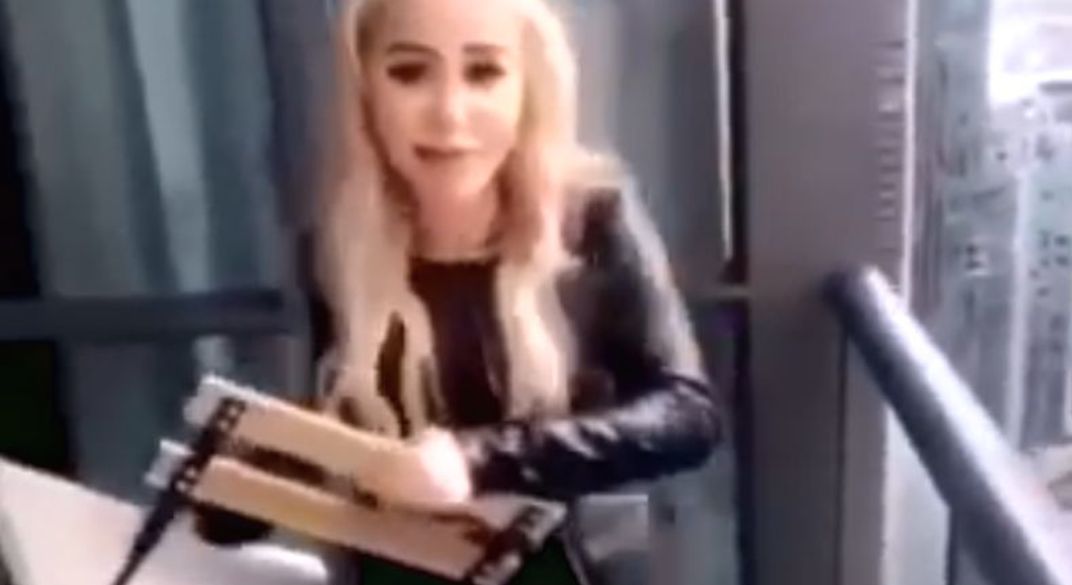 The woman wanted for a Mischief – Endanger Life investigation after throwing a chair from a downtown condo balcony surrendered to authorities this morning.

According to the Toronto Police, 19-year-old Marcella Zoia of Toronto will be charged with mischief endangering life, mischief destroying or damaging property under $5,000, and common nuisance.

“Her or her representative arranged for her to surrender,” said Toronto Police spokesperson David Hopkinson in an email to Daily Hive.

“This is the best option for all so she, like everyone else offered this option, was given some leeway.”

She will appear in court, at College Park, on Wednesday, February 13, in room 505.

The Toronto police have thanked the public for their assistance identifying the woman.

According to police, on Sunday, February 10, officers commenced an investigation into a mischief incident that occurred in the Harbour Street and York Street area after a video surfaced on social media showing a woman throwing a chair off a Toronto condo building.

The incident allegedly occurred on Saturday, February 9 at 10 am, when a woman threw a chair and other items off of a balcony located on a very high floor.

Police say the items landed in front of the entrance to a condo building on the ground below.

The short video, which has been seen more than 850,000 times on Facebook alone, ends before the chair lands on the highway.