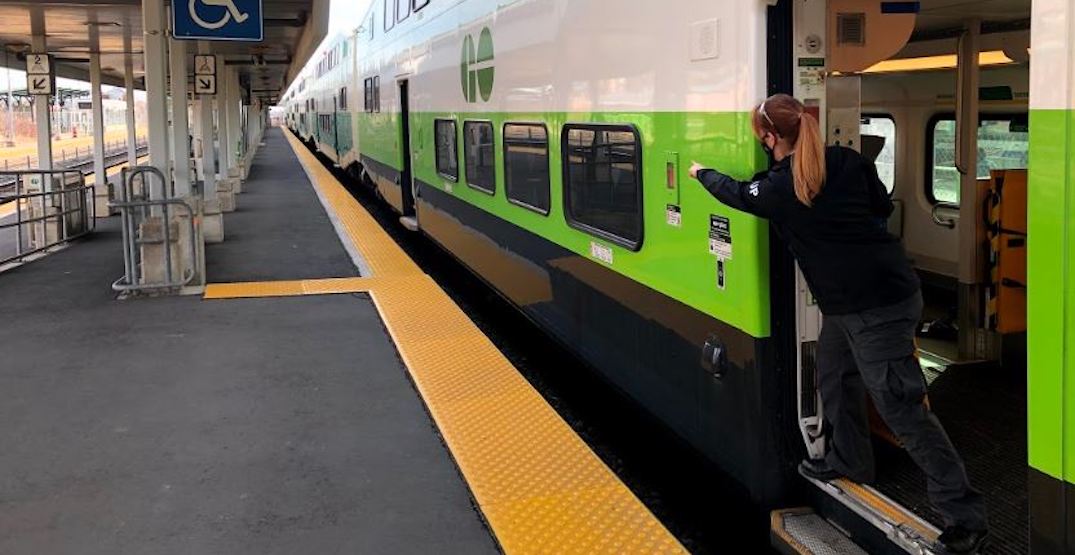 If GO Train workers are loudly talking to themselves on your next trip, don’t worry, it’s part of a new Japanese “point and call” method that Metrolinx has implemented to improve safety.

The transit agency recently started using the Japanese practice of Shisa Kanko, which requires workers to use loud calls and dramatic hand gestures when checking the train for safety during station stops.

For example, when a train is preparing to leave a station, GO Train’s customer service ambassadors (CSA) will look out the doors and point in both directions while calling “clear right, clear left,” to make sure no passengers are left behind before safely closing the doors.

This vocal method has been used in Japan for a century and is meant to help transit staff break out of any automation by stimulating their senses.

“The gesture may seem a little silly, or a tad dramatic, but it’s effective,” a Metrolinx spokesperson said. “Japan’s public transit system, a transportation network that moved 12 billion passengers annually prior to the pandemic, is considered one of the world’s safest transit systems.”

“It allows me to take a step back and get a proper sense of my environmental awareness, something that is crucial for me while operating the doors,” Drysdale said.

According to Metrolinx Director of Rail Operations Rob Andrews, the new practice will have no negative effect on GO Transit’s time performance but will make operations much safer.

“This is an important addition to the CSA workflow especially on corridors where we have massive construction projects underway,” Andrews said.

So the next time you see GO Train staff shouting out and pointing dramatically, just remember they’re doing it for your safety.