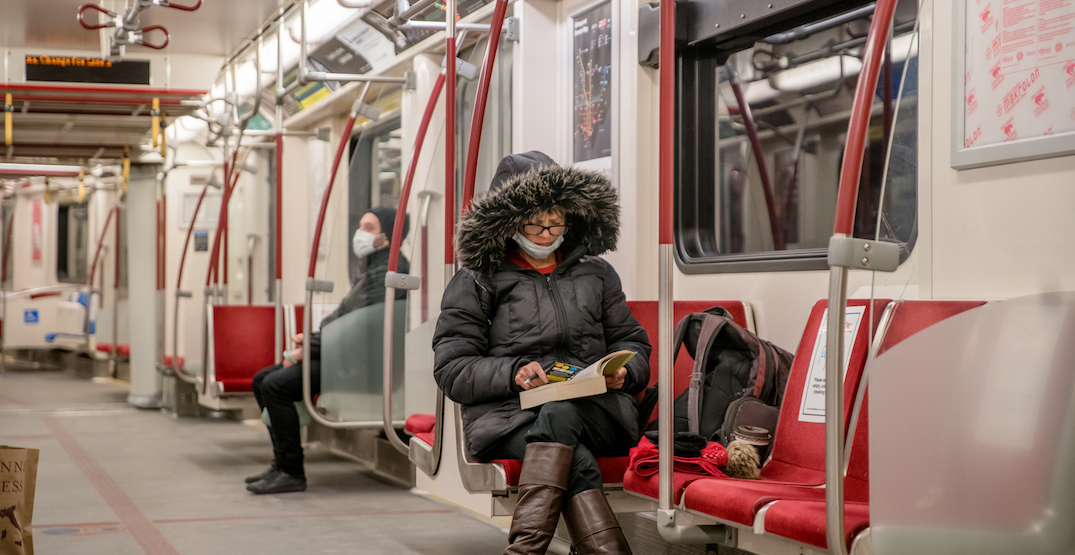 Every TTC rider likely has at least one, if not multiple, complaints about Toronto’s transit system.

But the TTC’s newest commissioner, Fenton Jagdeo, has set out to discover exactly what TTC riders are most concerned about.

Twenty-six-year-old Jagdeo — the TTC’s youngest ever commissioner — took over the role in February and asked riders to send him messages on Twitter and Instagram about what they’d like to see or what issues they have with the transit system.

This week, Jagdeo posted the results to his Instagram, summarizing the hundreds of messages he received.

In total, Jagdeo received 225 pieces of feedback. An overwhelming amount of the responses — roughly 40% — had to do with safety concerns.

The top safety concern, according to Jagdeo’s DMs, was mask wearing on the TTC, with one message he received reading “I feel unsafe when people around me are not wearing masks.” Other safety concerns involved sanitation and future overcrowding. 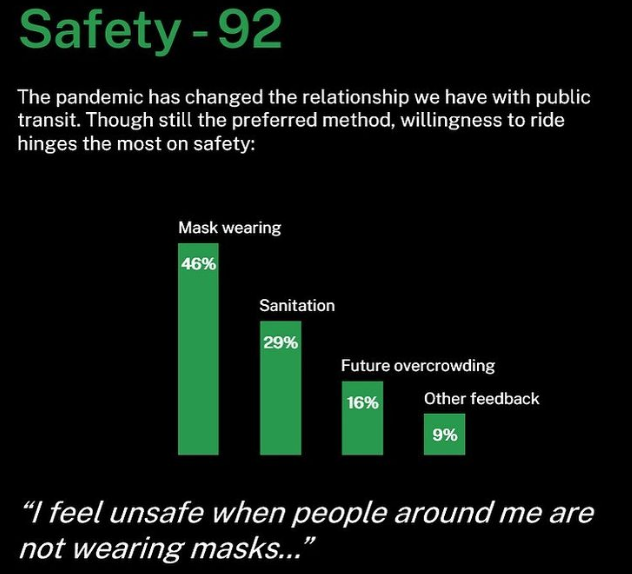 Issues related to the TTC’s technology came in with the second-highest amount of messages, with open payment systems, or the lack thereof, being the topic raised in more than half of the technology-related feedback. As one person put it, “yo, fix up presto so I can tap my CC. Asia got it right cuzzy.” 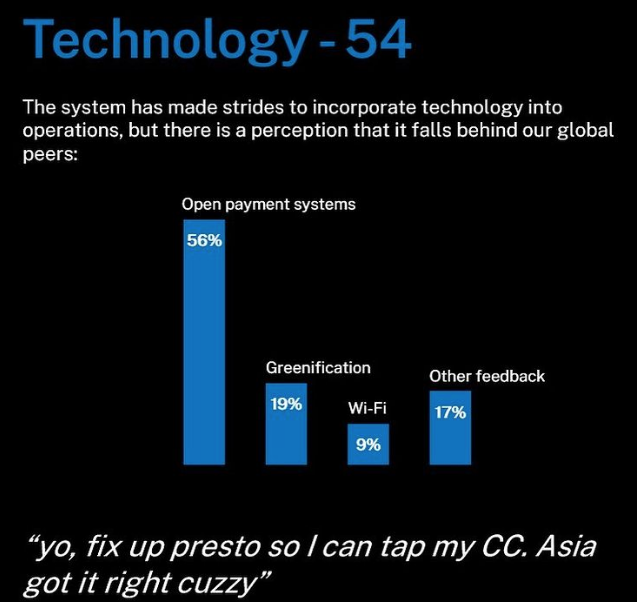 TTC has been working on implementing open payment systems and as part of Metrolinx’s already ongoing 2022 re-procurement contract, they are working to create open payment systems throughout the TTC, which would allow riders to swiftly tap their credit card, debit card, or phone on a PRESTO reader to pay their fares.

Other technology-related feedback that Jagdeo received included issues of “greenification” and Wi-Fi.

Problems with accessibility, equity, and affordability were also brought to Jagdeo’s attention. 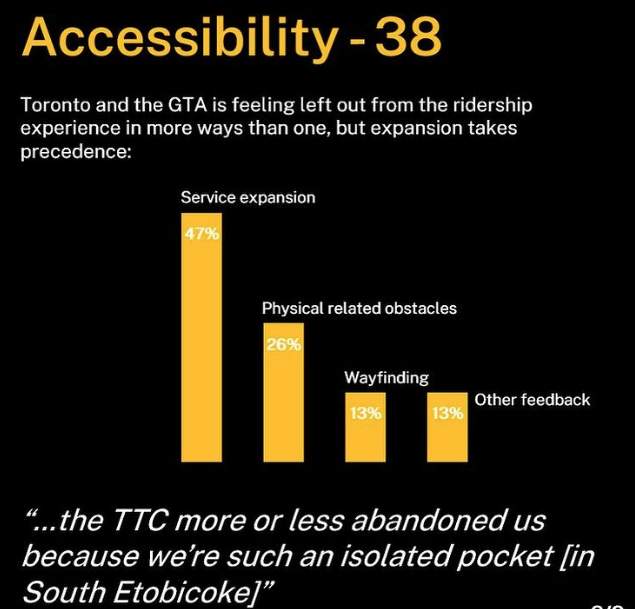 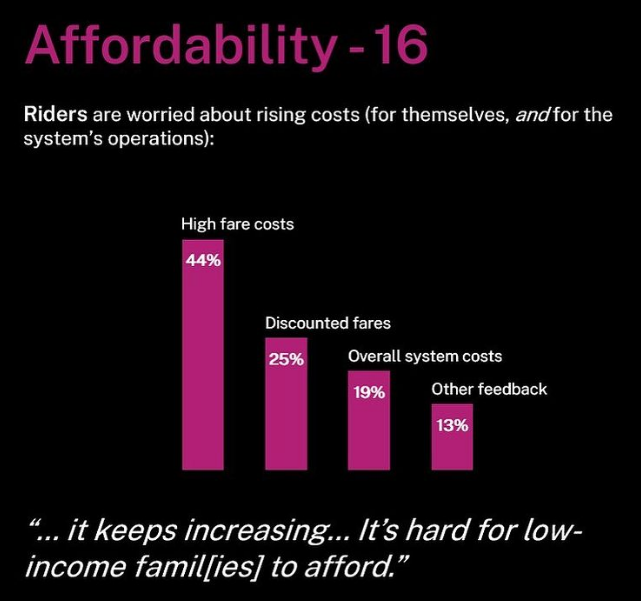 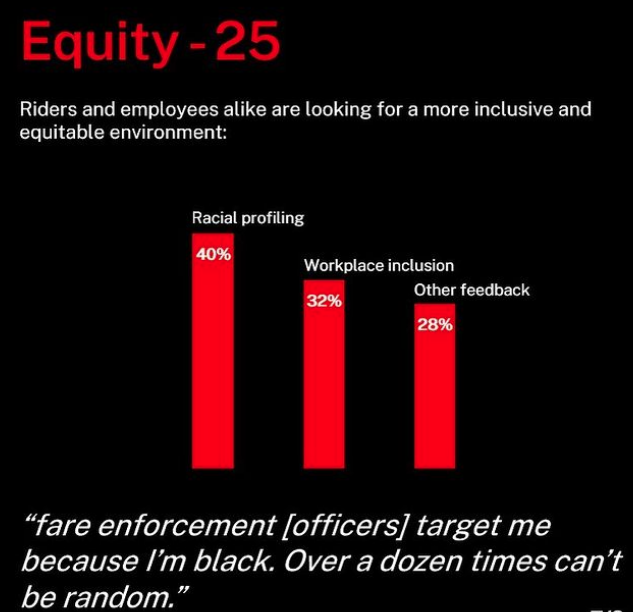 Jagdeo says that this feedback helps him to frame his priorities. He asks TTC riders to keep sharing their stories, complaints, or suggestions with him as he’s planning to post another feedback update in the future.