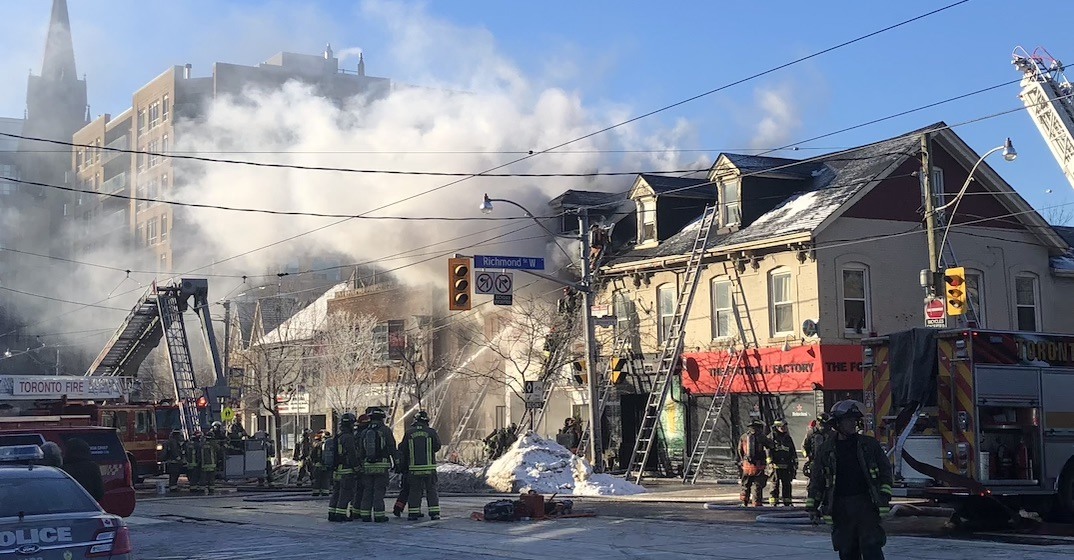 Multiple GoFundMe campaigns have been launched after the Monday morning fire that ripped through buildings at Richmond and Bathurst, destroying Corrado’s Barber Shop.

The blaze left one person dead and another in critical condition.

According to Toronto Fire, just before 5:30 am, 13 trucks and 50 fire fighters attended to the residential fire where two people were removed with, at the time, unknown injuries.

Shortly thereafter, one of the people taken to hospital was confirmed to have died.

One of the campaigns, launched by long-time client of Corrado’s Charles Bierk, states that Adam Picard, owner and operator of Corrado’s, tried to save his stepson from the fire.

Picard sustained critical injuries, while his stepson, identified in the campaign as William Secord Mattson, did not survive.

Bierk shared the campaign to Facebook on his birthday, asking friends to make a donation in lieu of a birthday message.

The description states that the campaign was created to raise funds to give directly to Picard and his wife, to help the family.

A second campaign notes that seven homes will need to be rebuilt, and much of the community is displaced. 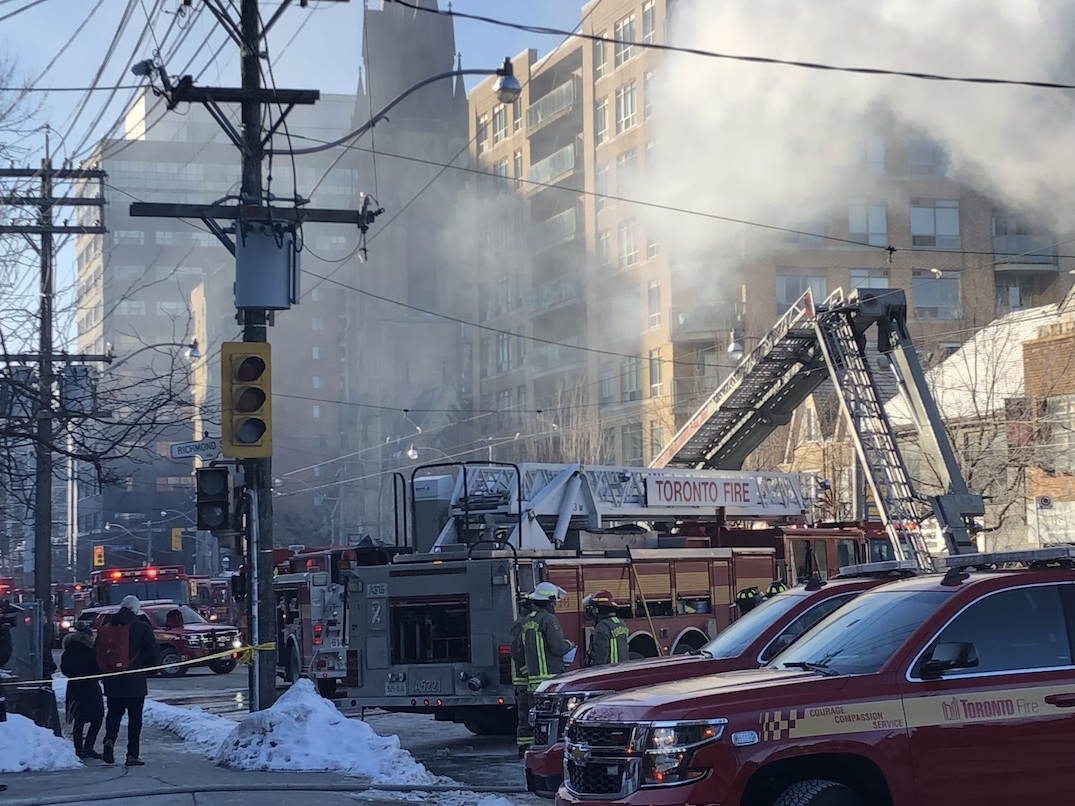