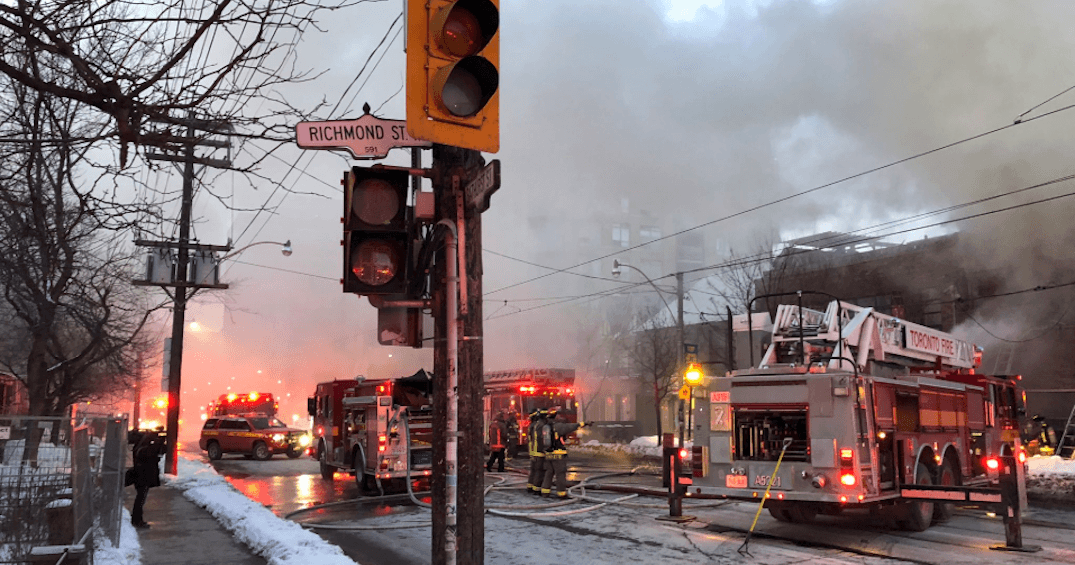 One of the residents pulled from this morning’s fire at Bathurst and Richmond has died in hospital.

Toronto Fire Chief Matthew Pegg confirmed the news, expressing his condolences to family, friends, and all those impacted by the tragic loss.

@Toronto_Fire has just received confirmation that one of the occupants who was removed from the fire on Bathurst has died in Hospital. I extend sincere condolences to family, friends and all those impacted by this tragic loss. @TPSOperations @TorontoMedics

Toronto fire crews continue are still on the scene as of 9:30 am.

According to Toronto Fire, just before 5:30 am, 13 trucks and 50 fire fighters attended to the residential fire where two people were removed with unknown injuries at the time. There is no word on the second occupant’s condition.