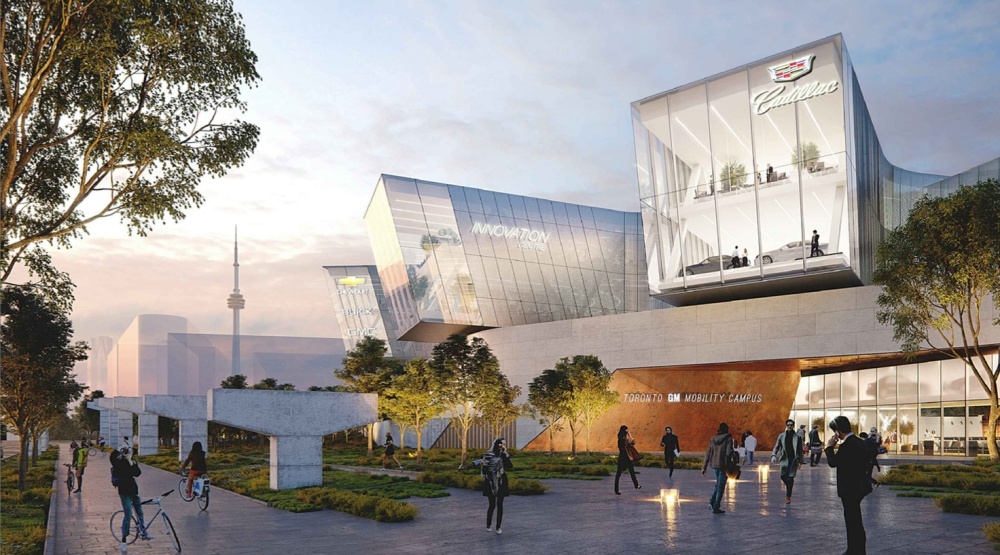 General Motors of Canada wants to invest in Toronto in a big way.

The car company has submitted a proposal to city planners that would see the current address of Cinespace Studios at 721 Eastern Avenue transformed into a “master planned employment campus” dubbed The Toronto GM Mobility Campus.

The proposed development has been pitched as a long-term employment generator that would create opportunities for up to 3,000 new “high order” jobs. 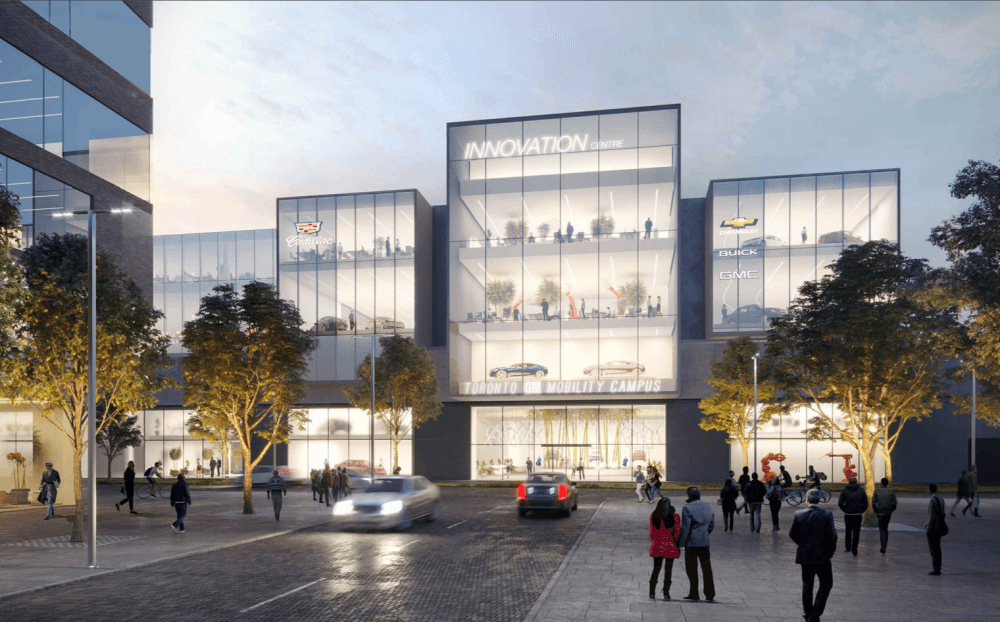 Some of the development highlights at the new campus include: 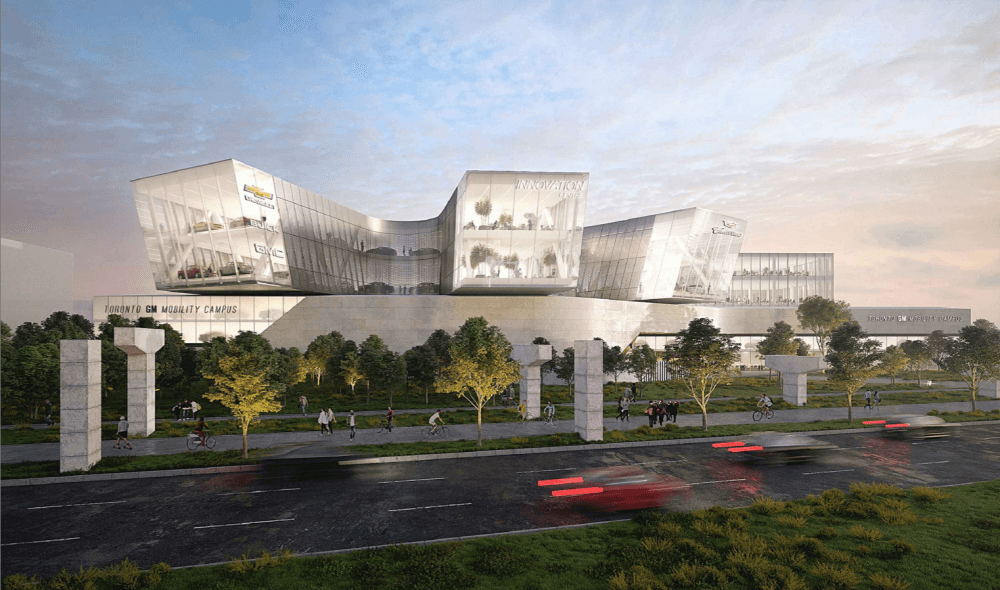 Renderings of the proposed development from Toronto’s Quadrangle Architects illustrate how the campus would drastically transform the land from Eastern to Lakeshore which the planning rationale calls “nearly void of vegetation” in its current state.