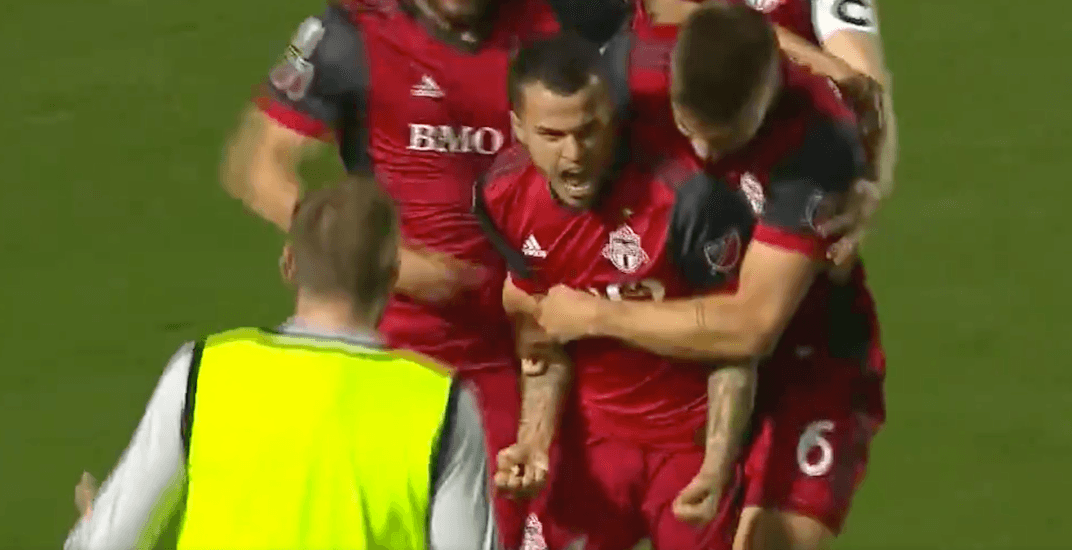 Toronto FC lost the game, but they won the war.

TFC has defeated Mexican powerhouse Tigres UANL on aggregate and will advance to the semi-finals of the CONCACAF Champions League.

And they have Sebastian Giovinco to thank.

Giovinco’s brilliant free kick in the 73rd minute gave Toronto the all-important second goal of the match in hostile territory. The Italian striker curled the ball over the Tigres defenders, landing perfectly in the top corner of the net.

The goal gave Toronto a 2-1 lead in Monterrey, and though they ended up losing the match 3-2, the defending MLS champions are through to the semi-finals on away goals (the first leg was a 2-1 win at home for TFC).

Toronto will likely play another Mexican powerhouse, Club America, in the semi-finals. America has a 4-0 lead on aggregate in their quarter-final matchup.

This marks just the second time in club history that Toronto FC has made it to the semi-finals of the CONCACAF Champions League.