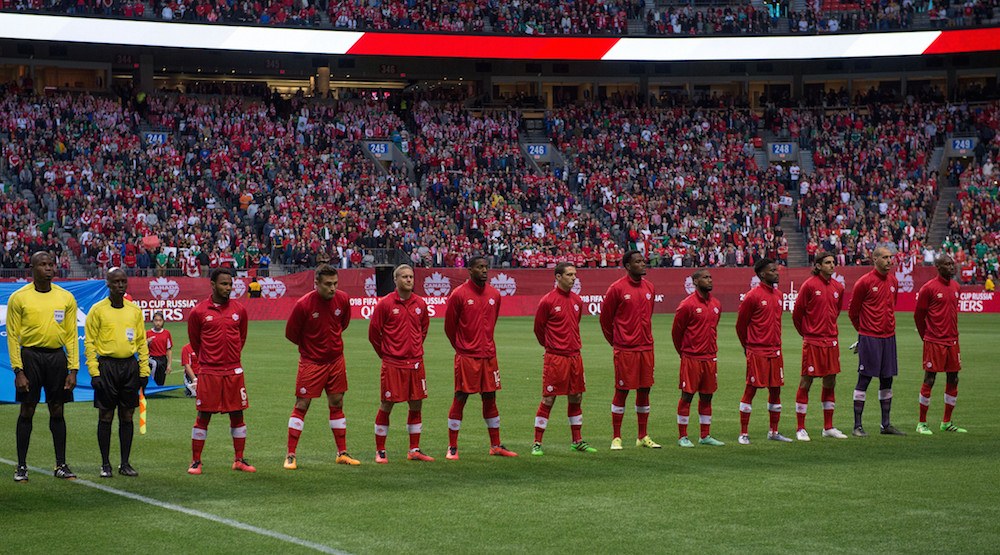 The Government of Canada is on board with the 2026 FIFA World Cup.

Kristy Duncan, the Minister of Science and Minister of Sport and Persons with Disabilities, made in the announcement in Toronto on Tuesday that should our country co-host the global event, the government will pony up.

Along with the United States and Mexico, Canada is part of the United Bid which is attempting to bring the World Cup to North America for the first time since 1994.

The World Cup has never been held in Canada before, though we did host the Women’s World Cup in 2015, which generated $493.6 million in economic activity for Canada. As the largest sporting event in the world, the men’s tournament would be a completely different beast. Russia is reportedly spending $10.8 billion USD to host this year’s event.

If successful, Canada would host 10 games. Two or three cities would likely host the matches north of the border, with Vancouver, Edmonton, Toronto, and Montreal already announced as the candidates.

Should the United Bid prove to be successful, the Canadian government has agreed to provide up to $5 million of support.

“Hosting major sporting events allows Canadian athletes to compete at home in front of their families, friends and fans,” said Duncan in a media release. “It is also a significant opportunity for Canadians to witness, first-hand, world-class sport competitions.”

Morocco is the only country standing in the North American bid’s way, though recent reports indicate that they will be a more serious contender than most pundits initially thought.

FIFA will make their decision on June 13 of this year, the day before the start of the 2018 World Cup in Russia.