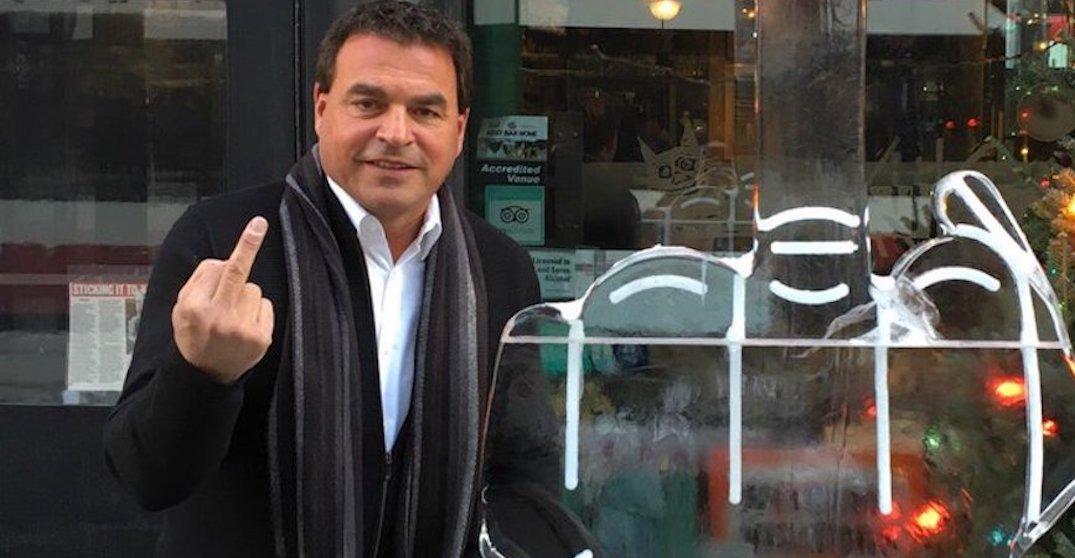 Someone will not be happy about this Ward’s election results. And that someone is Giorgio Mammoliti.

The long-time Toronto City Councillor for Ward 7 was ousted by Anthony Perruzza, who had 37% of the votes, while Mammoliti came in second with 24%.

Mammoliti made headlines last month after polls showed him lagging behind Perruzza in his ward. At the time, the salty councillor tweeted that he saw “three polls as of yesterday and they all have me winning.”

Clearly, if he did see those polls, they were wrong.

According to his website, Mammoliti has been in politics for 28 years, and has represented Ward 7 – York West for the last 25 years in two different levels of government, serving as MPP in the Legislative Assembly of Ontario a Toronto City Councillor.

Prior to his election as Ward 7 Councillor, he also represented York West as MPP from 1990 to 1995.

The Councillor is known to be outspoken at times, and even made a name for himself even abroad briefly.

“End attack on Christians and other faiths,” wrote Mammoliti at the time. “Voters should ask candidates whether they believe in a God and support those who DO. The lack of religious values in politics is why our children are killing each other. Religion and politics DO MIX. Let’s drive the devil out of Toronto!”

In response, Gervais, who has over 13 million followers, shared his thoughts when it came to religion and violence.

“Exactly,” he wrote back to Mammoliti. “People who believe in a god are never violent. That’s why there are no religious people in prison.”

And alas, Toronto will no longer have Mammoliti in its Council Chamber.