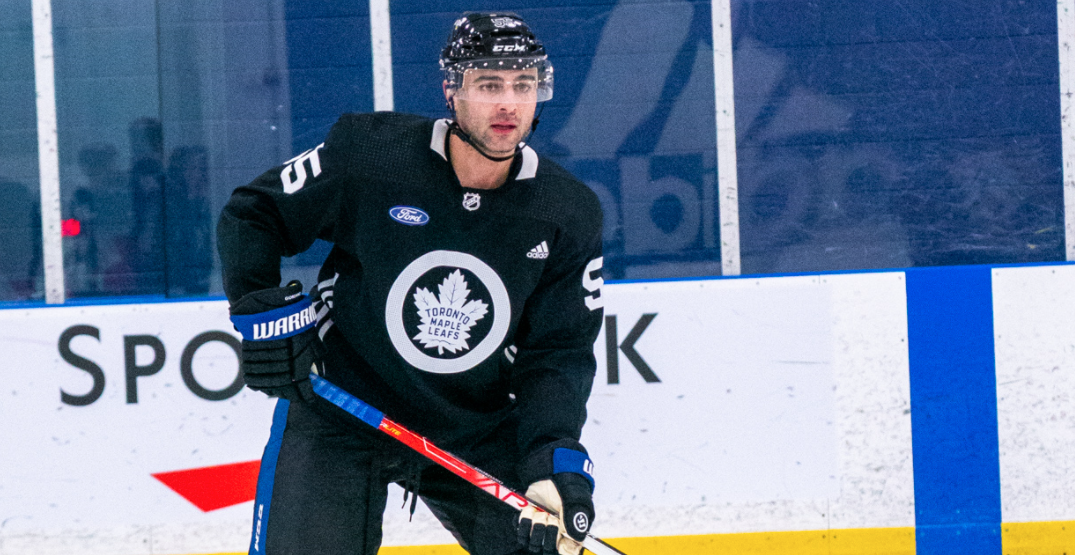 After a high-profile trade over the weekend, Mark Giordano hit the ice for the first time yesterday as a member of the Toronto Maple Leafs.

A 2018-19 Norris Trophy winner as the NHL’s best defenceman, one might expect Giordano to slot in high in the Leafs’ lineup.

But when head coach Sheldon Keefe revealed his latest lineup yesterday, Giordano found himself on the Leafs’ third defensive pairing alongside Timothy Liljegren.

“We just looked at it and thought that keeping things lefty-righty made a lot of sense to us,” Keefe said. “At the same time, it maintains pairs that have been together in Brodie-Holl and Rielly-Lyubushkin. We just thought it made sense that way.”

Giordano has put up an average of 21:29 of ice time this season in Seattle, second-most amongst Kraken defenders.

“In Giordano’s case, the thing I like the most is that it gives us options,” Keefe added.

Toronto is currently without Jake Muzzin (though he did participate in practice) and Rasmus Sandin, who was placed on injured reserve on Monday.

“When Muzzin comes back, that will force us to shift things around,” Keefe said. “I like Rielly-Brodie. We know that works well for us. We know that Giordano-Brodie has worked well in the past. We will want to get a look at that in blue and white.”

Giordano is set to make his debut tonight for the Leafs when they take on the New Jersey Devils. Puck drop is set for 7 pm ET, with Petr Mrazek taking the starter’s net for Toronto.

“He is very comfortable with who he is, what he has done in the league, and what he brings to our team,” Keefe said about his early impression of Giordano. “It was like it was another day at the office for him.”