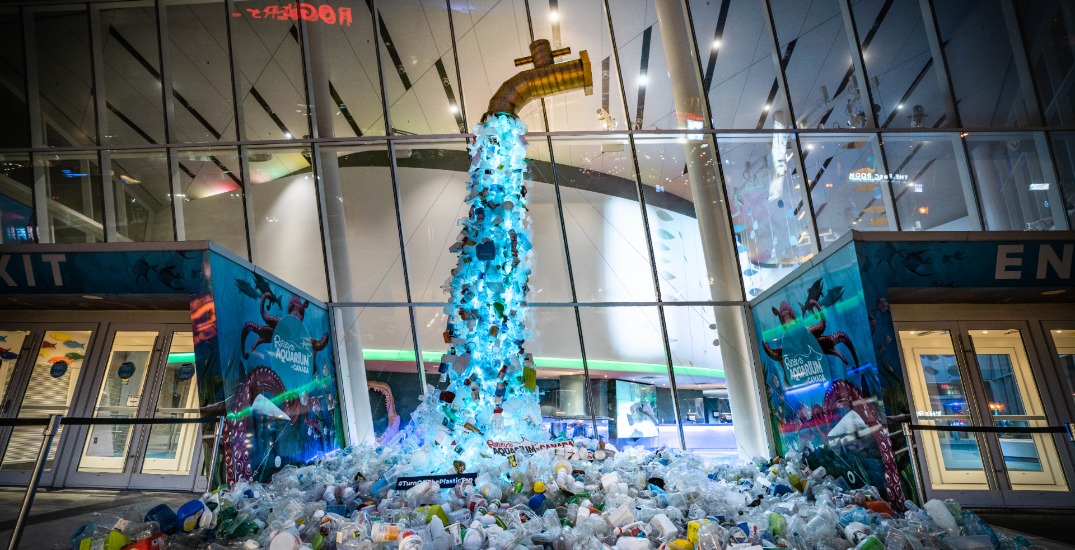 A new art installation is taking aim at Canadians’ reliance on single-use plastics that end up in the world’s water systems.

Canadian artist and activist Benjamin Von Wong created the three-storey tall tap. The installation is out front of Ripley’s Aquarium and will spew plastic all over the building’s entrance from May 10 to June 9.

This isn’t the tap’s first public appearance. It was on display at the UN’s Nairobi headquarters and was initially commissioned by the Canadian Embassy in Paris.

“For the last six years, I’ve been fighting against single-use plastics. Time and again, I would hear from the smartest people in the world saying, “We need to turn off the plastic tap” – referencing the need to address the upstream issues with plastic production rather than the downstream consequences of plastic pollution,” Von Wong said in a press release.

A post shared by Ripley’s Aquarium of Canada (@ripleysaquaca)

According to a press release, the art installation comprises 10,000 pieces of single-use plastic. The plastic tap is supposed to remind Canadians that our everyday waste and plastic use adds up.

“Canada produces more than 2.795 million tonnes of plastic waste annually, and often we forget what that really looks like. The plastic tap is a reminder to Canadians that our waste is made up of everyday items like water bottles, coffee cups, food packaging, cutlery, bags and more,” Anthony Merante, plastics campaigner with Oceana Canada, said in a press release.

The artist, Ripley’s Aquarium, and Oceana Canada ask people to use the hashtag #TurnOffThePlasticTap when sharing photos of the art installation online.