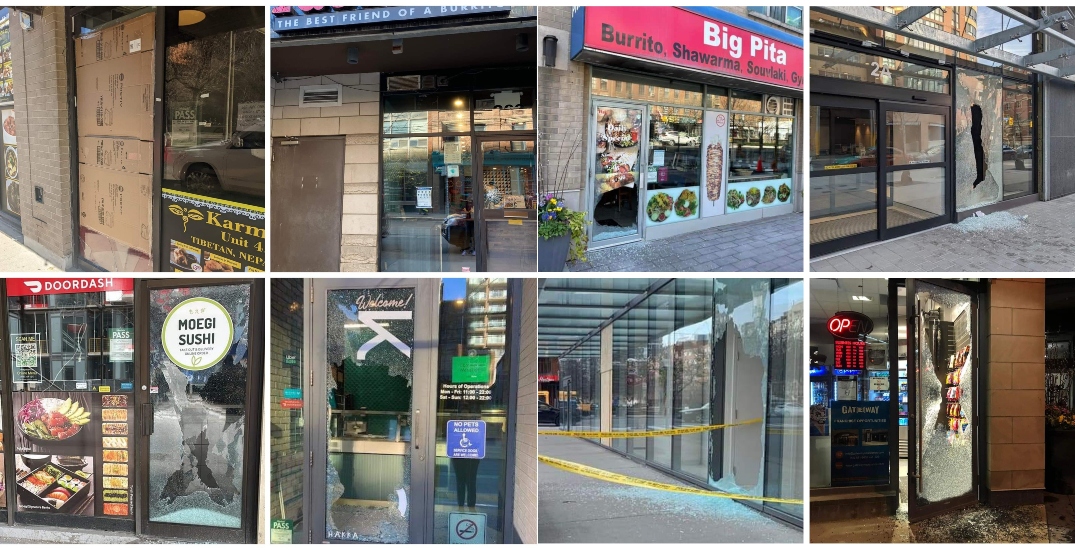 Residents have been complaining for weeks after a series of break-ins and smashed storefronts in The Esplanade and George Street South area. And police have announced that they’ve finally made an arrest.

In a May 11 press release, 51 Division – Toronto Police Service said that they’ve arrested Ian Cochran, 63, of no fixed address.

According to the release, on Thursday, May 5, at 5 am, a man in the in the Front Street East and Sherbourne Street area allegedly had a rock and was “attempting to smash the front window of a business but he was unsuccessful and left.”

However, a suspect seemingly returned to the same business a few days later on Sunday, May 8, at 4:20 am and a rock was apparently used as the front door was broken and alcohol was stolen.

On Monday, May 9, Cochran appeared in court virtually at College Park Courts and was charged with break and enter with intent, break and enter commit, and possession of property obtained by crime.

Police are currently asking to “speak to anyone who may have any further information pertaining to break and enters or suspicious incidents occurring in area.”

Residents and businesses raise concerns about crime and safety

Mansi Raturri, owner of Tacorrito on 263 King Street East, said that their store has has been broken into several times. 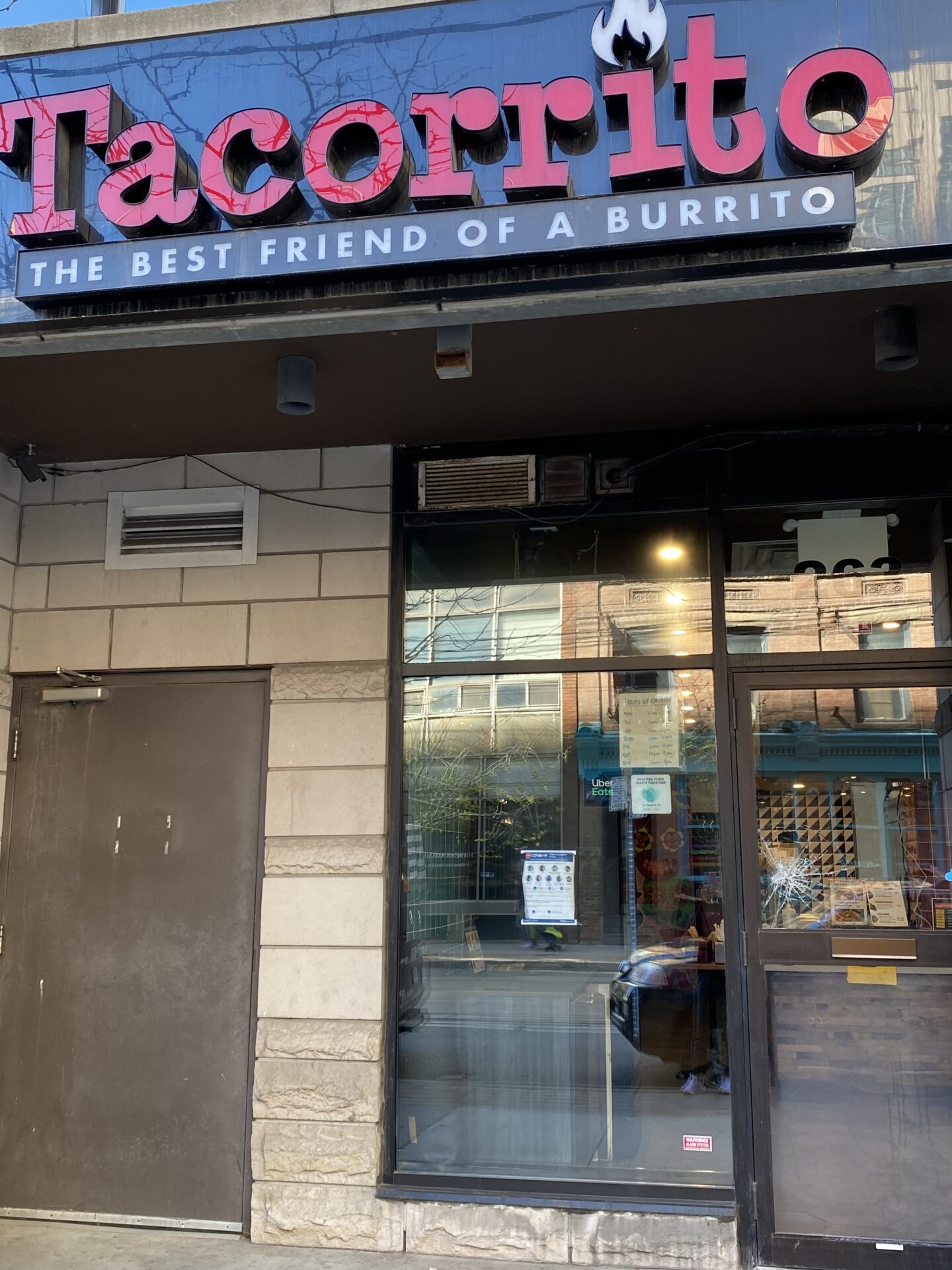 “These issues have skyrocketed since the Novotel shelter was established,” continued Raturri. 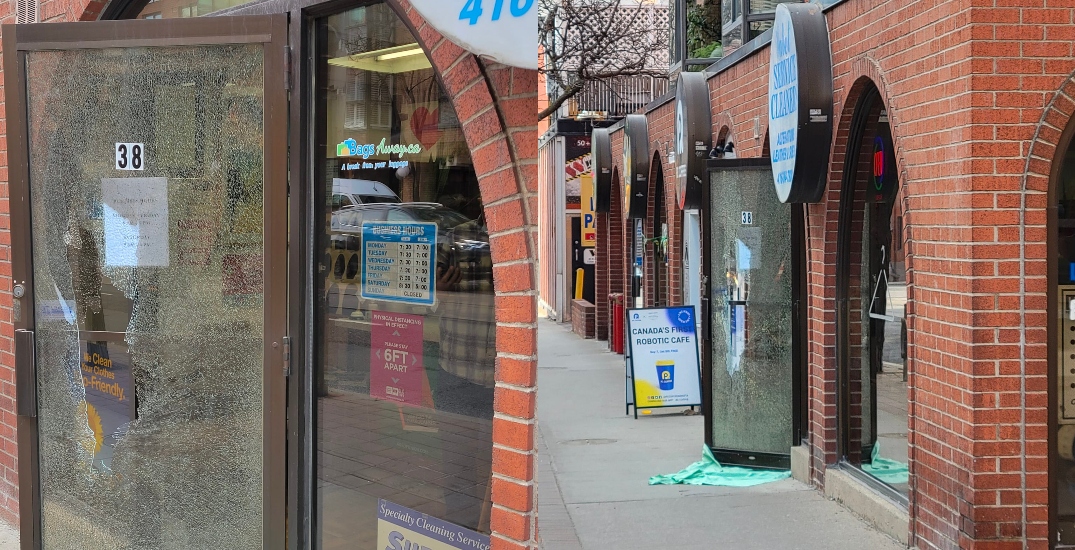 People who live and work in the area have been posting photos of other businesses with doors or windows that are smashed or covered in cardboard.

Welcome to The Historic St. Lawrence Market in May.

Home to the highest amount of smashed windows I have ever seen in my life.

Angry comments blame Mayor John Tory for not doing more to protect businesses and residents. They’re also blaming the controversial shelter that opened at 45 The Esplanade, stating that the neighbourhood has been going “downhill” since it opened in February 2021.

@JohnTory You are not doing your job. You are not looking out for the safety of Toronto businesses and residents. Allowing this to continue is not acceptable. Stop making excuses. St Lawrence Market area went straight downhill when the Novotel shelter opened. Do better. https://t.co/DFdHhjpGfi

However, others are defending those who need safe places like the shelter.

Everyone I have spoken to from the shelter is so happy to have a safe place to sleep for the first time. Yes, some of them have addiction issues – but from how happy most of them are from having a home, I don’t see them going around smashing windows to jeapordize that.

However, Mathieu Gamache, who has lived in the area for nine years, blames the government for not providing more support for people in the shelter in order to maintain a “balance.”

“That openness has been abused by politicians,” he said. “I feel like that neighbourhood is being abused for their open mind and welcoming attitude.”

Even after the arrest, Gamache said that break-ins haven’t stopped. However, people are relieved to see the authorities taking action.

“The reaction is, ‘Finally, something is getting done,'” he said.

According to Toronto Police, patrols have increased in the area.