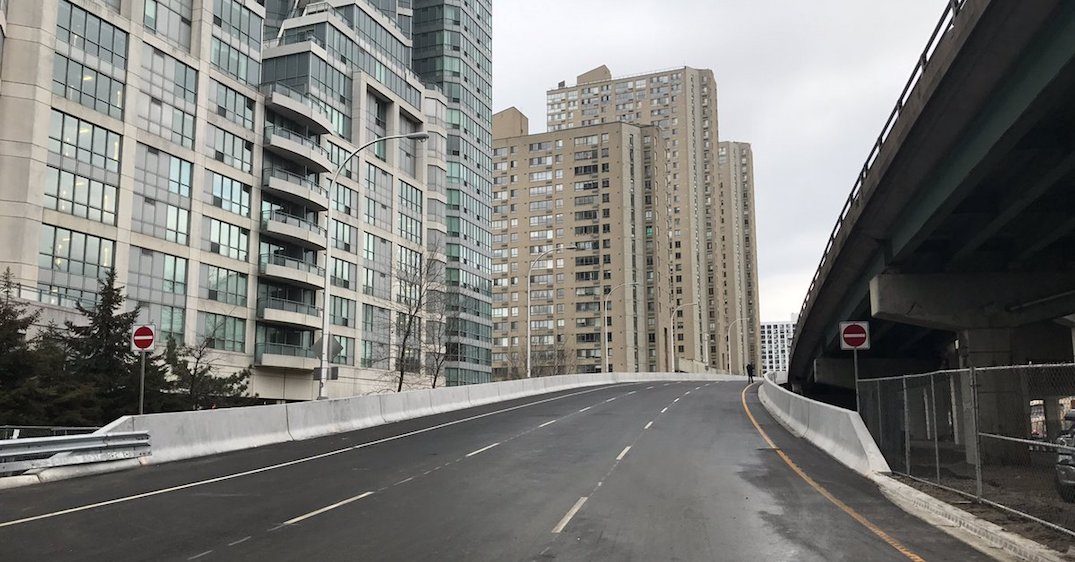 It’s a good day for commuters in Toronto, as the city has officially opened the new eastbound York/Bay/Yonge ramp from the Gardiner Expressway to Lower Simcoe Street and Harbour Street.

The project, which began in 2016, continued through last year with the demolition of the old ramp and construction of the new one. The new ramp is shorter and provides access to the waterfront, Harbour Street was widened from three to four lanes between Lower Simcoe and Bay Streets, and a dedicated multi-use trail was built to improve pedestrian and cyclist access to the waterfront.

“This ramp was completed on time, despite encountering severe problems with a storm sewer on Harbour Street and an early winter,” said Mayor Tory in a statement. “Investing in Toronto’s infrastructure is the only way to ease congestion and to keep traffic moving. The demolition of the old ramp has transformed the area and has improved access to the waterfront.”

According to the city, the new ramp exits at Lower Simcoe Street and provides motorists with improved access to Lower Simcoe, York, Bay and Yonge Streets.

The ramp was a $30-million project, and part of a larger $700-million investment made in 2017 by the City to renew aging infrastructure.

The design of the new ramp creates space for a new park, which is currently going through a public consultation process initiative between Waterfront Toronto and the City’s Parks, Forestry and Recreation division.

But while the ramp is up, the project is not yet fully complete.

The City says that completion of the final aspects of the project will begin in the spring when weather is more favourable.