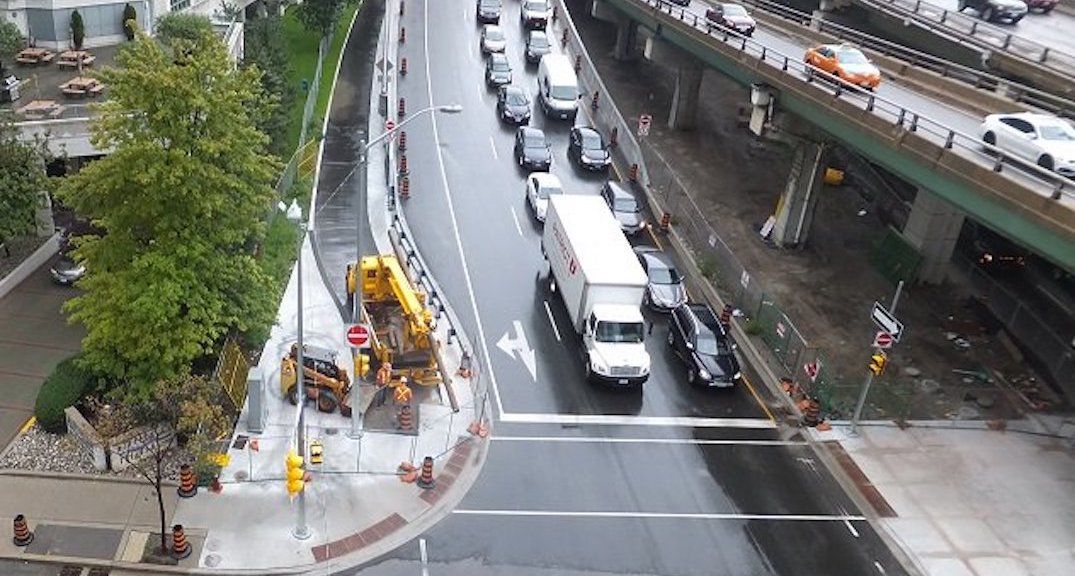 Harbour Street and the York-Bay-Yonge off-ramp will be closed intermittently overnight and over the weekend starting Wednesday.

According to the City of Toronto, while the Gardiner Expressway York-Bay-Yonge off-ramp and Harbour Street improvement project will be completed this week, there is more work to be done.

To complete the asphalt application, Harbour Street from Lower Simcoe Street to Bay Street and the eastbound York-Bay-Yonge off-ramp will have intermittent lane and intersection closures overnight and on the weekend from Wednesday, September 12 to Sunday, September 16.

The intermittent closures include:

Sunday, September 16 from 6 am. to 11 pm.
• Harbour Street will be reduced to one lane of traffic between Lower Simcoe Street and Bay Street.

While this work is in effect, motorists travelling eastbound on the Gardiner Expressway to downtown are encouraged to use the Spadina Ave. or Jarvis St. off-ramps, says the city.

The Gardiner Expressway Rees St. on-ramp will remain open at all times. The Lake Shore Boulevard westbound lanes will also remain open, with the exception of the work taking place on September 14 overnight from 10 pm to September 15, 10 am.

To help manage traffic in the area, signs will be posted to ensure the safe travel of all local road users, pedestrians and cyclists. Sidewalks will remain open during this construction and cyclists should consider using the Martin Goodman Trail on Queens Quay as an alternative cycling route.

The majority of this work is planned to happen overnight to minimize traffic disruption and congestion and to ensure quality paving work. Overnight work will involve loud noise from asphalt grinding and other related activities.