The lobby of a Toronto building with a major subway entrance just won a prestigious architectural design award for its new futuristic appearance.

The ground floor of 33 Bloor Street East — a 17-story office building above the Bloor Yonge Subway Station — was chosen as the 2021 winner for Architecture MasterPrize‘s transportation category, beating out contenders from all around the world. 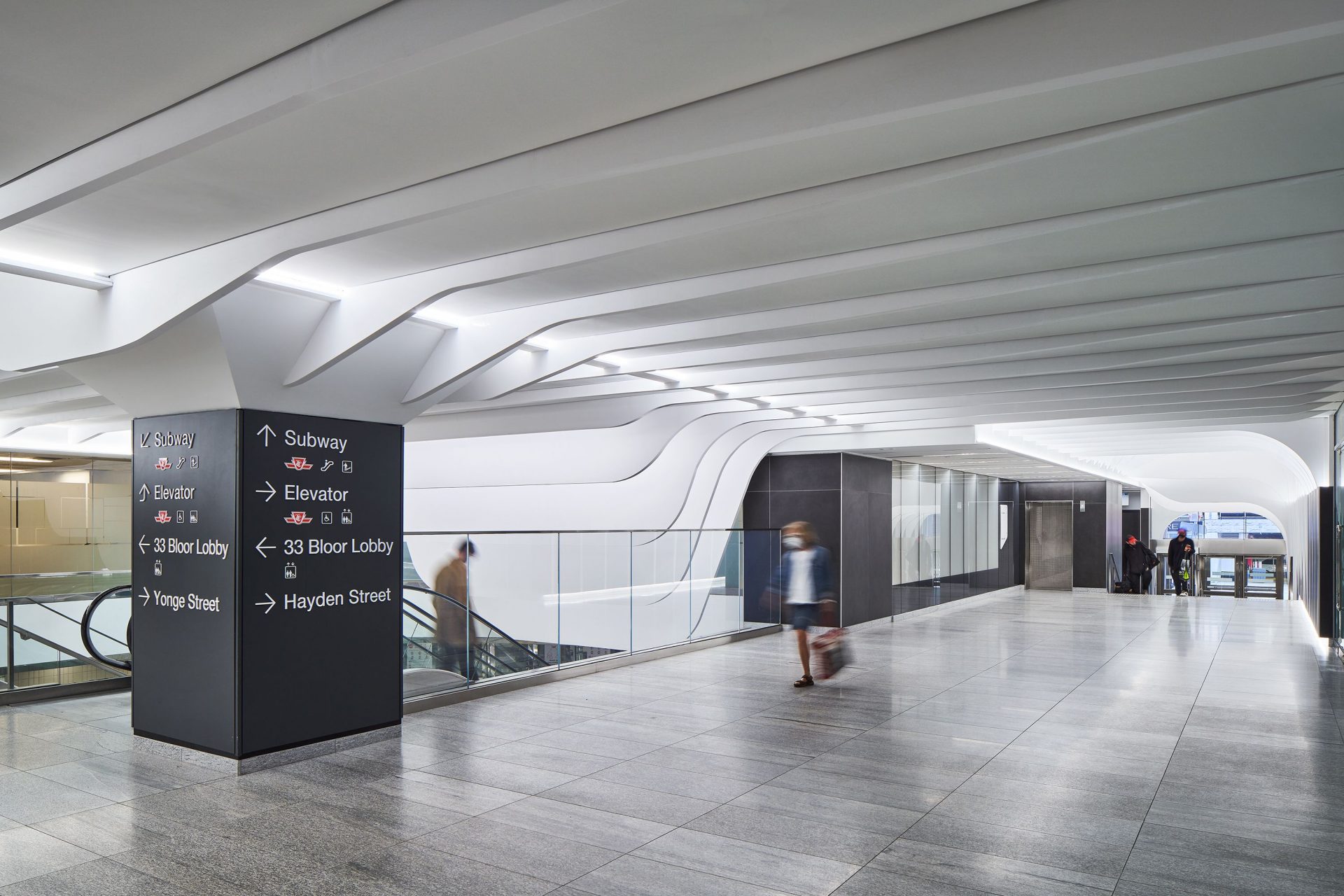 The lobby’s public space, which features a large entrance to the subway station, underwent a total renovation as part of a $25 million overhaul of the 1990s-built tower. Although the entire floor has a brand new look, the ceiling is the main attraction. 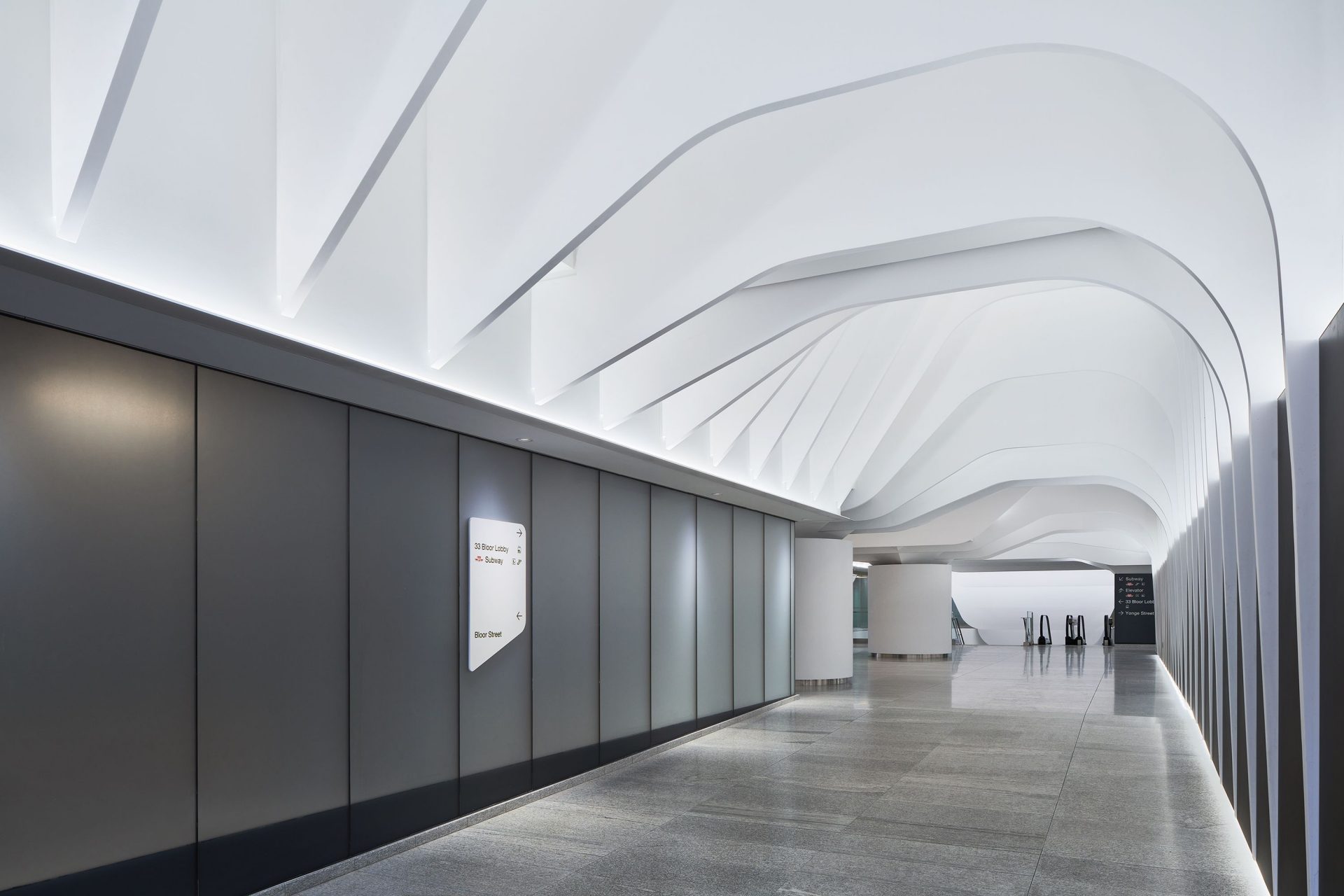 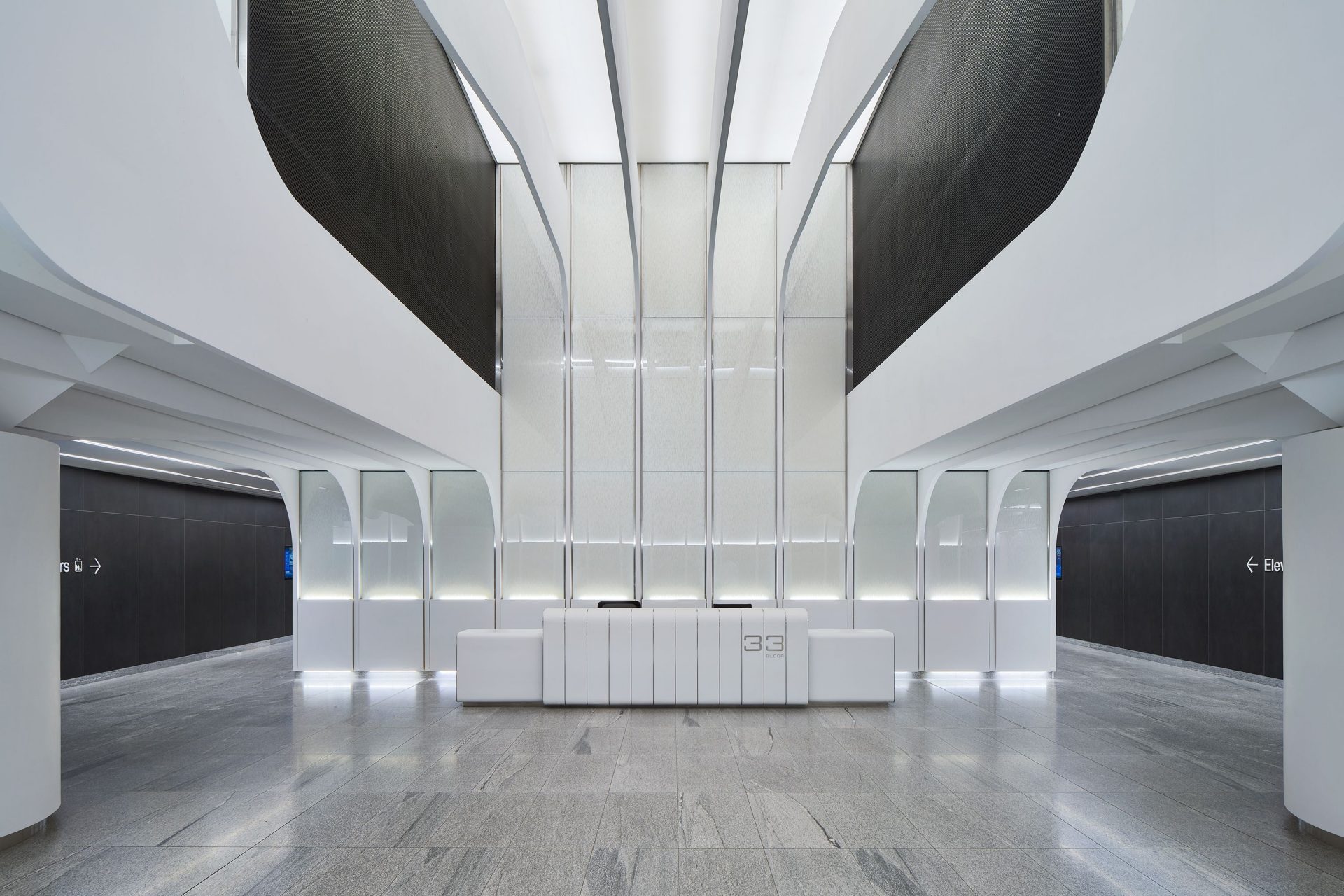 The white, curved panel design gives the space a futuristic feel that’s much different than most Toronto subway entrances, or even lobbies for that matter.

“The renovation of the public and retail areas of the building improves the street presence with a feature entrance for the office lobby and subway,” the Architecture MasterPrize website reads. “A feature ceiling undulates throughout and acts as a natural wayfinding system linking the access from three streets to the main lobby and the subway while covering the beams that support the tower above.” 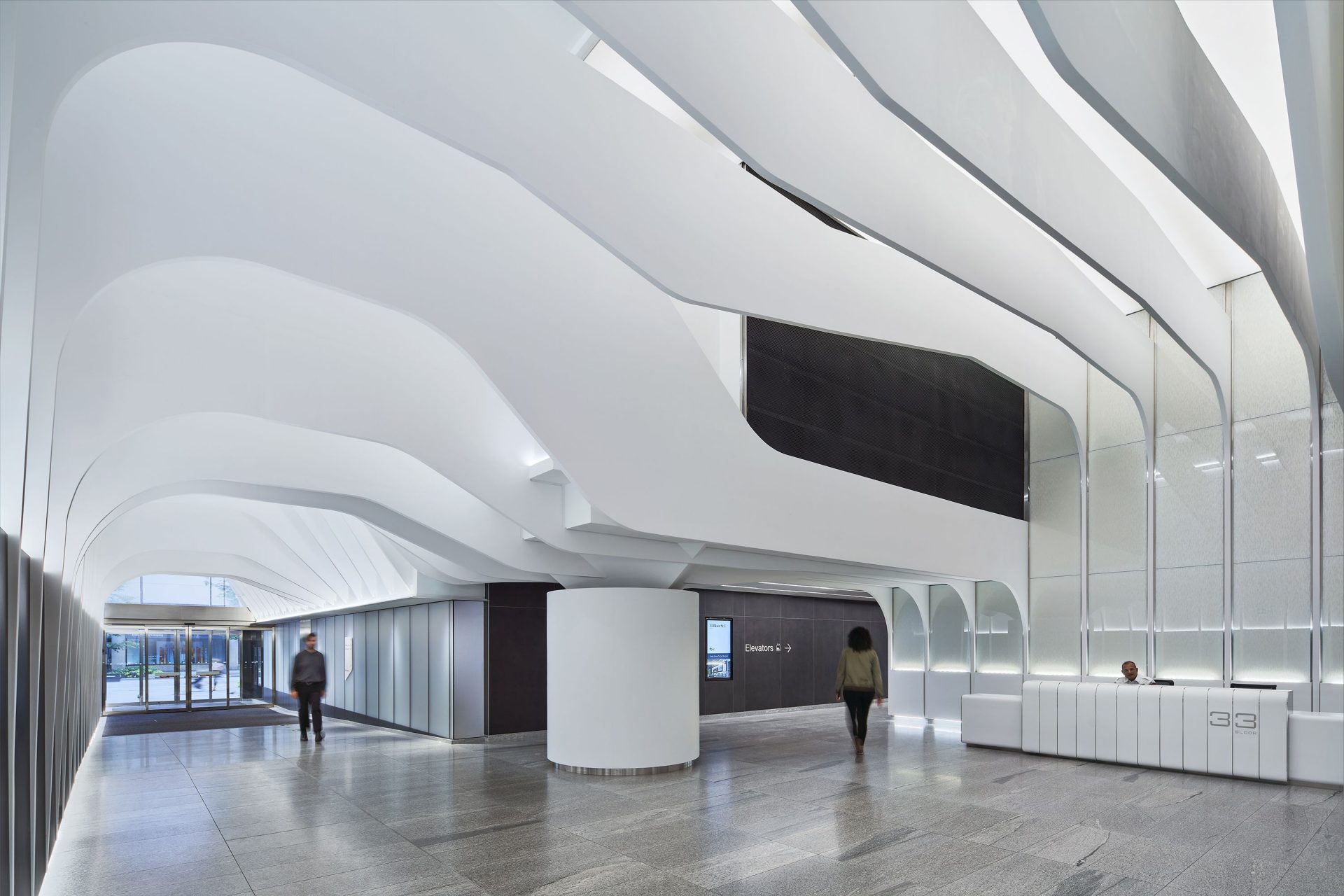 The renovation, completed in 2020, was designed by WZMH Architects, with architect Andrea Tocchini leading the project. As the architecture firm’s website describes it, “from Bloor Street, the arches start in a high position, welcoming pedestrians into the building. Like waves, they move along the north/south corridor, animating the space, directing people naturally to the subway platform entrance.”

Now, if only every subway entrance in Toronto could be as aesthetically pleasing as this one.