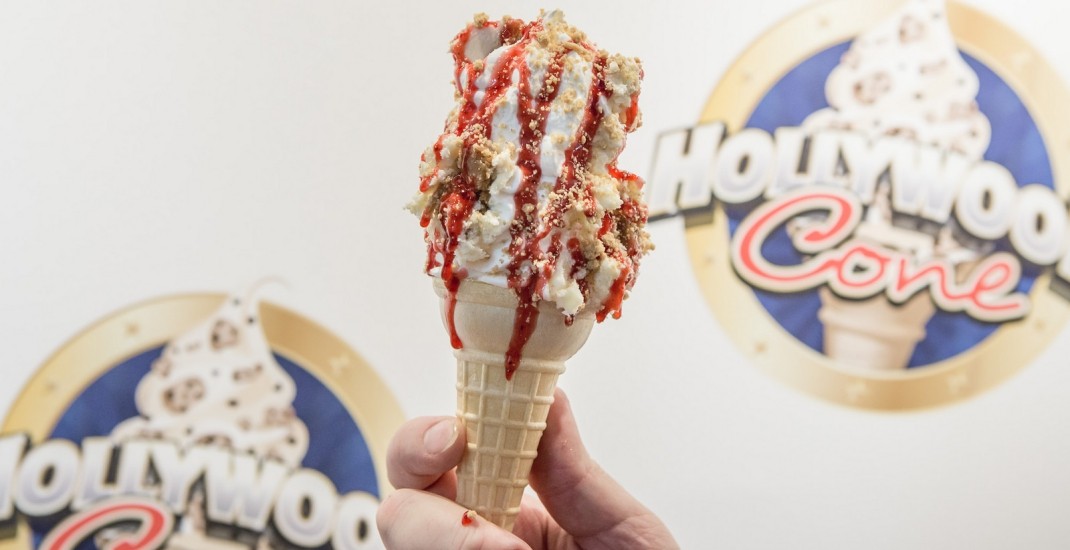 The April forecast is looking up and FREE ice cream might have something to do with it.

As previously reported, Free Cone Day from Ben & Jerry’s is returning to Toronto on April 10, but that’s not the only FREE ice cream eating opportunity on the calendar this spring.

Hollywood Cone is celebrating its first year open on Queen West with a free ice cream cone giveaway for the first 100 people in line at 3 pm on April 8 plus $3 cones on special all day.

For the uninitiated, this epic ice cream parlour originates in Oshawa and is known for its ultra-Instagramable menu, featuring mutant milkshakes, ice cream floats, and banana splits in addition to ice cream cones.