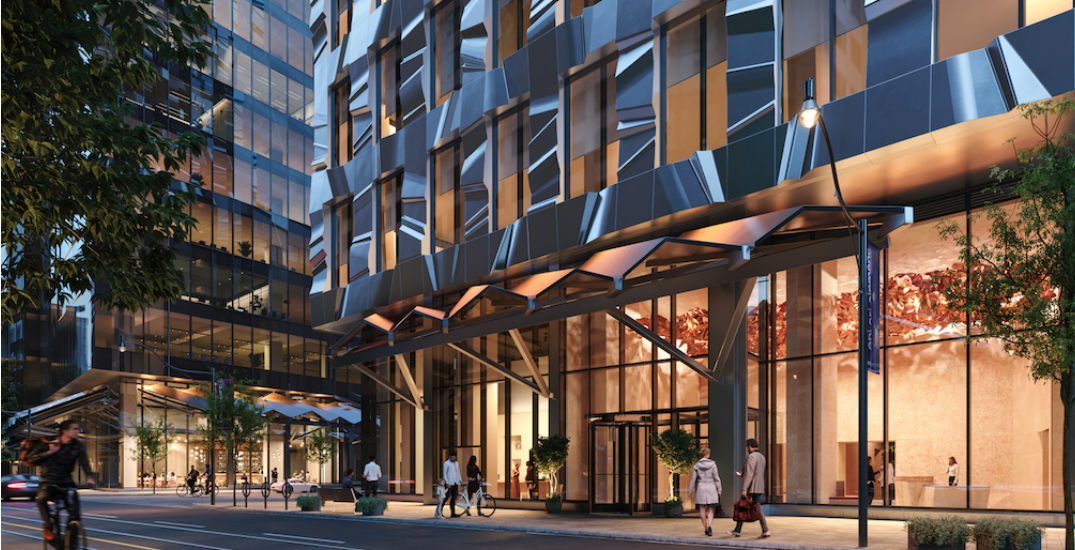 New details have been revealed for Frank Gehry’s Forma, including a Group of Seven-inspired lobby and a 73rd floor Grand Suite.

The Canadian architect’s first residential towers in the country and his tallest buildings in the world to date, Forma will leave “a dramatic and indelible mark on Toronto’s skyline,” a release reads. The east tower will stand 73 storeys tall and the west will reach 84 storeys.

Gehry took inspiration from the buildings he admired growing up in Toronto, including Old City Hall, Osgoode Hall, and the Royal York Hotel. 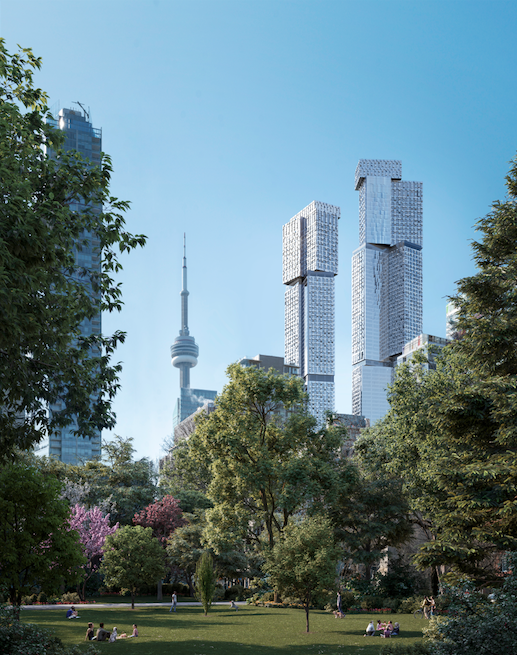 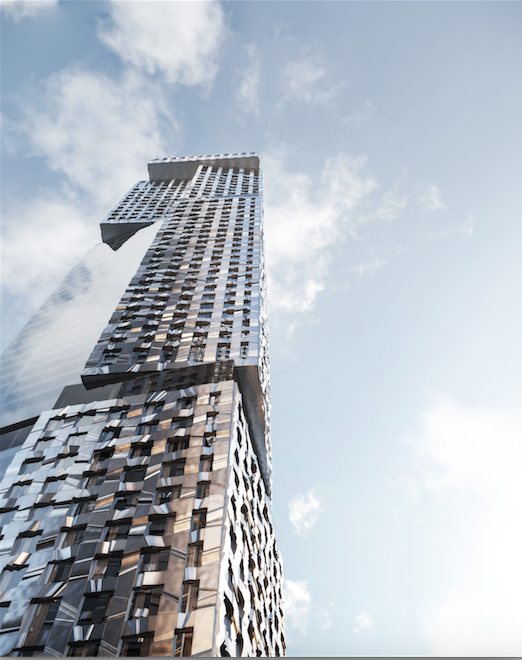 “There is a feeling of Toronto that I had as a kid, and I wanted that to be in the DNA of our design,” Gehry said.

“I wanted this building to capture the essence of Toronto. It’s not like everywhere else. The light is different. The heritage is different. It’s a different place. I hope that is what people see when they look up.”

The feeling guided the exterior design, which aims to achieve a “unique presence” in Toronto. It also had a hand in the east tower’s Gehry-designed lobby, which was inspired by the Group of Seven and the ties between the natural landscape and Canada’s identity. 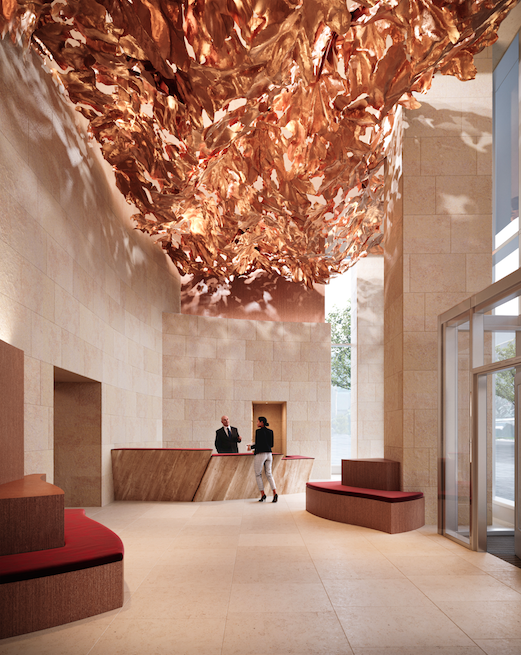 Contrasting the stainless steel of the tower’s facade, the lobby features curved wood furniture and accents and limestone cladding on the walls and floor.

The focal point, though, is the sculptural installation on the ceiling. Conceived by Gehry’s design team, the striking piece is a shimmering motif of maple leaves that can be seen from the street.

Other interior spaces, including the tower’s enviable amenities, were designed by Studio Paolo Ferrari. Building on Gehry’s initial inspiration, the studio delivered designs that “serve as a metaphor for the city.”

Rather than being clustered together in one spot, Forma’s amenities are grouped together by theme and strategically located throughout the tower. The separation allowed Ferrari to focus on each area’s intended use and create spaces that are intimate and accessible. 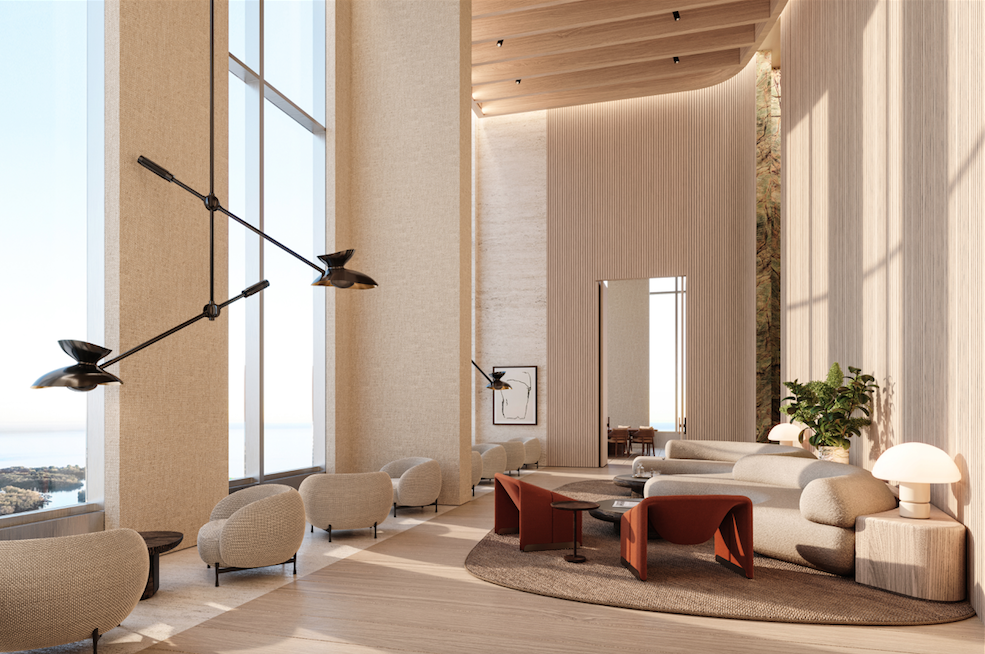 “Our intention was to craft purposeful spaces that oscillate between social and serene,” said Paolo Ferrari, the studio’s founder.

“Toronto is an unrelenting, energetic city that, at the same time, also has incredible connections to the lake and nature. We wanted to capture a balance between the exuberance and the restorative.”

The Grand Suite on the 73rd floor houses the hospitality and entertainment amenities. In addition to breathtaking views, the suite features a chef’s kitchen, interconnected entertainment rooms, and an intimate theatre intended for smaller groups. 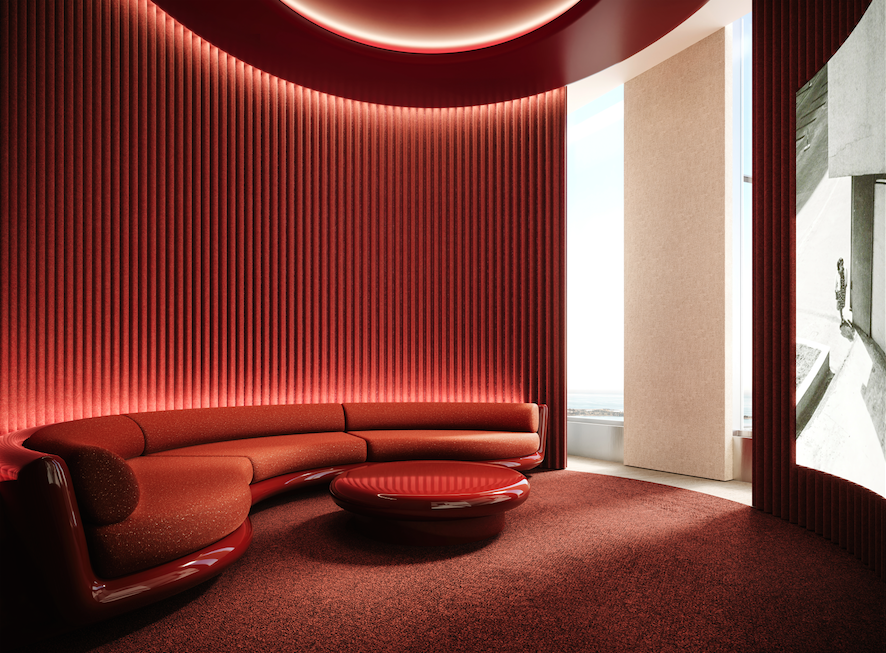 The Creator’s Club includes a co-working space with private and semi-private areas as well as open spaces intended for collaboration. An adjoining Maker’s Studio features space for hands-on tasks, crafts, and hobbies, and the soundproof recording studio allows for the recording of podcasts, social media videos, and the like. 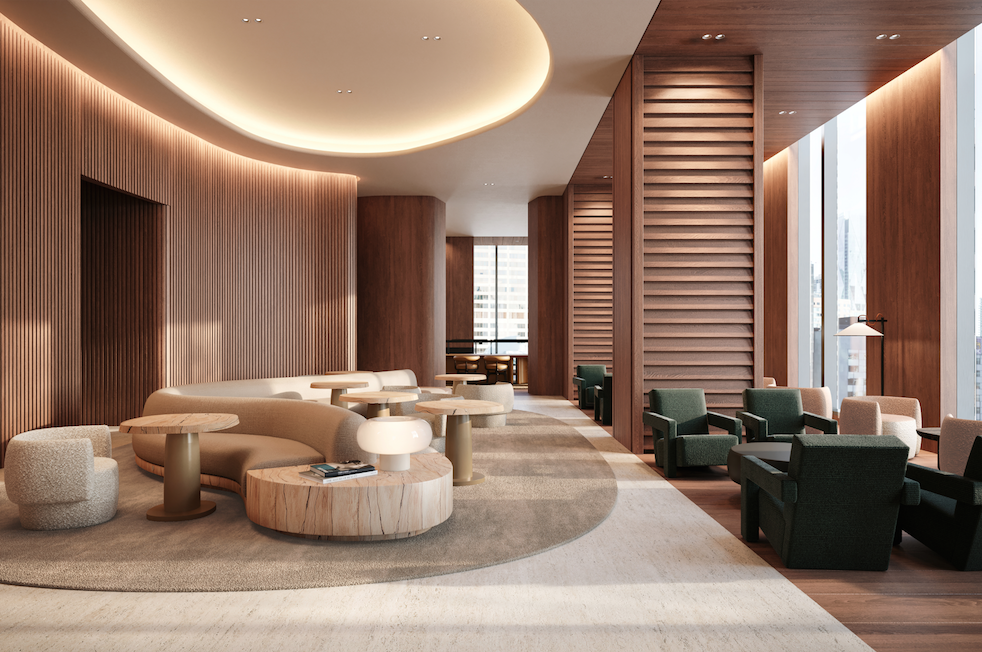 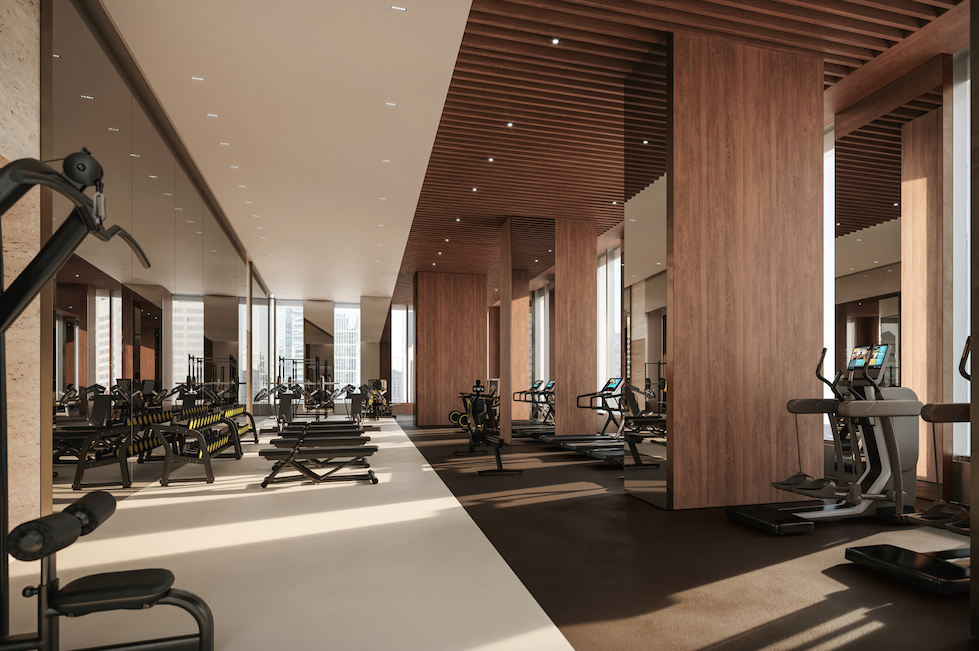 The Health and Wellness Retreat focuses on “the duality of restoration and high energy.” Future residents can enjoy a spa, jacuzzi, sauna, fitness studio, and dedicated spin room.

Located at 266 King Street West, Forma will consist of 2,087 units across the two towers. Layouts range from studios to three-bedroom plus den condos.