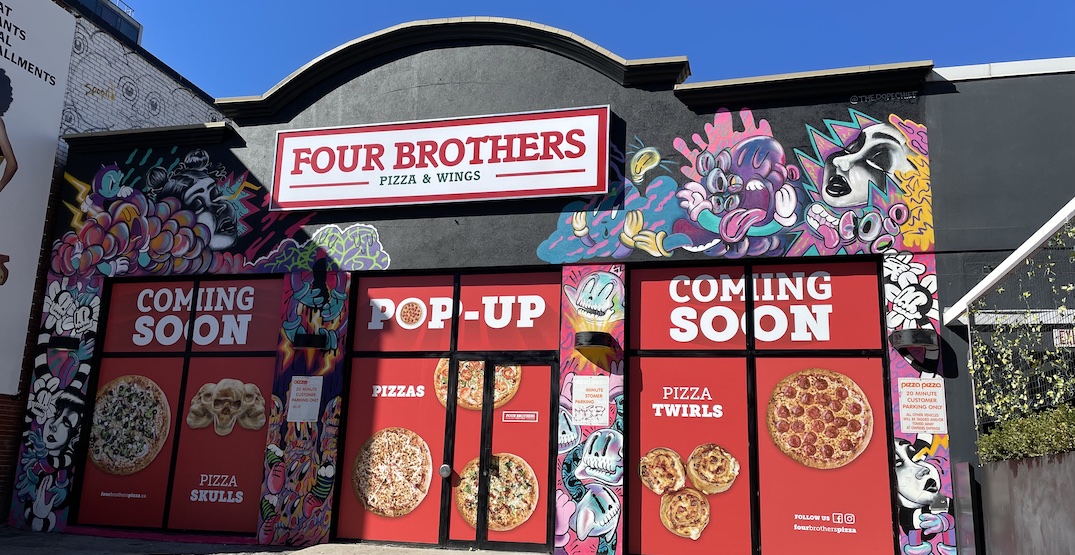 A popular GTA pizza shop will finally make its way to the big city and open its first Toronto location very soon.

Four Brothers Pizza, the home of the seasonal Pizza Skulls, will be opening its doors at 540 King Street West in the next few weeks.

A concrete date has yet to be determined, but Four Brothers told Daily Hive that they’re aiming to open in three weeks, although it could be sooner than anticipated.

They plan to remain open into late hours of the night to cater to party-goers.

Customers can expect all the fan favourites like their Halloween special Stuffed Pizza Skulls and Pizza Twists.

Four Brothers currently operates two locations in the GTA, a location in Mississauga and one in Oakville.

They’re so popular that they’ve had their fair share of celebrities stop by for a bite like The Chainsmokers, Loud Luxury, Scott Disick, Lil Jon, and more.