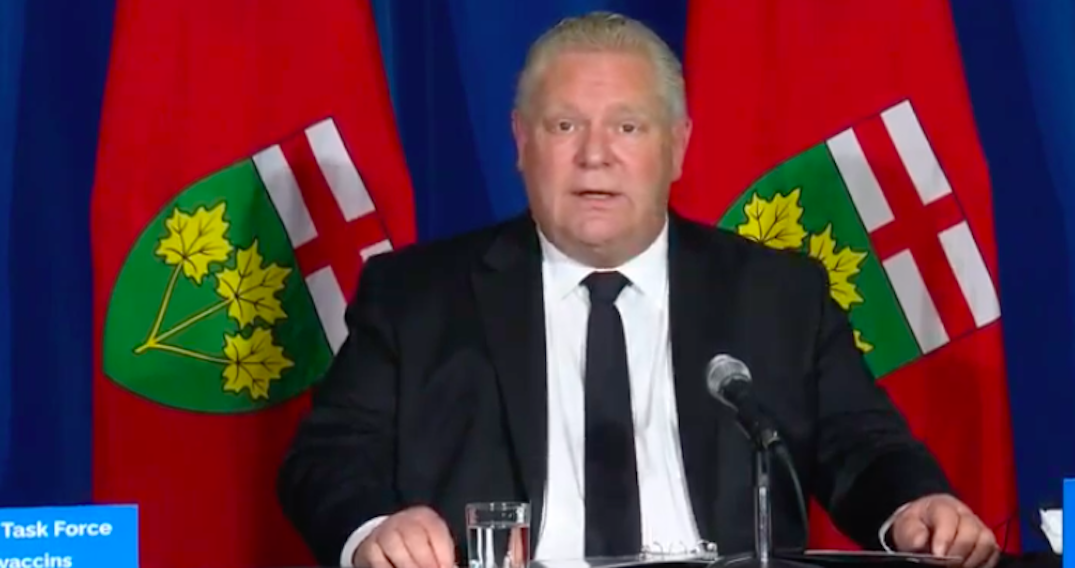 Premier Doug Ford is set to make an announcement on Friday afternoon, as Toronto is set to move into the Grey Zone next week.

On Wednesday, Toronto’s top doctor and Mayor John Tory recommended that the city move into the Grey Zone on Monday, March 8, once the Stay at Home orders lift.

Tory said four categories need to be considered before moving into the Grey Zone. They include public health, consistent regional and provincial rules, behaviour and mindset of people, and jobs and the economy.

The Grey Zone would see retail reopen at 25% capacity.

The press conference will take place at 1 pm from Queen’s Park.