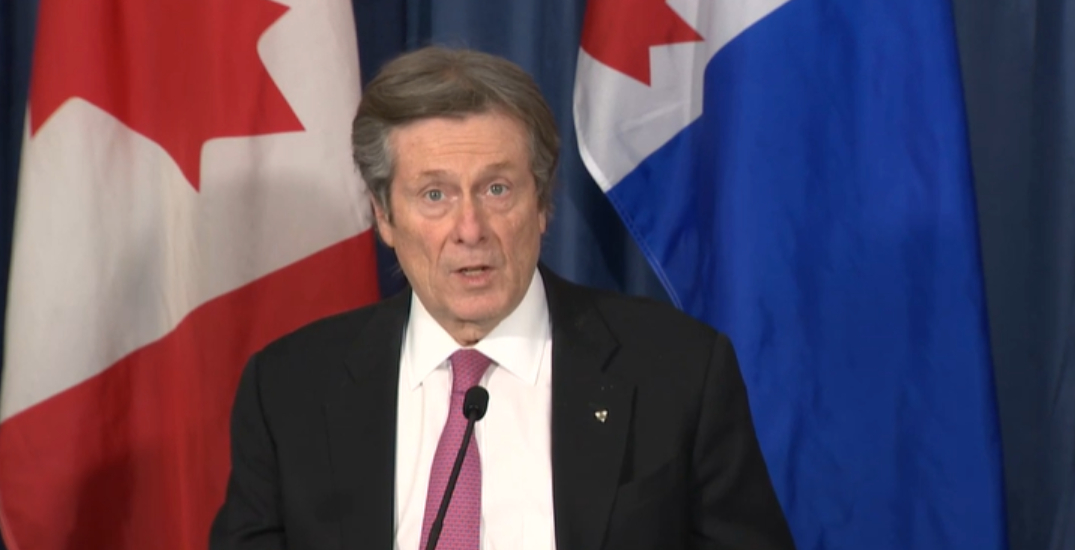 Toronto’s mayor and top doctor outlined a plan recommending the city move into the Grey-Lockdown Zone next week if the Stay at Home orders are lifted on March 8.

Tory said four categories need to be considered before moving into the Grey Zone. They include public health, consistent regional and provincial rules, behaviour and mindset of people, and jobs and the economy.

“The overall case counts call for a cautious approach allowing us to reopen as safely as possible,” de Villa said.

Toronto’s top doctor said that reopening widely under the red-control zone is “not advisable at this time” but that moving out of the Stay at Home order is a reasonable course of action for Toronto.

There will be a scaling up of enhanced safety measures for frontline workers who are disproportionately impacted by COVID-19. And under a new Section 22 order, de Villa said there will be a more targeted approach for outbreaks in workplaces. The province is also providing a proactive enforcement blitz to ensure workplaces are following public health protocols.

De Villa said that Toronto staying under the orders and moving into the lockdown zone helped limit the spread of the virus across Ontario.

On February 19, the Government of Ontario extended the Stay-at-Home orders for Toronto, Peel, and North Bay-Parry Sound until at least March 8.

Toronto and Peel’s top doctors had previously asked the province to extend the orders due to the emerging COVID-19 variants in the regions.

The other 31 public health units in the province have reverted to the updated colour-coded framework. There are five categories: Green-Prevent, Yellow-Protect, Orange-Restrict, Red-Control, and Grey-Lockdown.

Under the Grey Zone, retail can reopen with 25% capacity and enhanced restrictions, but non-essential businesses, like hair and nail salons, cinemas, and venue spaces,will remain closed.

Indoor gatherings are still not allowed, but there can be outside gatherings of 10 people.

Peel’s top doctor also called for the region to move into the grey zone due to variants of concern and a rise in COVID-19 cases.