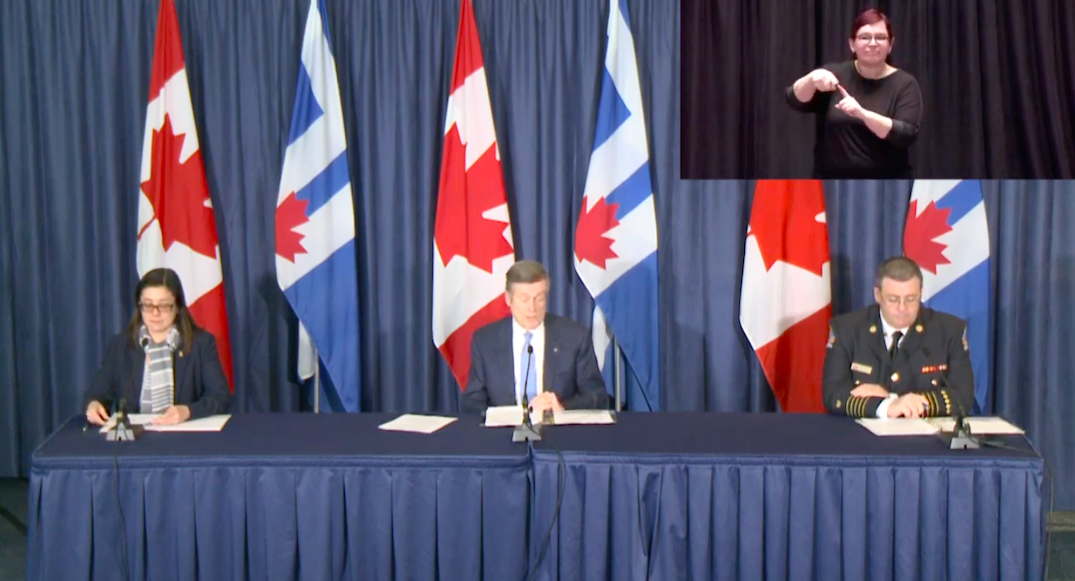 On Wednesday, Tory said that residential rent relief is needed for those who cannot pay their rent.

He noted that Premier Doug Ford’s actions to freeze evictions in March was an important first step, but more needs to done, especially as May 1 is just around the corner.

“The federal government needs to work with provinces in order to do more for tenants. We need a residential rent relief program,” Tory said.

The mayor said that tenants and landlords need to work together, adding that “in order to make this the most effective response, every landlord should sit with every tenant on the residential side, which has been done already I know. But there needs to be some agreement to defer payments from March to help tenants out. I’ve been taking about the need for relief for sometime now, nothing has changed.”

He said that the commercial rent relief was done by the province and federal government, and the same needs to be done for residential rent relief.

“Helping people stay in their homes is so important right now,” said Tory.

The mayor emphasized this sentiment could not be more true than for the shelter community in the city.

Tory announced the municipality has a plan to implement a modular supportive housing initiative to create 110 modular homes in two three-story developments on city-owned sites – representing Phase I of the Toronto’s modular housing pilot.

The new modular homes are expected to be ready for occupancy by September 2020 and will provide stable, affordable housing and support services to individuals experiencing homelessness.

A full request for proposal (RFP) will be issued in the summer of 2020 for the second phase of the pilot, representing an additional 140 modular supportive homes to be completed by April 2021.

The terms of the proposed contract will be reviewed and considered by City Council at its April 30 virtual meeting, Tory said.

According to the city, the full capital costs for Phase I of the pilot is estimated at $20.9 million.

Funding would come from the City’s Development Charges Reserve Fund for Subsidized Housing, and from the Government of Canada through Canada Mortgage and Housing Corporation’s Affordable Housing Innovation Fund, which has committed $8.25 million in grants and recoverable loans.

Modular housing can be implemented at a lower cost and shorter timeframe than traditional housing construction models. While this would be the first modular housing project by Toronto, it has been used in other jurisdictions in North America.

Tory said prior to the pandemic, city staff were preparing to bring forward a report on possible site locations for the modular housing in March but the pandemic sidelined regular committee and council meetings.

“While there was significant need on this housing before, the need has increased considerably,” Tory said.

Toronto’s Medical Officer of Health Dr. Eileen de Villa emphasized the importance of the housing for vulnerable communities during the pandemic, and before coronavirus hit the population.

“Affordable, quality and stable housing is important for good health and well being,” de Villa said. “It is important to address inequity to improve public health.”

De Villa also said the interim housing for six months, which will place individuals from the shelter community in over 125 apartments around the city, will allow for better physical distancing as cases continue to increase.

The Medical Officer of Health confirmed there are 5,360 total coronavirus cases in the city with 347 reported deaths.