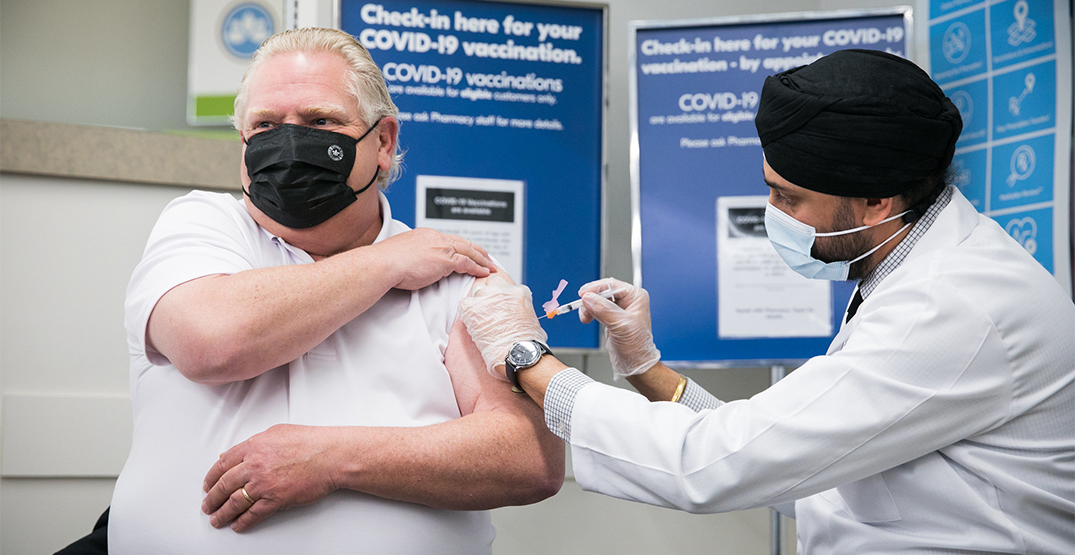 Premier Doug Ford has an appointment to get his second dose of the AstraZeneca COVID-19 vaccine Thursday, as his cabinet moves to enter Step 2 of the reopening plan two days early.

Ford is scheduled to receive his second shot at an Etobicoke pharmacy at 12:30 pm, and the event will be filmed. First dose AstraZeneca recipients can choose either an mRNA vaccine or a second round of AstraZeneca for their final shot — and it appears Ford went with the shot he could receive sooner.

In discussions with his cabinet this week, Ford decided to advance to Step 2 ahead of schedule on June 30. That’s ahead of the July 2 scheduled date and means more activities will be on the menu for Canada Day.

The province made the announcement in a news release Thursday morning.

Moving into Step 2 means hair salons will reopen, and capacity limits at patios and retail businesses will increase. Stores inside malls will also be able to reopen.

The gathering limit outdoors will increase to 25 people, and individuals can host up to five people indoors again. 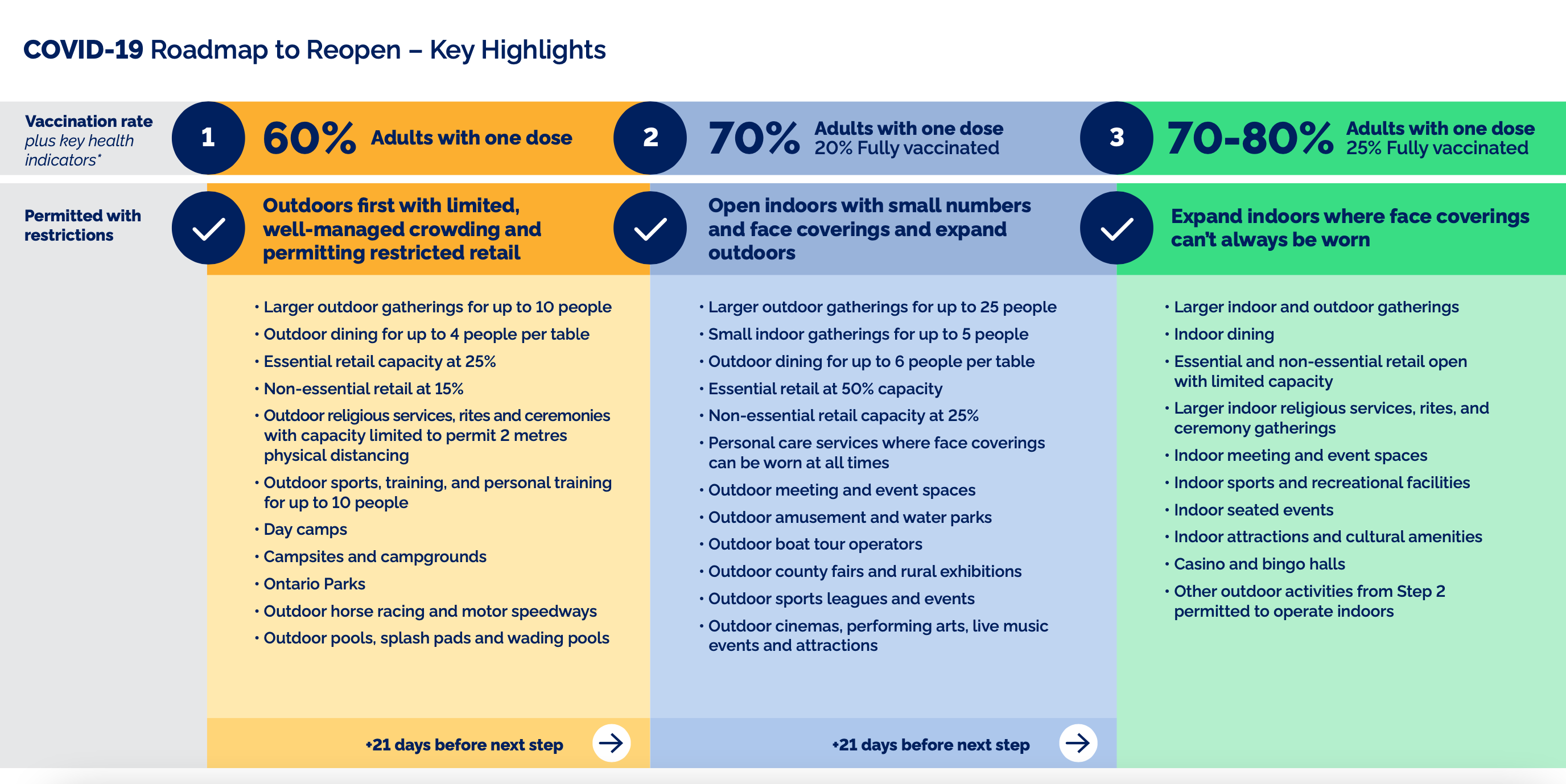 According to the province, more than three-quarters of adults in Ontario have received their first shot, and 27% are fully immunized. That meets the vaccination threshold to enter Step 3, but the reopening plan says 21 days must elapse between the transitions.