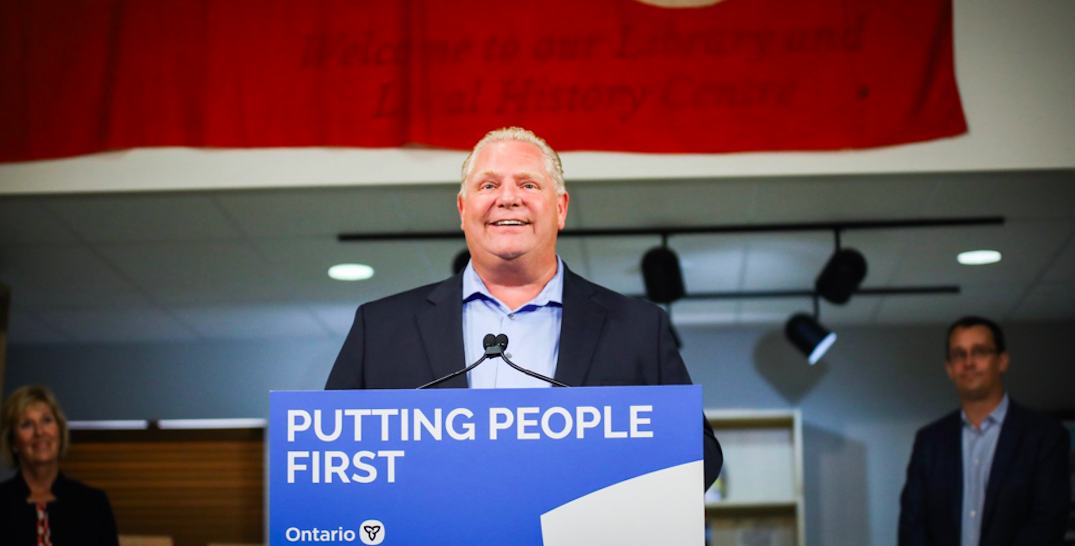 Premier Doug Ford and members of his Cabinet will be in Ottawa today to participate in a series of events following the release of Ontario’s 2020 budget and ahead of Remembrance Day.

Ford and Lisa MacLeod, Minister of Heritage, Sport, Tourism and Culture Industries, will make an announcement at the Canadian War Museum at 11 am.

And at 1 pm, Ford, Christine Elliott, Deputy Premier and Minister of Health, and Rod Phillips, Minister of Finance will provide an announcement at the Ottawa Civic Hospital.

On Thursday, the Ontario government released it’s 2020 budget with a $45 billion investment for the next three years, with the deficit remaining at $38.5 billion.