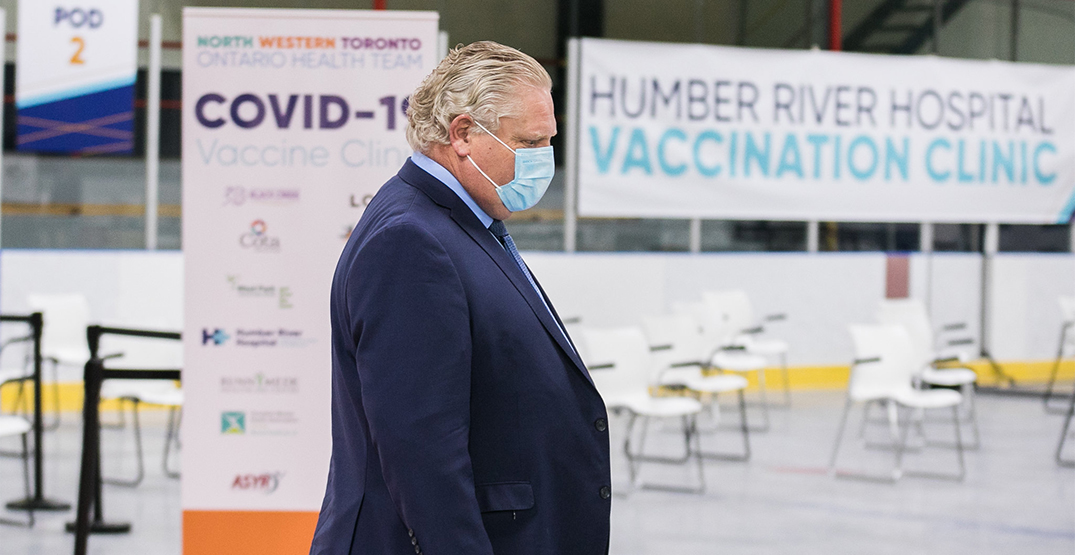 The Ontario government has offered to top up the federal sick leave program to double the amount workers receive, but Ottawa wants the province to implement employer-based paid sick leave instead.

In an April 22 letter from Ontario Finance Minister Peter Bethlenfalvy to federal Finance Minister Chrystia Freeland, the provincial government details an offer to double the Canada Recovery Sickness Benefit (CRSB) for Ontarians from $500 to $1,000 per week.

“We are prepared to make this commitment immediately, and the province will pay the full cost of the additional top-up,” the letter obtained by Daily Hive said. 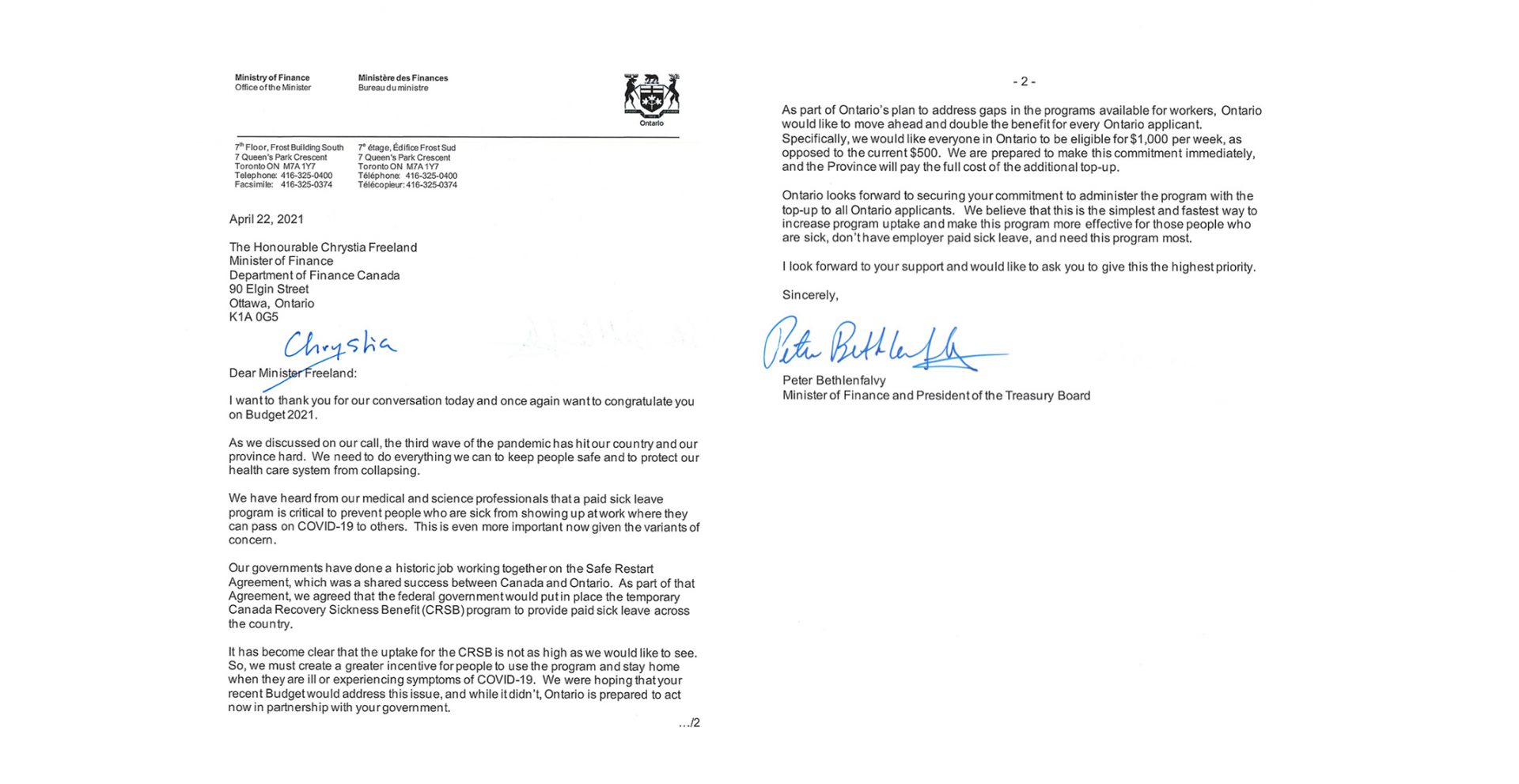 Premier Doug Ford’s government believes this would be the fastest way to get money to workers who have already applied, a government spokesperson said.

But Ottawa doesn’t appear willing to accept Ontario’s offer to top up CRSB payments. Speaking at a press conference Tuesday, Prime Minister Justin Trudeau said his government is in talks with Ontario to bring forward a sick leave program that’s tied to workplaces.

“Provinces need to work on a way to deliver sick leave directly through employers, which the federal government can’t do,” he said. “I know the deputy prime minister [Freeland] is working directly with [the] province of Ontario to ensure the right supports get there for people as quickly as possible.”

“The CRSB is there to help those Canadians who would otherwise fall through the cracks – either because they do not have a regular employer or because their province has not yet mandated that paid sick leave be offered,” she said.

The federal program pays workers who need to self-isolate because they’re experiencing COVID-19 symptoms, but it’s been criticized because there’s a lag between when employees take time off work and when they receive money.

Ontario’s offer falls short of providing provincially paid sick days, which many public health experts and labour advocates have been calling for throughout the pandemic.

Ford’s Conservative government has repeatedly shut down calls for provincially-mandated paid sick days to combat COVID-19 spread during the pandemic. Most recently, an NDP bill calling for sick days and paid time off to get vaccinated was voted down in February.

However, Ford changed tack on sick leave last week when speaking outside the Toronto home where he’s currently isolating due to a close contact staffer who contracted COVID-19.

“I experienced a workplace exposure from a member of my team,” he said Thursday. “I’m able to isolate and continue working. But for too many people right now, that’s not the case.”

Ford said last week that the program would fill the gaps in the Canada Recovery Sickness Benefit (CRSB) that isolating workers need to apply weekly for.

The federal program Ford is trying to supplement provides workers with $450 a week after tax. Workers can only apply for it for a total of four weeks in a calendar year. That means essential workers wouldn’t be paid at all if they have to self-isolate due to a COVID-19 exposure more than twice.