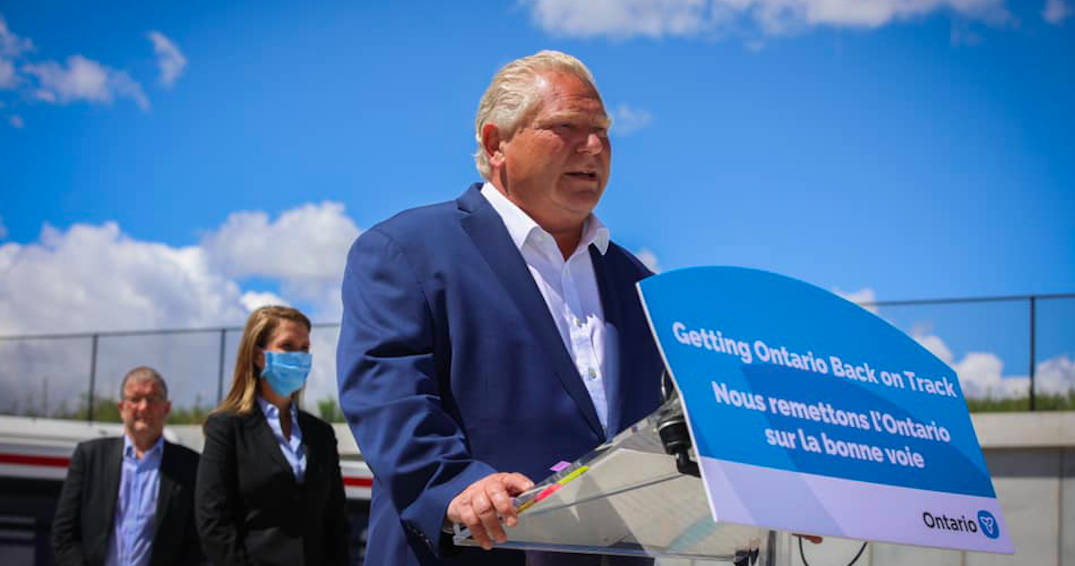 On Thursday, Ford said, “we do have a plan for proactive testing right across the board, it’s a well-oiled machine.”

He added that Public Health Ontario is processing around 25,000 to 30,000 tests every day and that the health team is on alert if there are any spikes in cases as children head back to school.

“We’re ready for those spikes, we’ve learned a lot as a province, as a people. You know, back in June we had over 400 cases now we mostly have below 100,” Ford said.

“I made it very clear to all ministers on our cabinet nothing is more important than making sure we have a safe environment for kids going back to school.”

Ford emphasized that they have hired 500 nurses to go into these hotspots and do enhanced testing.

In the letter, Hunter says that the government should conduct “surveillance” testing to protect students and staff at these schools.

“Testing should take place prior to the reopening of schools, and continue into the beginning of the school year to ensure a smooth and safe return to school that is sustained,” the letter reads.

Hunter adds that she is “deeply concerned” about the safety of students and education workers in her riding, which remains a coronavirus hotspot.

Toronto Public Health has identified nine public schools in her riding that are at high risk for virus transmission.

“These areas are disproportionately home to Indigenous, Black, South Asian, Arab, other racialized communities and new Canadians. Many of these schools are predominantly located in low-income areas, which as we know, are at higher risk of COVID-19 transmission with fewer options for self-isolation.”

The MPP said that after speaking to parents, they do not feel the Ministry of Education’s back-to-school plan will keep their children safe.

One of the main criticisms of the Ontario back-to-school plan is that elementary classes will not be physically distanced.

Last week, the provincial government allowed school boards to dip into $500 million of reserve funds to use as they see fit to institute physical distancing.