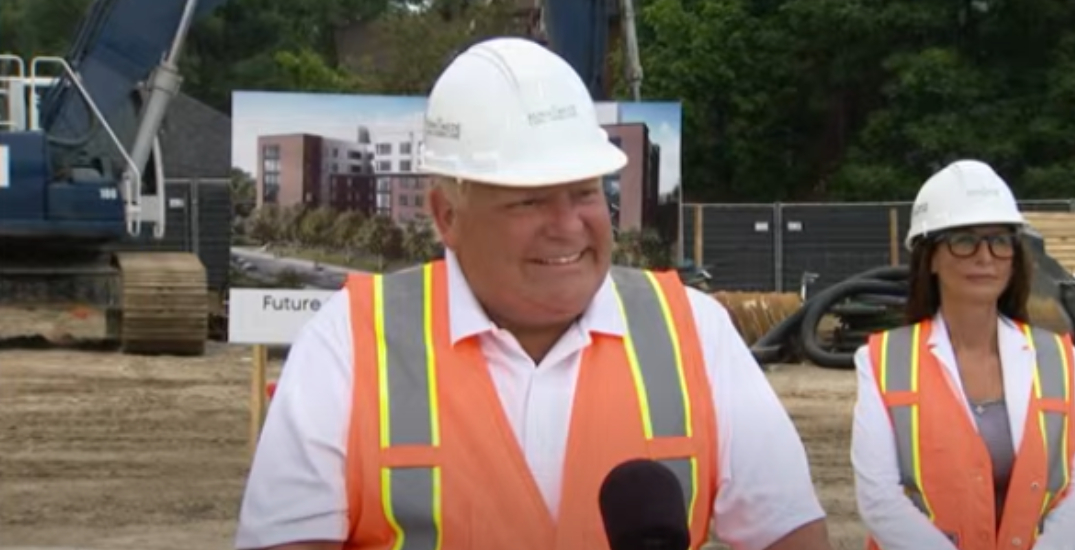 The Government of Ontario will not be implementing a provincial COVID-19 vaccine passport system.

At a press conference on July 15, Ontario Premier Doug Ford said the provincial government would not be providing residents with a standard proof of vaccination card.

On July 13, Moore said the system “wasn’t necessary” due to the willingness of Ontarians to get immunized.

Ford said he also isn’t in favour of requiring proof of vaccination in the workplace, although he noted the measure would be up to private companies, not the province.

Needing a vaccine passport for international travel is also a decision that’s out of Ford’s hands. If such a system is put in place, it will be done so by the federal government.

On Wednesday, Trudeau said that the federal government would leave domestic vaccine documentation up to the individual provinces.

Ford also noted that he would not be making COVID-19 vaccines mandatory for health care workers.

“I think it’s their constitutional right to take it or not take it. These are super bright people that work their backs off…They understand healthcare a lot better than I do,” Ford said.

“We encourage them to do it. I’ve been up here for months begging, pleading [for] everyone to get it, but no one should be forced to do anything.”

When asked if he could potentially change his mind about mandatory vaccines in the future, Ford made his stance clear: “No. Hard no.”