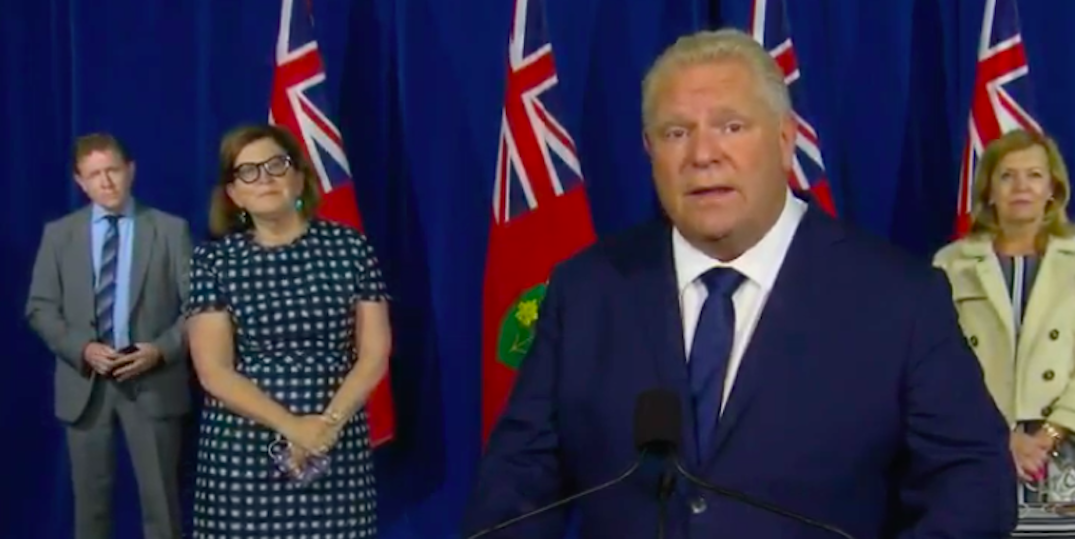 Premier Doug Ford had some mixed messaging about Thanksgiving gatherings and said that Ontario is “flattening the curve” when it comes to COVID-19 cases.

On Tuesday, when asked about Thanksgiving gathering rules, Ford said to “stay within the family” and for single people who are visiting other households to wear a mask and to physically distance.

“Stick within 10 people. We’ve been through so much together this is going make or break it on Thanksgiving. I see the numbers are slowly flattening, we’re flattening the curve. They are still high but I’ve seen it decline yesterday.”

Ford said that the province completed 42,000 tests yesterday, which is the highest on record.

“We see a little bit of the flattening right now but we need get the numbers down.”

With Ontario currently in it’s second wave, the province is experiencing some of the highest new daily COVID-19 cases to date. 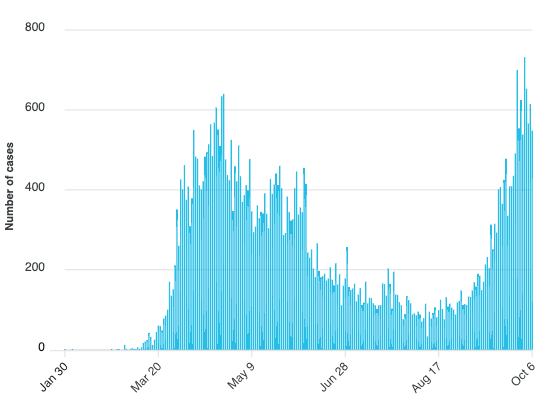 When asked about the confusing messaging around Thanksgiving with people wondering if 10 indoors means that involves people from outside the family, Ford said that for those family members who are visiting from outside the home, they should avoid hugging and kissing.

When asked about it again, Ford changed his response to just sticking with immediate families.

She said for Thanksgiving dinner to be with those in your household only, and for those living alone to participate virtually.